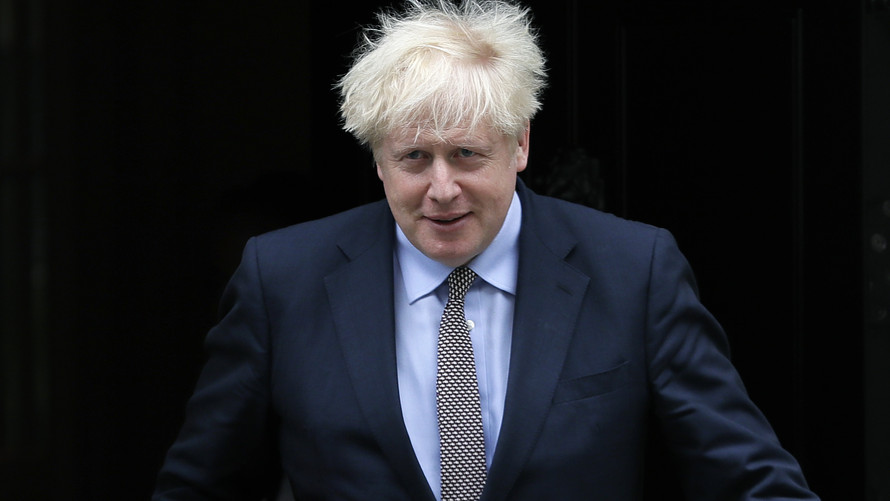 LONDON — British Prime Minister Boris Johnson on Monday defended his plan to unilaterally rewrite Britain’s divorce deal with the European Union as an insurance policy against the bloc’s unreasonable behavior — even as his former attorney general joined the ranks of once-loyal lawmakers condemning the contentious move.

Johnson said a planned law designed to override portions of the Brexit withdrawal agreement was needed because the EU might “go to extreme and unreasonable lengths” in its treatment of former member Britain.

“I have absolutely no desire to use these measures,” Johnson told lawmakers as he introduced the Internal Market Bill in the House of Commons. “They are an insurance policy.”

Johnson’s Conservative government has acknowledged that the bill breaches the legally binding withdrawal treaty that Britain and the EU have both ratified. The legislation threatens to sink the already-foundering negotiations between Britain and the EU on a post-Brexit trade deal.

The U.K. formally left the bloc on Jan. 31, but existing trade rules remain in effect until the end of this year under a transition designed to provide time to negotiate a long-term trade agreement.

With an 80-seat majority in the House of Commons, Johnson is expected to have enough votes to push his legislation through Parliament despite opposition anger.

The bill easily cleared its first House of Commons vote by 340 to 263 on Monday. It will now face attempts to amend or overturn it during several days of detailed scrutiny by lawmakers before another vote.

There is wide unease within Johnson’s party about the law-breaking move.

Geoffrey Cox, who was the government’s top legal officer when Johnson negotiated the Brexit withdrawal agreement less than a year ago, said reneging on the deal would be an “unconscionable” breach of international law.

“I simply cannot approve or endorse a situation in which we go back on our word, given solemnly,” Cox, previously a strong supporter of Johnson on Brexit, told Times Radio. “The breaking of the law ultimately leads to very long-term and permanent damage to this country’s reputation.”

Sajid Javid, a former Treasury chief in Johnson’s government, also said he would not vote for the bill, because “I cannot support the U.K. pre-emptively reneging” on the withdrawal agreement.

As part of the Brexit divorce deal, Britain and the EU agreed to keep Northern Ireland — the only part of the U.K. to share a border with the bloc — bound to some EU rules on trade, to avoid the need for border checks on goods moving between Northern Ireland and the Republic of Ireland. Both sides accepted the compromise to protect the open border, which helps underpin the peace process in Northern Ireland.

The Internal Market Bill would give the British government the power to override the EU’s agreed role in oversight of trade between Northern Ireland and the rest of the U.K.

Johnson claims the EU has threatened to use “an extreme interpretation” of the withdrawal agreement to “blockade” food shipments from the rest of the U.K. to Northern Ireland unless Britain agrees to accept EU regulations.