Brainard calls for major overhaul in how the Fed sets the level of U.S. interest rates 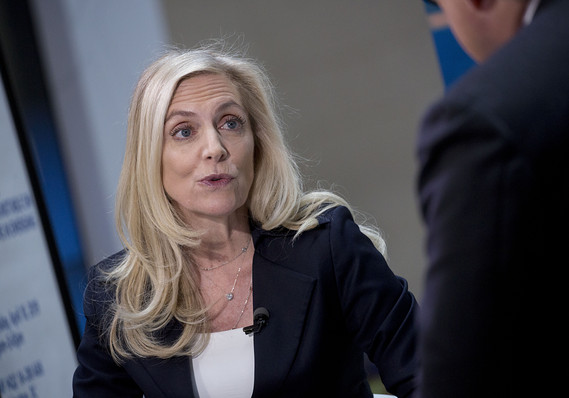 A senior Federal Reserve official on Tuesday said the central bank needs a new approach on monetary policy, suggesting the Fed erred in 2015 when it began to raise U.S. interest rates on a mistaken assumption that inflation would rise.

Federal Reserve Board Governor Lael Brainard said the central bank should avoid raising rates in the future until inflation hit or even exceeds the Fed’s 2% target for an extended period.

If inflation runs below 2% for some time, she said, the Fed should also let it tack above 2% for awhile to ensure the average rate of inflation meets the mark.

“Given the persistent shortfall of inflation from its target over recent years, this would imply supporting inflation a bit above 2% for some time to compensate for the period of underperformance,” Brainard said in an ambitious speech to the New York Association for Business Economics.

Fed officials have been reviewing their handling of the economy and whether they should adopt a new approach in an era of low interest rates. The central bank has founded it harder to set monetary policy with the tools available to the Fed historically.

In an unusual turn, Brainard came close to admitting the Fed made a mistake in 2015 when it began to raise a key interest rate that sets the cost of borrowing in the U.S.

Rarely do Fed officials admit publicly to mistakes. Brainard was part of a majority at the bank who approved the rate increases.

At the time bank officials believed steady economic growth and an unemployment rate falling toward a 50-year low would eventually lead to higher wages and inflation. While prices did rise for awhile, inflation eventually waned and fell well below the Fed’s 2% target.

That didn’t stop the central bank from raising rates nine times from 2015 to 2018, pushing the so-called fed funds rate to as high as 2.5% from basically zero.

Higher rates contributed to somewhat slower U.S. growth and triggered harsh criticism from President Trump. The Fed has since cut rates three times since July, putting fed funds at a range of 1.5% to 1.75%.

“As we saw in the United States at the end of 2015 and again toward the second half of 2016, there tends to be strong pressure to ‘normalize’ or lift off from [zero interest rates] preemptively based on historical relationships between inflation and employment,” said Brainard, referring to an old economic assumption known as the Phillips curve that suggest a tight labor market spawns inflation.

Brainard said a better approach in the future would be to adopt a form of inflation averaging. The Fed would hold off from raising rates until inflation has achieved a 2% average over, say, “the course of a year.”

Another peg in the Fed’s 21st century approach to monetary policy could be controlling the yield curve — the spread between short- and long-term Treasury notes. Such a dramatic policy would effectively act as a cap on the rates of government securities.

It’s far from clear that Brainard’s thinking reflects a majority view of the Fed leadership, but most analysts think the Fed will add some new tools to its monetary-policy tool kit.