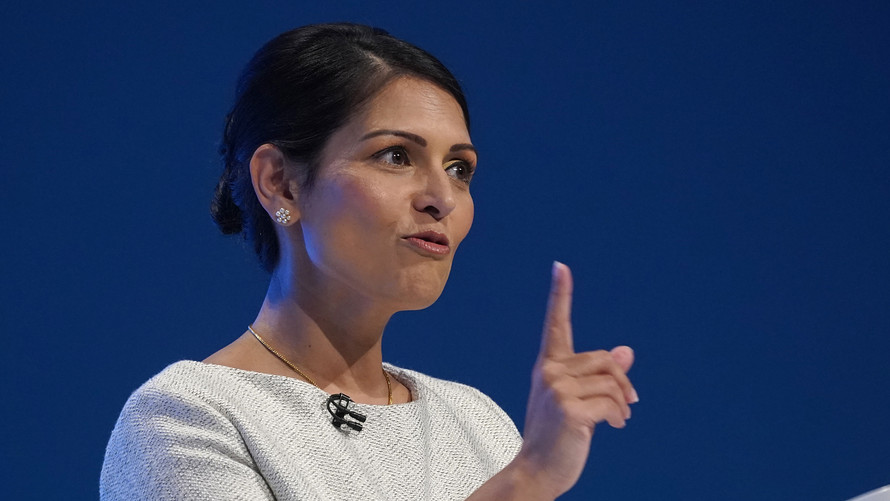 Britain’s home secretary Priti Patel stood by controversial new quarantine restrictions on travelers arriving in the U.K. despite fierce criticism from MPs that the measures would have severe consequences for the country’s already battered aviation, tourism and hospitality industries.

Patel said the government was also exploring the idea of “air bridges” with some countries, which would allow tourists to avoid having to isolate for 14 days.

In a statement to the House of Commons on Wednesday, Patel said the quarantine measures were needed to protect the health of the British people and that she “will not allow a reckless minority to put quarantine at risk.”

“The scientific advice has been consistent and clear,” Patel said. “We are past the peak—but we are now more vulnerable to infections being brought in from abroad.”

Under the measures, which will come in force on June 8, most arrivals to the U.K. will be required to self-isolate for 14 days or face a £1,000 fine.

Arrivals will also have to fill in a “contact locator form,” including details on where they will isolate and how they can be contacted. Passengers will need to be able to show a receipt - printed or on a phone - proving the form has been completed. Those that don’t comply could be fined £100 ($125) by Border Force officials.

Patel said the measures will be reviewed regularly to ensure they are “proportionate,” with the first review set to take place the week starting June 28.

Her statement came as a further 179 people died with coronavirus in hospitals in England in the past 24 hours, bringing the total number of deaths in hospitals to 27,044.

The quarantine restrictions immediately came under attack from both the opposition party and Conservative MPs. Former prime minister Theresa May said international air travel was necessary for trade and questioned why the government was not taking a lead in developing an international aviation health screening standard “to save jobs and ensure that Britain is open for business?”

Conservative MP for Winchester Steve Brine said many people will think “it’s the right move at the wrong time.”

“We keep being told to use our common sense but the idea that this was wrong when Europe was at the center of a pandemic and right now doesn’t add up to me,” Brine said.

Ben Spencer, MP for Runnymede & Weybridge, called the 14-day quarantine “a very blunt tool” with many downsides and consequences for the aviation industry.

Patel said the government would continue to have an ongoing dialogue with the industry.

On Monday, dozens of top holiday companies and hotel owners called on the U.K. government to scrap plans forcing visitors to quarantine on arrival in the country. More than 70 travel firm bosses have written a letter to Patel claiming the policy would cut the number of visitors to Britain, further damaging the “severely challenged” travel industry.

“The very last thing the travel industry needs is a mandatory quarantine imposed on all arriving passengers which will deter foreign visitors from coming here, deter U.K. visitors from traveling abroad, and most likely cause other countries to impose reciprocal quarantine requirements on British visitors,” said the letter, which has been seen by MarketWatch.

The U.K. Travel & Tourism sector contributed £200 billion to the U.K. economy last year, accounting for around 9% of gross domestic product and almost four million jobs, or 11% of the country’s entire workforce, according to data from the World Travel & Tourism Council (WTTC).

Patel also said the government will continue to explore other options for future safe travel, including “international travel corridors.” She said any international approaches will be bilateral and “agreed with the other countries concerned.”

A source at the French foreign ministry told the BBC that France and the U.K. haven't opened bilateral talks over a possible lifting of the upcoming quarantine between the two countries.

“For the moment, we are applying the principle of reciprocity. If the U.K. imposes a quarantine period, we will apply it too,” the official told the public service broadcaster.

Earlier on Wednesday, Germany said it will lift a travel ban for European Union member states as well as Britain, Iceland, Norway, Liechtenstein and Switzerland from June 15, but will continue to advise against travel to Britain for as long as the U.K. government continues to demand a 14-day quarantine for new arrivals.