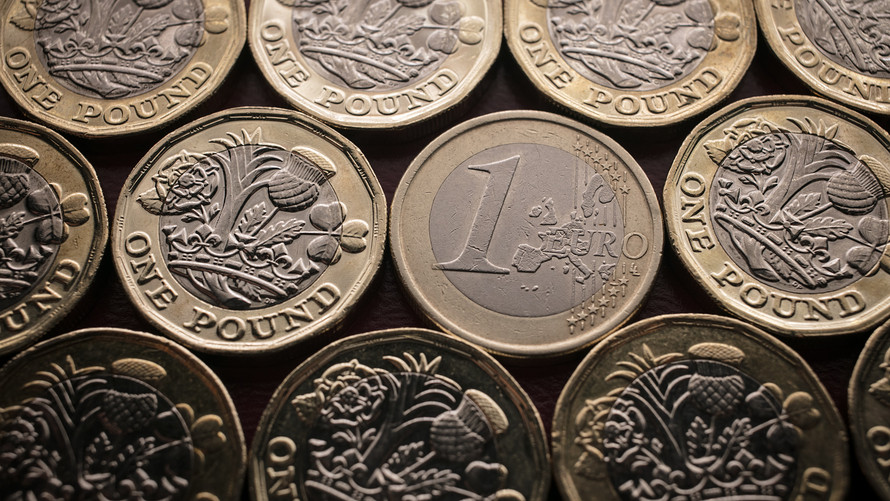 The U.S. dollar’s rivals reaped the benefits of a weak buck on Monday, with both the euro and the British pound gaining.

British lawmakers will vote Jan. 15 on May’s Brexit plan, the BBC reported, citing government sources. The vote had been set for December but was postponed at the last minute to avoid defeat. The deal sets out the terms of the U.K.’s exit from the European Union, which is due to take place on March 29 regardless of whether Parliament OK’s the agreement May struck with fellow EU leaders.

Don’t miss: Here are 4 ways Brexit could play out, in 1 chart

The biggest driver “in this market will likely remain the pound and while the rate has moved back above the $1.27 handle, it wouldn’t be too surprising if we experience fairly quiet trade in the coming days in a kind of calm before the storm as traders await next week’s key Brexit vote on PM May’s deal,” said David Cheetham, chief market analyst at XTB, in a note.

Meanwhile, the dollar could be vulnerable to further softness amid expectations that the Federal Reserve will adopt a slower pace of rate increases, or perhaps even pause the tightening cycle, Cheetham said.

The dollar fell Friday, giving back gains scored after a much stronger-than-expected jobs report, following remarks by Fed Chairman Jerome Powell that were interpreted by investors as a sign the central bank was prepared to cool its tightening pace amid growing jitters among market participants that the economy is slowing.

Powell said the Fed would be flexible when it comes to future monetary-policy decisions. “We will be prepared to adjust policy quickly and flexibly to use all our tools to support the economy should that be appropriate,” Powell said in a panel discussion in Atlanta alongside Janet Yellen and Ben Bernanke, his immediate predecessors as the head of the central bank.

In fact, interest-rate expectations between the U.S. and other developed nations have been trending against the U.S. dollar for some time, said Steve Barrow, head of G-10 strategy at Standard Bank, in a note, though the dollar has been slow to respond.

“The first clue comes from the movement in dollar/yen which underwent a spectacular ‘flash crash’ last week. We’ve long held the view that dollar/yen /zigman2/quotes/210561789/realtime/sampled USDJPY +0.0826%  will trade back through ¥100 and on to ¥90 over the next couple of years. Last week’s slump suggests that this move may be starting,” he said.

The so-called flash crash occurred as the dollar and several other currencies saw an extraordinary plunge versus the Japanese yen after U.S. trading wound down Thursday and just as Asia-Pacific trading got under way. The combination of thin trading conditions and Apple Inc.’s /zigman2/quotes/202934861/composite AAPL -2.97%  announcement that sales would be weaker than forecast were blamed for the move, which came amid haven-related buying interest in the yen.

Read: Here is the most volatile period in Asian currency trading

“Where dollar/yen leads other currencies could follow, especially currencies where central banks are starting to hike rates (Sweden) /zigman2/quotes/210561879/realtime/sampled USDSEK +0.0913%  or where the momentum of rate hikes already in place seems likely to continue (Canada) /zigman2/quotes/210561978/realtime/sampled USDCAD +0.1729% ,” Barrow said.