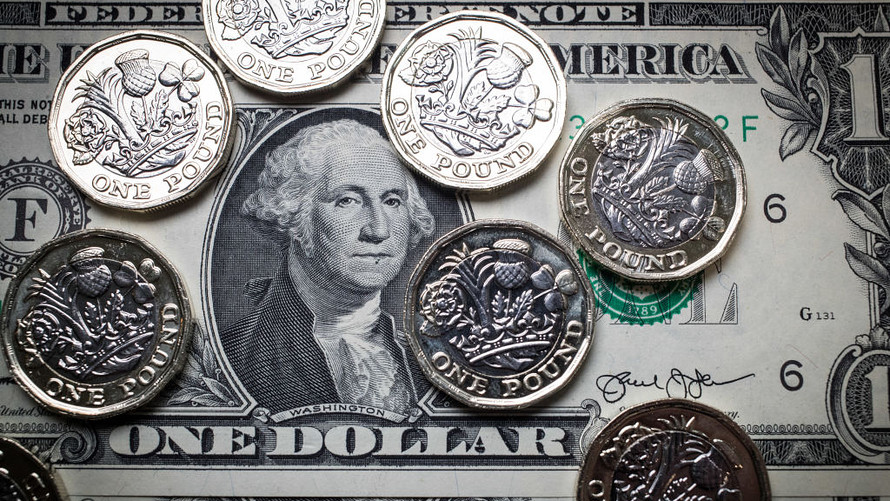 Brexit was the name of the game in Tuesday currency trading, with reports of possible delays to the fast-approaching deadline and a second referendum driving the British pound to its highest level since September at its peak.

“There is one story in Europe today and that is Brexit,” said Marc Chandler, chief market strategist at Bannockburn Global Forex.

The British pound /zigman2/quotes/210561263/realtime/sampled GBPUSD -0.0217%  was the best-performing G-10 currency on Tuesday, initially boosted by reports that Prime Minister Theresa May will rule out a no-deal Brexit in response to the threat of revolt by 15 ministers. Throughout the day, May said a vote on her Brexit deal would be held on March 12, followed — should her deal be rejected again — by a vote on whether Parliament would support a no-deal Brexit on the following day. If that is voted down as well, lawmakers would on March 14 weigh in on extending article 50 beyond March 29.

Naeem Aslam, chief market analyst at ThinkMarkets, said May’s recent speeches in parliament have amplified uncertainty around her Brexit strategy. “She is changing direction like a revolving door. She has pushed the fate of the country on the cliff edge,” he said in emailed comments.

Labour Party MP Yvette Cooper, who is bringing a proposal to extend article 50 should no deal be agreed by the middle of next month, said the premier had already conceded much of what her proposal wanted to achieve.

On Monday, sterling strengthened after the U.K.’s Labour Party announced it would support or bring forth a proposal for a second Brexit referendum. A group of independent members of parliament will bring a motion for Parliament to vote on a second referendum that will be debated in the House of Commons on Wednesday, according to local reports.

Don’t miss: As Brexit clock runs, the pound is only priced for a ‘soft’ split

Sterling reached multimonth highs against the euro and the dollar on the back of the tumult. It last fetched $1.3272, up from $1.3097 late Monday in New York. At Tuesday’s peak of $1.3289, the pound was at its best level since late September, according to Dow Jones Market Data.

As far as the dollar is concerned, traders were watching Federal Reserve Chairman Jerome Powell’s semiannual congressional testimony, at which the Fed boss reiterated that the central bank would be patient when it comes to future interest-rate increases. When asked about the politicization of interest rates — President Donald Trump previously criticized Powell’s rates policy — the chairman said he was committed to setting policy in a nonpolitical way.

In economic data, December housing data saw housing starts and the Case-Shiller home price index ease from previous levels, while building permits were roughly flat from the prior number. The consumer confidence index beat expectations in February, at 131.4, versus 124.7 expected.

Against the Japanese yen /zigman2/quotes/210561789/realtime/sampled USDJPY -0.0147% , the dollar slipped 0.5% to ¥110.50, following a spike to a two-month high on Monday when risk appetite was rising on the back of optimism about U.S.-China trade relations. The yen typically fares well in times of waning appetite for assets perceived as risky because the currency is considered a haven.