X
Tweet
Share this bulletin
Get news bulletins by email
Bulletin What is Elon Musk's 'Master Plan 3' for Tesla? Here's when we'll find out. »
Investor Alert

Fixes story to reflect where Ashtead Group is listed. 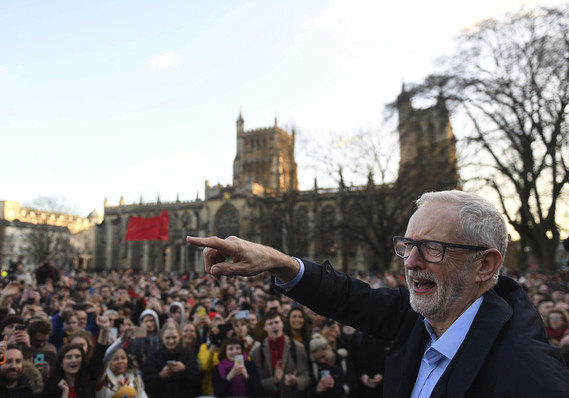 The British pound climbed on Tuesday, with the U.K. currency extending gains on the expectation the Conservatives will win a majority in Parliament during the general election on Thursday.

The U.K.’s currency’s strength came even after relatively disappointing economic data was released. The British economy failed to grow in the three months ending October, and industrial production declined more than forecast.

“While the data will provide a welcome distraction to the market, the main direction for sterling is likely to derive from Thursday’s vote and expectations of a Brexit path thereafter,” said Sam Cooper, vice president of market risk solutions at Silicon Valley Bank.

Opinion polls show the Boris Johnson-led Conservatives ahead of the Jeremy Corbyn-led Labour party, with most but not all showing a lead greater than the 7 percentage points that most experts say would lead to an overall majority. Markets expect the Conservatives to push through a deal to exit the European Union if Johnson’s party wins a majority.

Of U.K. stocks on the move, Ashtead Group /zigman2/quotes/200232063/delayed UK:AHT -0.39%  slumped nearly 7% as the provider of rental equipment said its results would be in line with expectations, except for its U.K. arm and the impact of currencies.