LONDON (MarketWatch) — British shares fell sharply Tuesday as the heavyweight banking and mining sectors came under pressure from continued fears over the European periphery, while heightened tensions between North and South Korea were also in the spotlight. 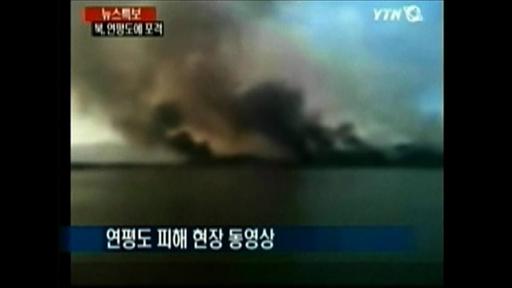 South Korea says dozens of artillery shells from North Korea have hit buildings and prompted an exchange of fire. Video courtesy of Reuters.

Bank stocks extended the previous session’s losses, when bailout plans for Ireland failed to boost market confidence. The bailout is conditional on Ireland agreeing to heavy spending cuts, but pressure for an early general election has put that agreement in doubt.

Irish Prime Minister Brian Cowen said late Monday that he would remain in office to try and push the budget through parliament, but would then call an election.

Gary Jenkins, head of fixed-income research at Evolution Securities, said that after Greece received a bailout, yields on Greek debt dropped as much as 4 percentage points before they started to climb again. But in the case of Ireland, yields ended the day on Monday just 2 basis points — or 0.02 percentage points — lower.

He said the idea of the European Union’s 750 billion-euro financial stability facility was “to try and stabilize the market via the use of a big figure.”

“However, these actions have not persuaded the market to fund some of the damaged sovereigns and the reaction to the Irish bailout will have been very worrying for euro area officials,” he added.

Standard Chartered PLC /zigman2/quotes/200125072/delayed UK:STAN -0.68% , which does much of its business in Asia, fell 2.7% after North and South Korea exchanged artillery fire. South Korea reportedly moved to its highest level of peacetime alert following the shelling. See full story on the hostilities.

Mining stocks fell across the board, with Vedanta Resources PLC  dropping 4.6% to lead the sector lower.

Among smaller companies, shares in banknote paper printer De La Rue /zigman2/quotes/206574260/delayed UK:DLAR +1.78%  slumped more than 10% after the group said it’s scrapped a plan to buy back shares due to production problems that had previously resulted in the departure of its chief executive.

Revenue at the group dropped 17% in the latest six months after it halted production of some banknote paper. The company had previously said some employees had deliberately falsified certain test certificates for the paper.

Shares of Mitchells & Butlers PLC /zigman2/quotes/209008939/delayed UK:MAB -1.57%  dropped 2.6% after the pub operator reported a net loss for the latest fiscal year and said it hasn’t made a decision on when to resume dividend payments.

Bucking the negative trend, engine maker Rolls-Royce Group PLC  rose 1.4% after Australian airline Qantas Airways Ltd. /zigman2/quotes/205534063/delayed AU:QAN -1.44%  said it will restart some of its Airbus A380 services this weekend.

The airline had halted all A380 flights earlier this month after a Rolls-Royce Trent 900 engine failed in midflight, forcing an emergency landing in Singapore.