British stocks pummeled by most since the 1987 crash 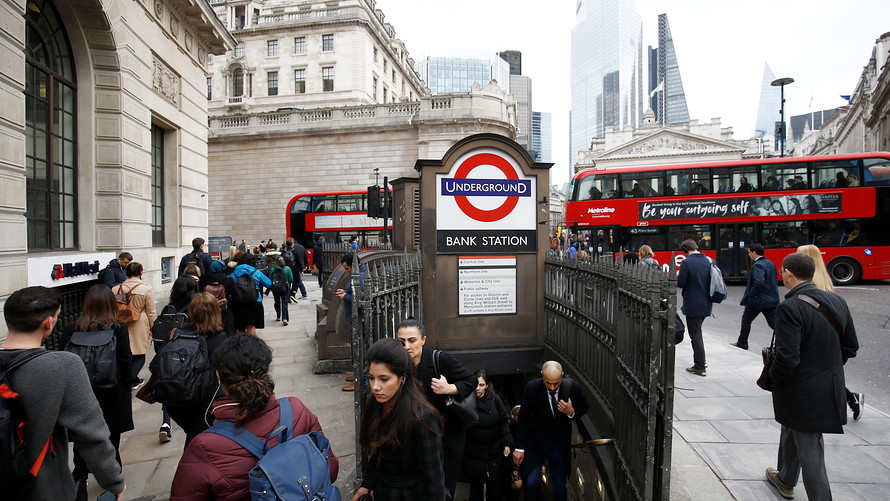 Reuters
People emerge from the Bank underground station in the City of London financial district, following an outbreak of the novel coronavirus, in London, England on March 11, 2020.

British stocks joined a global rout on Thursday, leading to the worst single-day percentage drop since 1987 on concerns the world-wide economy will seize up.

The European Central Bank’s decision not to cut interest rates, though it unveiled other measures designed to stimulate lending, also added pressure.

“There is likely to be more attention-grabbing headlines out of the U.S. and Europe over the coming days and perhaps weeks but as the perceived severity of the pandemic has increased, the scope for the market being negatively surprised should reduce in a similar manner,” said James Klempster, director of investment at Momentum Global Investment Management.

“That is not to say that all the bad news is in the price yet but the past week has seen a much greater acceptance of the increasing severity of the economic impact of the large-scale shutdowns that seem inevitable presently. From a long-term perspective the scale of the market moves piques our instinct to buy cheap assets, but given the acceleration of negative news flow it does not feel necessary to be too brave yet from a risk perspective.”

International Consolidated Airlines /zigman2/quotes/208070069/delayed UK:IAG -3.33%  fell nearly 10%. Its Spanish unit, Iberia, will be impacted by Trump’s European travel ban. The U.K. and Ireland are exempted, which means British Airways and Aer Lingus will see less of a hit from the move.

Carnival /zigman2/quotes/210414141/delayed UK:CCL -4.65%  dropped 21% after announcing it was suspending global operations of its Princess Cruises for two months.