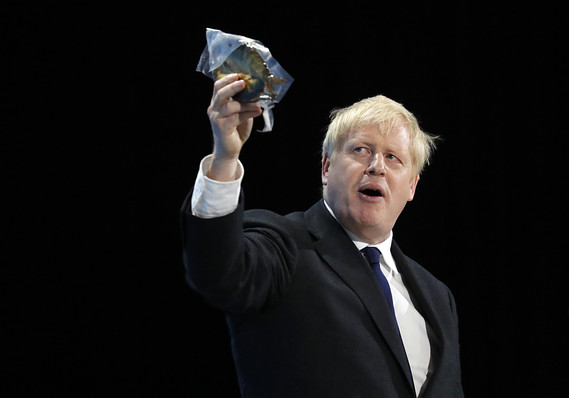 British stocks rose to nearly an 11-month high on Wednesday, as the Conservative Party’s election of Boris Johnson to lead the party was set against a backdrop of global optimism for stocks.

Read: Boris Johnson announced as Britain’s next prime minister — what happens next for markets

To the surprise of few, Johnson won the Conservative party leadership race handily over Jeremy Hunt,setting the stage for the former mayor of London to become the prime minister.

Analysts at UBS say the market is pricing in nearly a 50% chance of a no-deal Brexit, which the brokerage thinks is overstating those risks. UBS point out Johnson faces barriers including the party’s lack of a majority in Parliament and that the party that is not united. “So although a no-deal Brexit remains possible, we believe the U.K. is more likely to ask for a further extension to exit day, whether due to a change in stance from Mr. Johnson, or due to a no-confidence vote followed by a general election.”

Citi expects a general election in the autumn. “Mr. Johnson’s best chance of success is to position himself as being ‘forced’ into an election by 1) adopting an initially conciliatory tone vis-à-vis negotiations with the EU and 2) continuing to demand a renegotiation of the backstop or no deal,” analysts there said.

Outside the U.K., the focus was on a debt-ceiling deal tentatively reached in the U.S. and reports of progress on U.S.-China trade talks.

Shares of U.K.-listed currency printer De La Rue /zigman2/quotes/206574260/delayed UK:DLAR -1.92%   dropped 16% as the company said the UK Serious Fraud Office has opened an investigation into suspected corruption in the conduct of business in South Sudan. De La Rue says it intended to cooperate with the probe. It said it is not possible “to predict reliably what effect their outcome may have on De La Rue.”