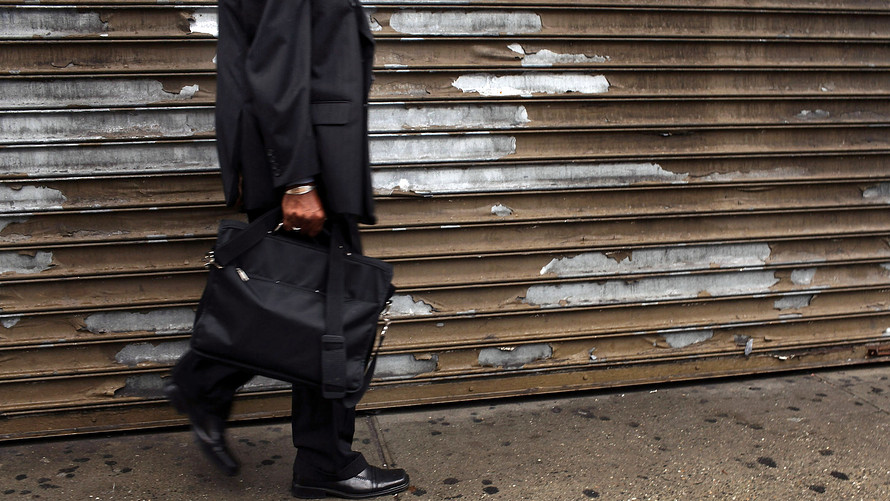 Getty Images
The state of business in the U.S. is not looking nearly so good lately as the coronavirus spreads and CEOs get anxious about the prospect of Bernie Sanders winning the Democratic presidential nomination.

The hope going into 2020 was that the U.S. economy would get an adrenal rush from stronger business investment after an interim deal that tempered trade tensions with China.

Those hopes appear to have been dashed.

A spreading coronavirus in China and elsewhere is snarling global supply chains, making it harder to obtain parts for new autos, produce iPhones or cater to jet-setting tourists, among other things. The disruption is bound to hurt sales and production and make companies even more hesitant to invest in big new projects.

The first major sign of the damage the viral outbreak is causing to the U.S. economy came last week from a survey of business executives. IHS Markit said its barometer of business conditions turned negative in February for the first time in four years. A number of companies including Apple /zigman2/quotes/202934861/composite AAPL +1.20%  also warned that sales could fall short of forecast.

Read: What Apple, P&G, Walmart and Co. are saying about the coronavirus outbreak

For weeks, most economic forecasters have been sticking to the view that corona-related disruptions would be temporary. Just last Friday, several senior Federal Reserve officials predicted the hit to the U.S. would be “short” one.

Even if they are right, though, a big dose of uncertainty is suddenly clouding the economic outlook. The seemingly clear skies from last month have largely been obscured. The Dow Jones Industrial Average /zigman2/quotes/210598065/realtime DJIA +0.68% sank by as much as 800 points in Monday trades and bond yields tumbled to fresh lows.

“The coronavirus is rapidly slowing the momentum of the global economy and sucking the oxygen out of financial markets,” said Scott Anderson, chief economist at Bank of the West.

And: Industrial output slumps in January for fourth decline in past five months

In more ordinary times, Wall Street would be zeroing in this week on the latest trends in business investment including the monthly report on durable goods when it is published Thursday.

Yet even if investment rebounded in January, and economists predict no gain, it’s already old news. Investors want to know what happened in February after the viral epidemic captured headlines around the world. Instead they’ll have to wait another month to learn the answer.

By that time, the viral outbreak could be under control and the economic outlook could turn sunny again, but don’t expect businesses to jump to any conclusions given the lack of progress so far in containing the COVID-19 outbreak. It could get a lot worse before the tide is turned.

“Clearly there are enough shockingly weak data points cropping up in China, and elsewhere to counsel caution in the face of this great unknown,’ said Douglas Porter, chief economist at BMO Capital Markets.

Another worry of business executives is the increasing likelihood that Bernie Sanders, a self-described socialist, could win the Democratic primary vote and to set up a showdown with President Trump in the November elections.

The senator from Vermont appears to have taken a clear lead over his rivals early in the race. Sanders has promised to sharply raise business taxes and increase regulations if elected.

Some companies say they’ve become more cautious in the face of “growing uncertainty ahead of the presidential election later this year,” according to chief business economist Chris Williamson of IHS Markit.

The potential nomination of Sanders as the Democratic party’s presidential candidate has caused one prominent Democratic-leaning Wall Street bigwig, former Goldman Sachs CEO Lloyd Blankfein, to say he would find it hard to vote for Sanders.

Read: Ex-Goldman boss Lloyd Blankfein ‘might find it harder to vote for Bernie’ than Trump