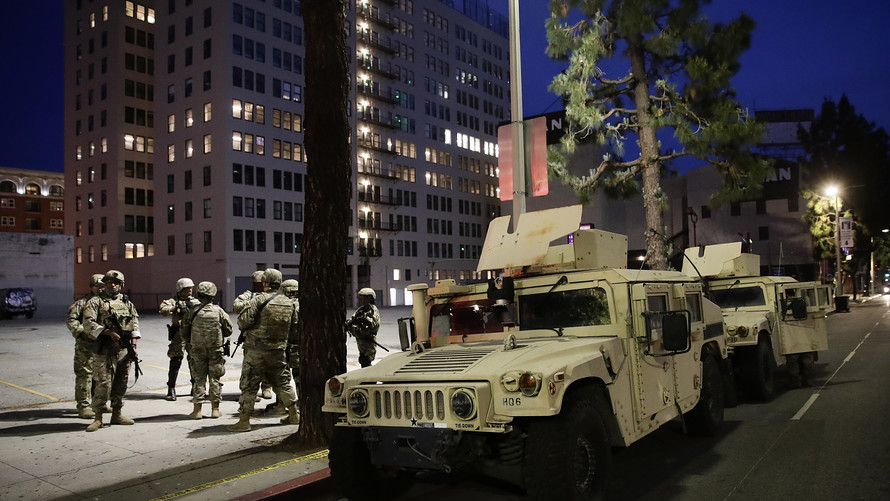 Associated Press
National Guardsmen stand next to Humvees as protests over the death of George Floyd continue Sunday, May 31, 2020, in Los Angeles.

SAN FRANCISCO — The state Department of Human Resources sent a directive to close all California state buildings “with offices in downtown city areas” on Monday, a sweeping mandate that covers everything from Department of Motor Vehicles offices to those that license workers and provide health care.

“After consultation with the California Highway Patrol and Office of Emergency Services, the decision was made this evening to advise all state departments with offices in downtown city areas to close tomorrow, and to notify staff of the decision,” said Amy Palmer, a spokeswoman for the state Government Operations Agency.

The directive was sent Sunday evening and it was left up to officials at individual agencies to determine which buildings should be closed.

A state Department of Justice memo sent to employees said the attorney general’s offices in Sacramento, Oakland, San Francisco, Los Angeles and San Diego would be closed, though employees who can work from home should do so.

“Staff assigned to these offices should not report to work for any reason. Staff who are able to telework should continue to do so despite the office closures,” the memo said.