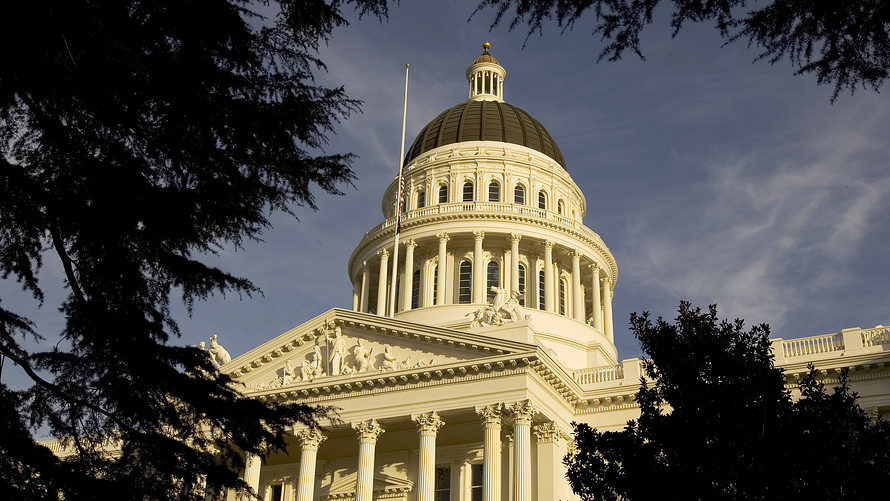 Getty Images
California lawmakers are considering a bill that would regulate student-loan companies.

For decades, Max Soucia has been trying to stay current on his student loans.

Since he graduated with his master’s degree in divinity in 1993, Soucia, 72, has been in touch on and off with the various student-loan companies hired by the government to manage his debt.

Despite taking steps on several occasions to understand his options, Soucia’s loan balance ballooned from the $40,000 he initially borrowed to roughly $300,000. He defaulted on his loans and now the government is garnishing 15% of the $900 a month he receives in Social Security benefits to pay back the loans.

Late Wednesday, a ‘student-loan borrower bill of rights’ moved one step to becoming law after it passed the state Senate’s Banking Committee.

For Soucia, student-loan companies have been a costly source of confusion. They allowed his loans to languish in forbearance, a status where payments are paused but interest continues to build, said Soucia, who lives in Citrus Heights, Calif.

At one point, Soucia believed he had arranged to put his loans into one of an affordable repayment plan that allows borrowers to pay off their debt as a percentage of their income. But he later discovered his loans were in default and it took multiple calls to his servicer to get them to confirm that was the case. 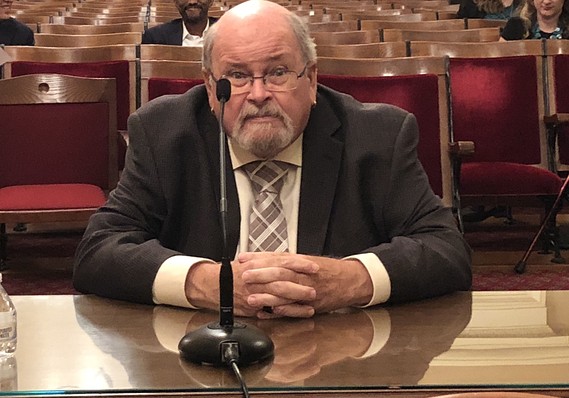 “It’s always felt like this big ball of fog,” said Soucia who is now retired, but worked as a community minister (for a $100 monthly stipend) and with foster children and later with adults with developmental disabilities. He’s never earned more than $30,000 annually since he graduated.

“You reach in and you sign the paperwork and you pull out some money to go to school. You kind of pay it back into that ball of fog. When you call up, you call a ball of fog — it’s never been really clear.”

‘It’s always felt like this big ball of fog.’

Now a proposed California law aims make troubling stories like Soucia’s a thing of the past. A bill winding its way through the state legislature aims to establish a “student-loan borrower bill of rights” and create an ombudsman that borrowers could turn to with their complaints.

The bill would need to pass the full Senate and be signed by Democratic governor Gavin Newsom for it to become law. Supporters are optimistic of its chances, given the attention on student debt. In addition, California already successfully established some student loan servicing regulations in 2016 .

The bill would also ban abusive or deceptive practices in student-loan servicing, put new requirements on how student-loan companies process student-loan payments and require the companies to have specialized training for representatives to help military borrowers, older borrowers, borrowers with disabilities and borrowers in public service.

In addition, it would require student-loan companies to turn over data on their activities to the state’s Department of Business Oversight, which the agency could then use to publish information on how well the companies are serving borrowers. Finally, the bill gives borrowers the power to sue their student loan companies if they believe they’ve been wronged.

This expanded proposal comes as states across the country have introduced or passed laws regulating student-loan companies. California’s version is arguably the most aggressive and, if passed, would impact roughly 3.8 million borrowers carrying $141 billion in student loans.

Mark Stone, the Democratic assembly member who introduced the bill, said he’s been concerned about student debt for years, which he describes as “an issue of our time.” As he looked for ways to help borrowers cope, he discovered that servicers — the companies that are the main point of contact for borrowers repaying their loans — were taking “undue advantage” of borrowers.

That’s a concern borrower advocates and some lawmakers have shared for years. They say the these companies prevent borrowers from accessing protections they’re entitled to under the law to help them repay their debt in a timely fashion, and that’s exacerbating the nation’s $1.5 trillion student-loan problem.

‘This is a critical and necessary step in which the state of California makes clear that they will no longer tolerate the millions of Californians with student debt getting ripped off.’

If the bill becomes law, Stone said he’s hopeful it will mitigate this problem, at least for California borrowers. “We’re trying to make the servicers more accountable to who you would think are their customers or clients,” he said.

That’s particularly important in light of the environment in Washington, as the Trump administration has pulled back from regulating student-loan companies, Stone said.

“State policymakers are fed up waiting for Washington to actually do right by student loan borrowers,” said Seth Frotman, the executive director of the Student Loan Borrower Protection Center and the former student loan ombudsman at the Consumer Financial Protection Bureau. “This is a critical and necessary step in which the state of California makes clear that they will no longer tolerate the millions of Californians with student debt getting ripped off.”

Student-loan companies say the law would be burdensome

Buchanan contends that this bill — and other state student-loan bills — would conflict with the federal government’s oversight of the companies, which are contractors of the Department of Education. That particular battle is being fought in courts across the country.

These conflicting requirements “does create a cost that inevitably will be passed on either to the federal government or to the borrowers,” he said.

Frotman, however, is optimistic that if the bill were signed into law it would survive a legal challenge questioning California’s authority to regulate student-loan servicers. “This bill was well-crafted and is extremely thoughtful to ensure that the steps taken and contemplated and ultimately passed are well within the bounds of what a state can and should be doing to protect the consumers in their state,” he said.

In the meantime, Soucia is still sorting through the confusion he’s experienced trying to manage his own debt. “My intent was not to die with student loans,” he said.