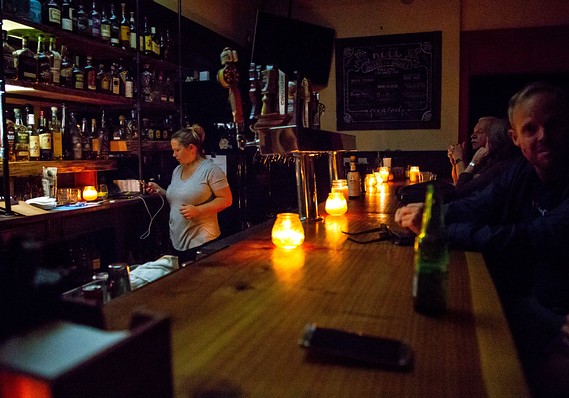 Getty Images
Can the world’s fifth-largest economy be run by candlelight?

Here’s some news you may have missed, what with the fuss about the multifaceted Ukraine scandal, the U.S. bailing on the Kurds and the NBA-China censorship: About 1.5 million people in one of the most productive metros in the world have lost their electricity with almost no warning because of climate change.

We were told the economic impact of climate change would be gradual, manageable and predictable. That’s the view of Yale University professor William Nordhaus, who won a Nobel for saying so.

Most government policy makers have adopted Nordhaus’ rosy assumptions to justify their less-than-urgent efforts to reduce greenhouse-gas emissions that cause global warming.

Meanwhile, back in the real world, the utility company in Northern California — Pacific Gas & Electric Co. /zigman2/quotes/202583141/composite PCG +3.93%  — pulled the plug on hundreds of thousands of customers in an effort to prevent the sort of wildfires that swept through the state in the previous two years, causing billions of dollars in damage and leaving PG&E in bankruptcy court on account of its liability for sparking some of those fires.

The utility says the power could come back on in five days or so, but it made no guarantees. These sorts of blackouts could become commonplace if California doesn’t get some rain. Did I mention that global warming is making extreme events, such as droughts and wildfires, much more frequent and severe ?

The latest blackouts in the Bay Area could cost as much as $2.5 billion in lost output, the Wall Street Journal reports. That’s hardly even a ripple in a state with annual gross domestic product (GDP) of $3.1 trillion, but that’s not the point.

The point is that economists could be badly underestimating the potential costs of letting the climate heat up by only a few degrees. Their mistake could be existential for humanity.

After demolishing Nordhaus’ claim that even a 6-degree increase would barely put a dent in the economy, Australian economist Steve Keen says Nordhaus and his followers have “put us into a ‘Dirty Harry’ movie gone bad.” And the climate is sneering at humanity: “Do you feel lucky, punk?”

Keen is not alone. Harvard University economist Martin Weitzman had argued powerfully for the urgency of reducing emissions for years before taking his life in August. But his ideas live on.

Read about “The deadly hidden risks” in this long-form article

Then there is this: “The biggest risks from climate change are associated with consequences that are unprecedented in human history and cannot simply be extrapolated from the recent past,” according to the authors of a major new paper challenging the conventional economic wisdom about climate change.

“These uncertainties mean that the impacts are difficult to represent in terms of costs and benefits and are therefore often ignored or omitted from economic models,” concluded the scholars from Columbia University, the London School of Economics, and the Potsdam Institute for Climate Impact Research.