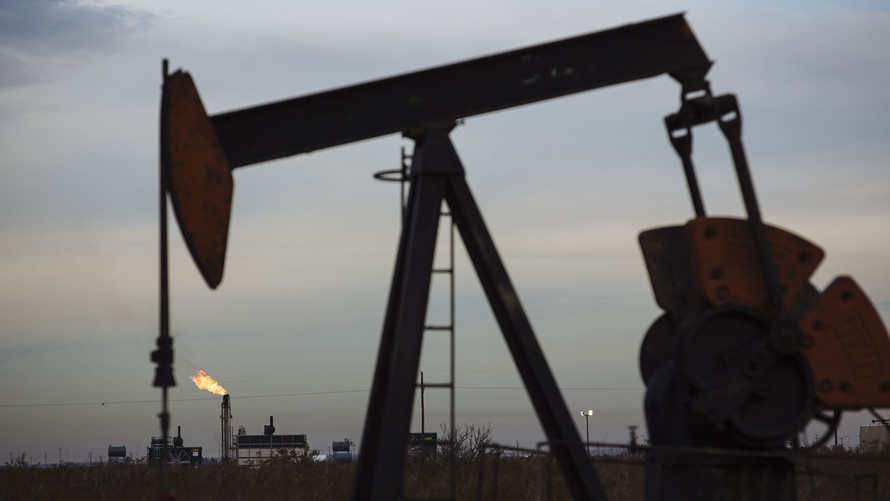 Bloomberg News/Landov
A pump jack stands at dusk in the Permian Basin in Texas.

The latest Permian Basin play is a “merger of equals” between Callon Petroleum Co. and Carrizo Oil & Gas Inc., a deal viewed as positive for both midsize companies but not without some stumbling blocks.

Carrizon shareholders will receive 2.05 Callon shares for each share owned, equal to $13.12 per Carrizo share based on its closing stock price on Friday and an 18% premium over Carrizo’s trailing 60-day, volume-weighted average price.

Callon shareholders will own 54% of the combined company, which will have about 120,000 acres in Texas’ Permian Basin and another 80,000 in the state’s Eagle Ford basin.

That would give both Houston midsize companies the “necessary scale” for their current developments in these all-important, prolific Permian as well as high cash-flow producing assets with quicker cycles in other areas, analyst Jordan Levy at SunTrust Robinson Humphrey said in a note Monday.

“Additionally, we continue to be positive on dual-basin portfolios given the access to additional takeaway markets and associated price diversification,” the analyst said. “We have a high confidence in the transaction getting approved given necessity of scale for both companies and associated free cash flow production.”

The companies forecast between $100 million and $125 million in annual synergies. The deal is expected to close in the fourth quarter of this year.

Occidental sweetened the pot by shifting the mix of its cash and stock offer for Anadarko, upsizing the cash part, with an eye on Anadarko’s shale holdings, especially in the Permian Basin, as well as deep-water and liquefied natural gas projects.

Chevron eventually bowed out of a bidding war — and asked for its $1 billion termination fee. Wall Street lauded the move as a commitment to capital discipline.

Not all is positive in the Callon-Carrizo deal, however. Analysts at Simmons predicted that, despite the potential positives, there could be “some investor pushback as many viewed (Callon) as more of a consolidatee over time,” they said.

“Accordingly, with the innate complexity associated with successful integration of two organizations and the shift in one of the underlying premises of the stock, we expect there could be an increased risk premium associated with the equity for a period of time,” the analysts said.

For Joel Musante at Alliance Global Partners, the Callon-Carrizo deal “looks cheap at these valuation metrics.” A larger company, in addition to enjoying operational advantages and cost savings in the Permian and elsewhere, “may realize a more attractive valuation multiple going forward,” he said.