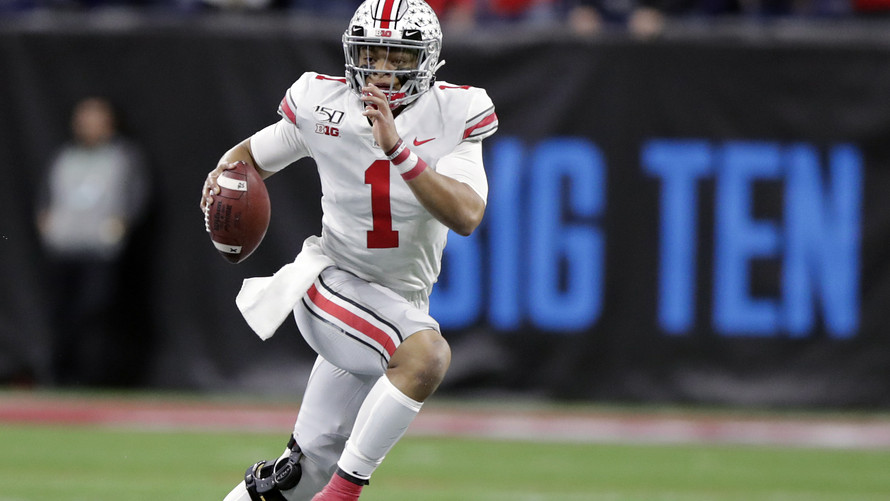 “Life is about tradeoffs. There are no guarantees that college football will be completely safe — that’s absolutely true; it’s always true,” he wrote. “But the structure and discipline of football programs is very likely safer than what the lived experience of 18- to 22-year-olds will be if there isn’t a season.”

Michigan’s situation falls in line with what many medical staffers are seeing on their campuses.

“We’ve seen it spread thus far within roommates and outside of our facilities primarily. We haven’t seen a lot of spread within athletic facilities themselves,” said Dr. Kyle Goerl, medical director at Kansas State.

Doctors and epidemiologists outside of college sports are less convinced that big-time college football programs decrease the risk of getting and spreading COVID-19.

“This is a very convenient, self-serving narrative for people who want college football to happen whether to score political points or for revenue purposes,” said Zachary Binney, an epidemiologist with Oxford College at Emory University. “But I’ve yet to see anyone of them do it with actual data.

“Estimate the risk for me of what would have happened with these students were they not to play college football versus what’s going to happen to them if they do? That’s actually a really complicated, really difficult question to answer. I don’t think we know for sure.”

The number of confirmed infections in the U.S. is more than 5 million, the most in the world.

Dr. Amesh Adalja, a senior scholar at the Johns Hopkins University Center for Health Security, said only an NBA-type bubble can really protect college athletes more than the general population and keep the season from being disrupted by the virus.

“If we’re going to try and minimize the risk of the virus, it’s really that the setting of the country as whole is the issue, not really actually the sport,” said Adalja, a member of the NCAA’s COVID-19 advisory panel.

The number of cases per day has declined recently, but not for long enough to say the pandemic has been controlled, said Lucia Mullen, an epidemiologist and analyst for the Johns Hopkins University Center for Health Security.

Mullen hears echos of the nation’s debate over reopening schools in the case made by football players and coaches. Structure and support is healthy for young people, she said.

“The worry with the U.S. is, and this is something I put to the sports as well, we all do want sports back, but it’s going to be incredibly aggravating if we try and bring it back and we have to cancel the season because it’s not working,” she said. “And that it delays us for yet another year and we can’t have any sports for the rest of the year because our virus outbreak is too uncontrollable.”

Adalja said the window for a college football season is closing.

“Because of the fact that we cannot solve these simple problems in a larger community of testing, tracing and isolating,” Adalja said. “If we can’t solve those problems there, it’s going to be very hard to do that in a college campus atmosphere.”