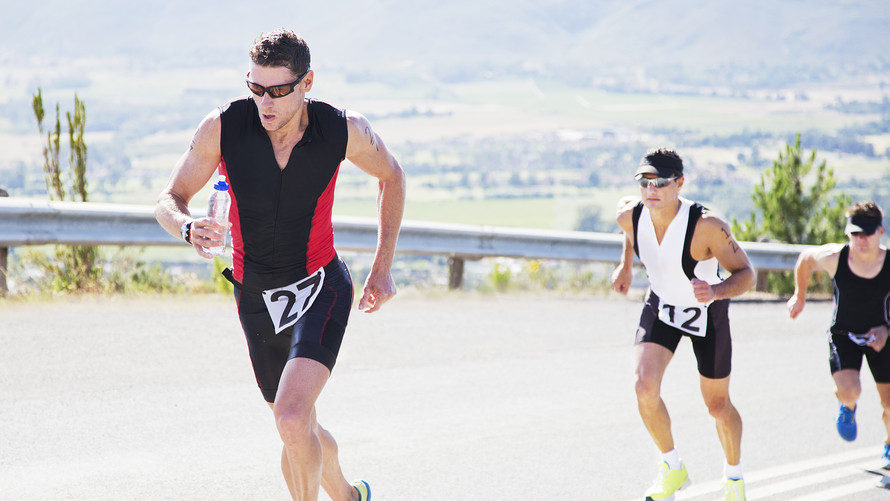 The S&P 500 stock index has put on its best performance during the first seven months of the year since 1997, but the benchmark’s performance since January 2018 is less impressive, up just 4.8% over the 19-month span.

This broader perspective can be interpreted as bullish indicator that stocks have room to break out — like they did in late 2016 following two years of sideways action — or as a evidence of a range-bound S&P 500 /zigman2/quotes/210599714/realtime SPX +1.01%  that has consistently failed to break significantly above the 3,000 mark and will fail to do so again.

Which interpretation is correct will be the defining question for U.S. equities in the coming quarters, analysts and market observers say. 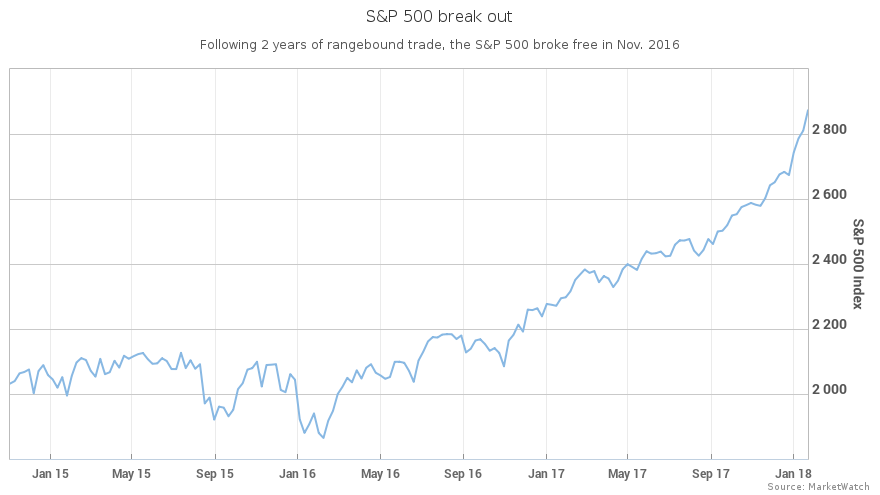 Mike Wilson, chief U.S. equity strategist at Morgan Stanley, is a believer in the latter framework. “For the past 18 months our call on U.S. equities has been very consistent,’ he wrote in a Monday note to clients. “After an extended bull run from 2013 to January 2018, we suggested the U.S. equity market was about to enter a multi-year consolidation during which the S&P 500 would trade in a wide range between 2,400 and 3,000.”

Wilson said that so far, the market has vindicated his view, as the S&P 500 failed to rise above 3,000 at the previous market tops in January and September 2018, when it topped out at the upper end of this range. “Just like in January and September of last year, there appears to be growing excitement around the possibility of a sustained break-out above this nice round number of 3,000,” he wrote.

Wilson pointed out that the correction that followed September’s peak was driven by a rethinking of valuations of high-multiple growth stocks as the Federal Reserve . These companies “took it on the chin, proving once again that valuations matter, even if the fundamentals are strong.”

The Fed pivoted from its policy of higher interest rates starting in early 2019, and thanks to this change and a slowdown in global economic growth, interest rates have fallen. David Kostin, chief U.S. equity strategist at Goldman Sachs, pointed to the change in Fed policy as justification for the 20% rally in the S&P 500 year-to-date, and as one reason to expect the benchmark index to rise another 12% between now and the end of 2020.

Kostin’s optimism also depends on a prediction that economic activity will rebound in the second half of 2019, just as it did it following a severe downturn in the energy, mining and industrial sectors as a result of an oil price crash that began in 2015 and continued to plague business investment until the fourth quarter of 2016. 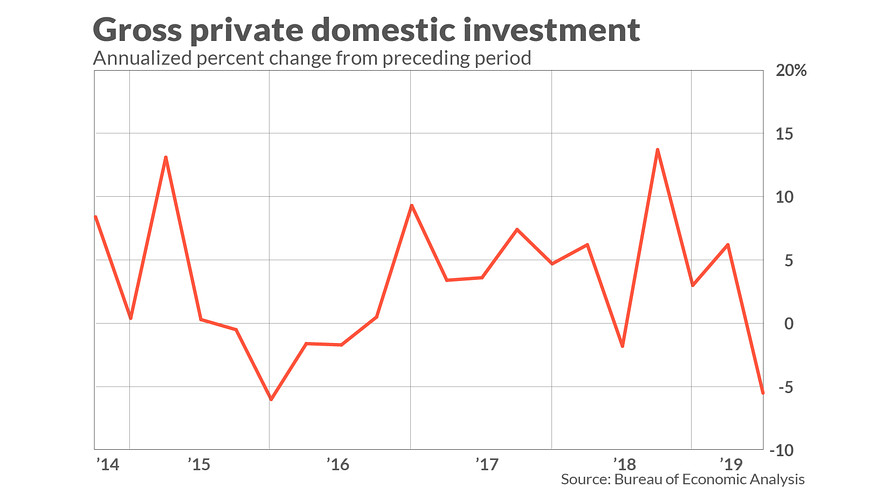 A concerning decline in business investment

Torsten Slok, chief economist at Deutsche Bank Securities, told MarketWatch that “2016 is a really important comparison,” as it was an example of the broader U.S. economy remaining somewhat insulated to a shock to the energy sector. “Today the shock is to the tradable sector, or manufacturing, as a result of the trade war.”

Given that the U.S. economy and employment is driven overwhelming by the services sector, it shouldn’t come as a surprise that the broader economy was slowed, but not stalled, by a steep slowdown in the energy sector, Slok said, and so far evidence shows that “there’s been very little spillover from the manufacturing sector.”

What’s different this time, Slok said, is the Fed. “The dynamic that has changed in the past few weeks is that the Fed has gotten really worried about the outlook,” he said. “What’s interesting about the parallel to 2016 was that there were a lot of calls that the Fed had to cut rates. The energy-related downturn “ended up not spilling over, the Fed didn’t cut rates, in fact it continued to raise rates.”

Given the comparison, he added, “If I’m buying the S&P 500, I’m worried that the Fed knows something I don’t know.”