Prolonged negotiations over a Greek debt agreement to clinch a second round of bailout funds had kept investors on edge during the trading session. 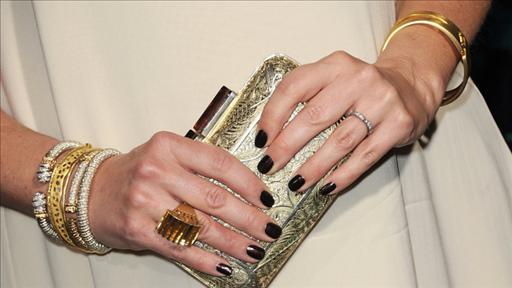 In the runup to Valentine's Day, Jeffrey Marcus on Lunch Break looks at the state of gold jewelry and the new alloys that dilute the gold content but add luster and durability

After making moderate gains in early trade then spending much of the session lower, the S&P/TSX Composite Index  tacked on 8.60 points, or 0.1%, by the close to finish at 12,521.02.

Hopes for resolution to the Greek debt situation had risen early Wednesday after Dow Jones reported the ECB was prepared to exchange its holdings of Greek government bonds at a price below face value to help ease Greek’s debt burden. Read more on Greek bailout talks.

Late Wednesday, Bloomberg News reported that Greece promised to reduce the minimum wage by 20% and lower pension payments as part of a deal with the EU and IMF to secure funds. Read more on troika deal.

“We started out nicely over optimism that Greek politicians will be able to reach an agreement [needed to secure bailout funds],” said Peter Buchanan, senior economist at CIBC World Markets.

“We pulled back a bit mainly on concerns that Greece may not reach an agreement,” Buchanan said.

For much of the last year, global financial markets have been influenced by the fits and starts of Europe’s sovereign debt crisis, where the possibility of one or more sovereign defaults has threatened global growth prospects.

Gains in the industrial sector were helped by a 4.2% increase in shares of WestJet Airlines Ltd. . The airline reported better-than-expected quarterly earnings and said its employees had endorsed its plan to start a regional carrier to serve smaller market.

Shares of fertilizer producer Agrium Inc closed up 1.9%. Agrium Inc. reported a 43% increase in its fourth-quarter net profit over a year ago.

Among the subsectors Wednesday, technology was among the bigger decliners.