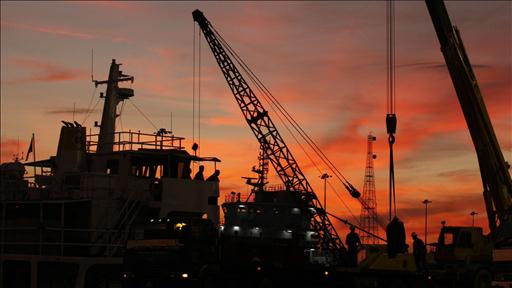 The price of crude oil has risen about 15% since the start of the year, fueled by rising tension over Iran and the prospect of improved global growth. Dow Jones's Sarah Kent and Benoit Faucon explain the forces behind the price spike.

Buchanan also noted that dividend announcements in the fourth quarter showed a rate increase of about 31%, the highest level in the past six years.

“It’s a sign that companies are cautiously optimistic and becoming more confident that the growths are going to be sustained,” Buchanan said.

Tim Hortons Inc.  was up 3.6% after the coffee and doughnut chain company raised its quarterly dividend by 24%, although its fourth-quarter profit fell by 73%.

Pan American Silver Corp.  closed up 2.5%. The Vancouver-based gold and silver miner raised its dividend by 50% as the fourth-quarter profit and sales jumped.

The U.S. initial unemployment claims stayed unchanged last week at a seasonally adjusted 351,000. The four-week average of claims fell by 7,000 to 359,000, the lowest level since March 2008. Read about U.S. jobless claims

In Canada, the average weekly earnings of nonfarm payroll employees rose 0.7% in December, while earnings on a year-on-year basis were up 2.4%, according to Statistics Canada.

Sue Chang contributed to this report.