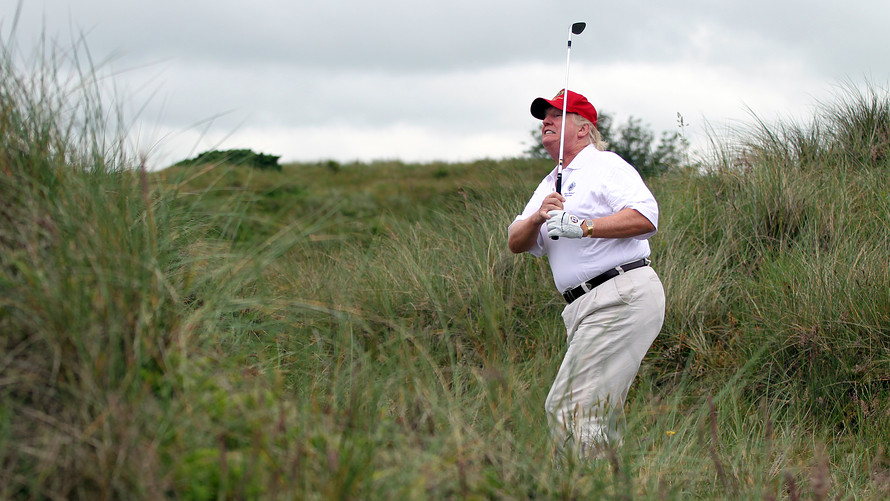 This cartoon apparently wasn’t fit to print in New Brunswick, Canada, and it reportedly cost Michael de Adder his job after the internet got hold of it.

As you can see, de Adder turned the heartbreaking photo of a father and daughter who died trying to cross the Rio Grande into a cartoon slamming Trump for his perceived indifference to the plight of the migrants at the southern border.

“I *literally* gasped audibly when I saw this cartoon,” one Twitter /zigman2/quotes/203180645/composite TWTR +0.87% follower replied, capturing the general sentiment across social media toward the illustration. “My husband & children heard & wanted to know what was wrong. I almost couldn’t speak to respond. It was that painfully true.”

While it was clearly a viral hit, the cartoon didn’t go over too well with the people signing the checks, according to de Adder:

Wes Tyrell, president of the Association of Canadian Cartoonists, claimed in a Facebook /zigman2/quotes/205064656/composite FB +1.52% post that there’s more going on here with the J.D. Irving–owned Brunswick News Inc. than just a controversial cartoon.

“The Irvings have considerable corporate interests in the United States, but why would they care about cartoons potentially offending the American president?” Tyrell wrote . “Trade has been an issue since Trump took office, trade that affects the Irvings directly, not to mention a host of other issues. And the President himself is an unknown quantity who punishes those who appear to oppose him.”

The Brunswick News admitted terminating de Adder’s contract but denied the cartoon was the cause.

“This is a false narrative which has emerged carelessly and recklessly on social media,” BNI said in a statement Sunday. “In fact, BNI was not even offered this cartoon by Mr. de Adder. The decision to bring back reader favourite Greg Perry was made long before this cartoon, and negotiations had been ongoing for weeks.”

Meanwhile, de Adder is still at it: