The U.S. Labor Department’s numbers came as a surprise to analysts who were expecting jobless claims to decline. Economists polled by MarketWatch had forecast initial jobless claims to fall to a seasonally adjusted 444,000 in the week ended Oct. 9. The data boosted expectations that the U.S. Federal Reserve is likely to implement new stimulus measures. Read more about U.S. jobless claims.

“The key driver of trading across markets continues to be the ongoing tug of war among central banks over easing versus tightening,” Canadian market analyst Colin Cieszynski said. 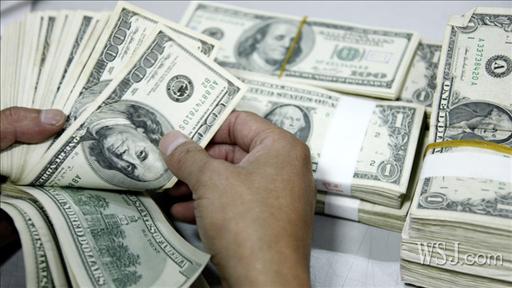 The bearish data left the broader Canadian market on lower ground by the end of the day. The U.S. numbers overshadowed positive news of an August trade deficit reduction for Canada, which allowed the TSX to rally earlier in the session.

The Statistics Canada August report cited “widespread increases in exports” after all of the country’s export sectors, with the exception of automotive products, grew in August. The country’s trade deficit narrowed to $1.3 billion in August from $2.5 billion in July.

Among other decliners, Canadian financial shares performed weakly in Thursday trading after Toronto shares of the country’s largest banks fell. Shares of the Royal Bank of Canada, the country’s largest financial institution and the number one stock listed on the TSX, declined 0.2%, followed closely behind Toronto Dominion /zigman2/quotes/209283160/delayed CA:TD -3.65%  and the Bank of Nova Scotia /zigman2/quotes/206642548/delayed CA:BNS -1.85%  , whose Toronto shares also fell, by 0.2% and 0.1%, respectively.

The information technology sector was among the worst performing, after Research In Motion Ltd.’s   Toronto-listed shares declined 1.6%. The Canadian company remains under pressure from Indian authorities who are calling for the BlackBerry maker to allow the Indian government to access encrypted information sent through RIM’s devices.

The Canadian mining sector was Toronto’s only advancer, largely driven by commodities, still rallying on expectations of Fed easing. Toronto’s main mining index  rose a fraction of a percent, with mining giant Teck Resources Limited  finishing up 1.3% by close.

“It has been another strong day for precious metals,” Cieszynski said, noting that silver traded at its highest levels since the early 1980s.

In currency trading, the Canadian dollar /zigman2/quotes/210561978/realtime/sampled USDCAD +0.0655%  reached parity with its U.S. counterpart in early Asia trading, the first time since late April. The Canadian dollar strengthened 0.3% from its previous close on Wednesday to reach the $1 mark. At the loonie’s intraday best, one U.S. dollar purchased C$0.9978. Analysts attribute the loonie’s strength against the U.S. dollar to expectations that the U.S. Federal Reserve will soon take new stimulus measures to increase money supply, a move that would pressure the greenback.

Ashley P. Lau is a MarketWatch reporter based in San Francisco.