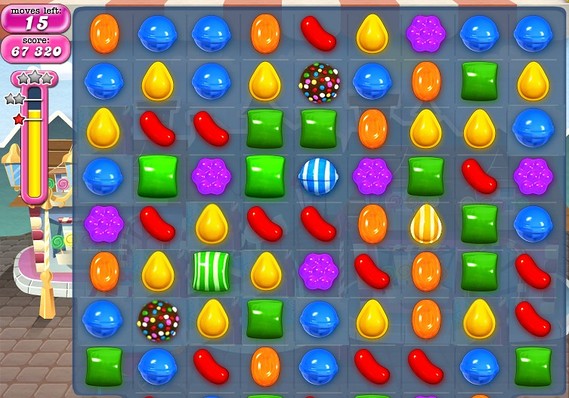 SAN FRANCISCO (MarketWatch) — Being a nosy journalist, I often peek at people’s smartphones to see what is entrancing them, especially in a subway tunnel where, as on San Francisco’s Muni, we are mostly out of touch with cellphone networks.

Are they savoring a romantic text? Re-reading an important work email? Studying market news saved before boarding the train? No. More often than not, my fellow commuters are simply playing the mobile game “Candy Crush.” 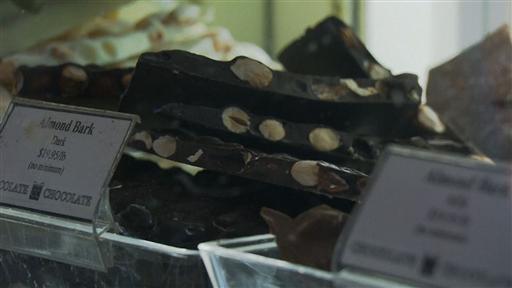 A chocolate vitamin? Scientists have developed a pill containing the nutrients of dark chocolate without the sugar and fat, and a big study is being launched to see if it can prevent heart attacks and strokes.

As of this writing, “Candy Crush Saga” is the top-grossing game on the iPhone (although, in a possible sign that popularity has peaked, it is No. 38 among free apps). It is still the fifth most popular of all the free apps at Google Inc.’s /zigman2/quotes/205453964/composite GOOG +2.96%  Play Store, and it’s the most popular among the free games for Android-based phones. Later this month, its developer, King Digital Entertainment PLC, plans on capitalizing with an initial public offering that seeks to raise $612 million for the Dublin, Ireland–based company, valuing the company at a whopping $7.6 billion .

But an IPO moment in the sun can be fleeting, as investors who bought Zynga /zigman2/quotes/209662259/composite ZNGA +2.20% , based on the popularity of “FarmVille” — once the most popular game on Facebook — well know. They became excited about the Zynga offering because of its then-torrid growth rate and familiarity with some of the company’s games, but they are now suffering. Shares are down 42% since the Zynga IPO in late 2011.

For King Digital, “similarities with Zynga are not superficial,” said Sam Hamadeh, president of PrivCo, a research firm in New York focused on private companies. “It is ‘FarmVille’ all over again. But they don’t even hold out the hope that when mobile takes off, there will be upside. I don’t see any upside here. You are investing in a mobile studio that has one hit. Only one out of 100 has taken off.”

“They are pretty much a one-hit wonder,” Hamadeh said. King noted in its S1 that it believes “ ‘Candy Crush Saga,’ our top title to date, is one of the largest interactive entertainment franchises of all time.”

In addition, as was the case for Zynga, most of the company’s revenue comes from the purchase of virtual goods that are used in playing or advancing in the games. “We generate our revenue primarily through the sale of virtual items to users,” King says in its S-1 filing with the Securities and Exchange Commission. And the bulk of those sales, are coming from a small group of customers, or big spenders — the “whales,” or ”high rollers,” in casino jargon.

“A relatively small percentage of our player network accounts for a large portion of our revenue, and if we are unable to continue to retain players or if they decrease their spending, our revenue could be harmed,” the company states.

Other red flags? The rapid growth is already starting to slow. In the fourth quarter, which closed in December, monthly active users fell to 12.16 million from the third quarter’s 13 million. And, according to King Digital’s SEC filing , insiders and early investors have cashed out $504 million via two dividend payments in the past six months; $143 million of that sum went to King’s top executive officers, including CEO Riccardo Zacconi, and board members. Its two biggest investors, Apax Funds and Index Ventures, also received dividend payouts.

Investors have been down that road before. Zynga, and Groupon Inc. /zigman2/quotes/207356672/composite GRPN +3.72%  as well, experienced significant pre-IPO insider selling.

Hamadeh said another thing that struck him — besides a similarity with Zynga — in the company’s lengthy regulatory filing was a lack of specific discussion of future products or growth engines, with the big focus on the company’s current, impressive statistics.

“An IPO is all about the future,” he said.

King Digital appears to be trying to make as much as it possibly can from its current moment in the sun. But investors would be wise to weigh the likelihood that it’s a one-hit wonder.

5 strategies to get the most from Social Security

After Target data theft, the next target is you