A U.S. congressional committee will vote next week on a bipartisan bill aimed at protecting banks that serve cannabis companies 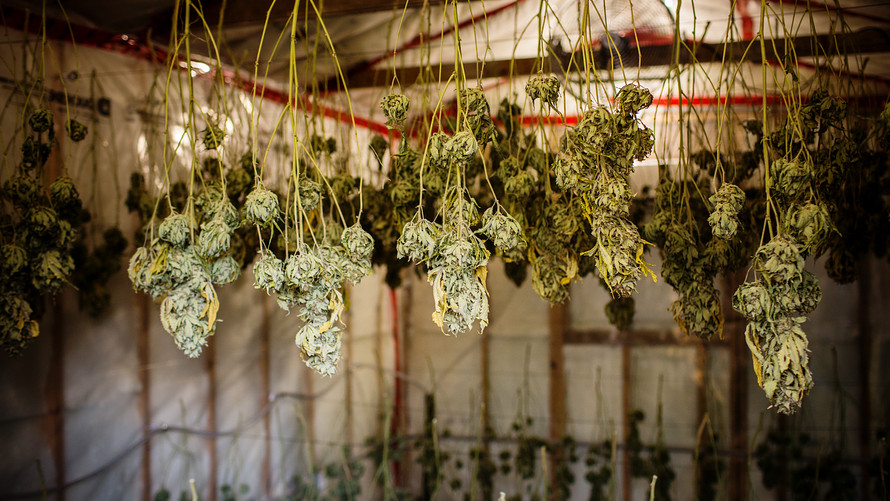 Earnings from Green Organic and from Tilray earlier this week are not showing anything that has caught anyone off guard, but investors are looking to the future, he said.

“The market will only give these companies so much time before they need to produce results, though, and at that point, we’ll see winners and losers emerge, because right now we have some insane valuations.”

Green Organic Dutchman /zigman2/quotes/204266798/composite TGODF -0.58%   /zigman2/quotes/206870535/delayed CA:TGOD 0.00%  posted 2018 earnings late Tuesday that showed its first revenue ever alongside wider losses. The Ontario-based company said it had revenue of C$1.9 million ($1.4 million) that was booked in the fourth quarter, following the acquisition of HemPoland on Oct. 1 and full legalization of cannabis in Canada on Oct. 17.

The company did not provide a net loss for the quarter, but said its loss from operations came to C$18.1 million due to the costs of ramping up operations, consumer research and administration related to gearing up for commercial production in 2019.

The company’s full-year loss came to C$45.2 million, or 21 cents a share, wider than the C$13.5 million loss, or 12 cents a share, posted in the year-earlier period. There are no consensus estimates for the company on FactSet. It ended the year with C$263.5 million of cash, which will be used to fund expansion and international growth.

Jefferies analyst Owen Bennett said the revenue number was slightly lower than expected, but that costs came in “significantly below estimates.” Sales, general and administrative costs and R&D costs came in at C$11 million, well below his estimate of C$21 million.

“You could take a positive or negative view of this (encouraging re route to profitability or not spending much around brand awareness),” he wrote in a note to clients. “First real financial catalyst will be next quarter with further re-rating potential if they execute.”

Bennett rates the stock a buy with a price target of C$6.10, compared with its current trading level of C$5.48. U.S.-listed shares fell 7.3% in early trade.

The House Financial Services Committee will vote next week on a bipartisan bill that aims to offer protections for banks that operate in the cannabis sector, as reported by Marijuana Moment, a website that works with activists, industry representatives and policy makers on trends affecting cannabis.

The bill currently has 138 co-sponsors, or more than a quarter of the House, said the site.

In case you missed it: Washington moves closer to delivering protections for banks that work with the pot industry