‘Sentiment is very negative right now across the sector,’ says portfolio manager, after a summer of scandals and lowered estimates 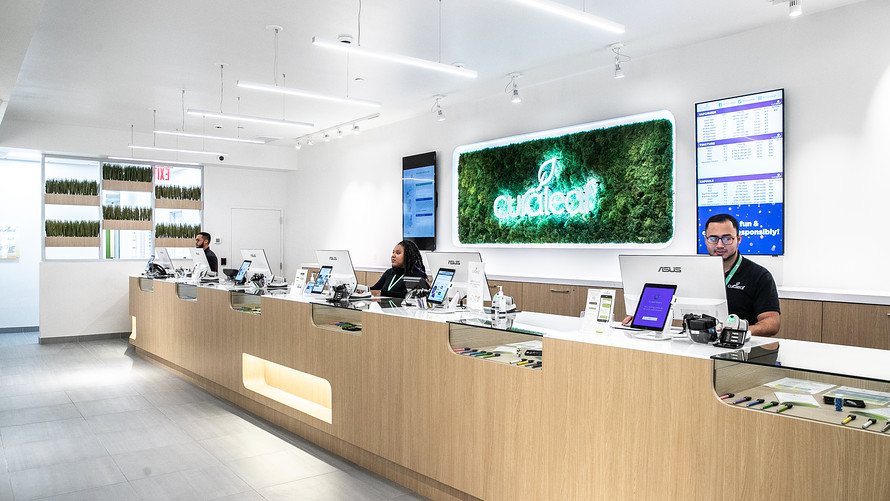 Bloomberg News/Landov
Curaleaf says it expects to generate more than $1 billion in revenue next year.

Cannabis stocks turned higher Wednesday, buoyed by gains in the broader market as investors digested the latest earnings from the sector while volumes thinned ahead of the U.S. Labor Day weekend.

The Dow Jones Industrial Average /zigman2/quotes/210598065/realtime DJIA -0.57%  was last up almost 200 points, drifting higher as investors shrugged off some of the recent pressures on the market from the inverted yield curve to the China/U.S. trade tensions to the growing chances of a no-deal Brexit.

Still, “sentiment is very negative right now across the sector,” said Korey Bauer, portfolio manager of the Cannabis Growth mutual fund /zigman2/quotes/208282024/realtime CANNX -2.81%  from Foothill Management, who noted his firm’s proprietary Cannabis World Index is down 35% from its March highs. The two ETFs have fallen almost 30% in the last three months.

While valuations are starting to look more reasonable, analyst estimates are coming down across the board as Canadian companies continue to post losses almost a year after full legalization, he said.

“We think M&A will start to pick up after this significant decline,” he said. Sentiment may also find support from the rollout in Canada of cannabis derivatives, including edibles, expected in December, he said.

Valuations have been coming down across the sector through the summer, weighed down by a series of negative events including the ouster of Canopy’s co-Chief Executive Bruce Linton in July. The scandal involving illegal growing at CannTrust, that continues to hammer that stock, added to the gloom, along with a regulatory crackdown on Curaleaf for claims it was making for CBD-based products.

For more, see: Cannabis companies are having a horrible summer as scandals mount and stocks slide

Curaleaf posted second-quarter earnings late Tuesday that showed widening losses and lower-than-expected revenue, although the company also forecast more than $1 billion in 2020 revenue. The company said its loss grew to $24.4 million, or 5 cents a share, from $4.9 million, or a penny a share, in the year-ago period. Net revenue rose to $48.5 million from $14.6 million in the year-ago period and $35.3 million in the prior quarter.

Curaleaf also manages several cash-producing entities, which collected $6.6 million in revenue during the second quarter. Analysts polled by FactSet expected revenue of $49.8 million. There were not enough analysts to form a reliable consensus for earnings.

GMP analyst Robert Fagan said the revenue number was below his $51 million forecast, but the revenue forecast is the highest issued to date and excludes any contribution from recreational sales in Illinois, which recently legalized, or any other states that may do so soon.

See also: This woman in cannabis made an early bet on the sector that has paid off