Cannabis stocks weighed down by broader market, but Aleafia and GW Pharma shine

Aleafia continues to rally on news of a German venture, while GW Pharma gains on news of a positive trial of its CBD-based drug 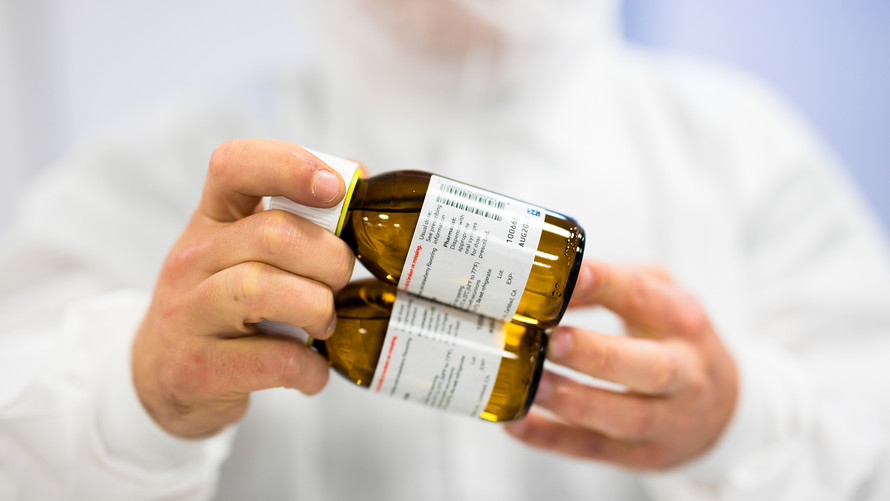 Cannabis stocks were mostly lower Tuesday, weighed down by weakness in the broader market after U.S. officials said tariffs on imported goods from China could be raised by the end of the week.

“The cannabis market is highly correlated to the overall equity market at this point,” said Korey Bauer, portfolio manager of the Cannabis Growth /zigman2/quotes/208282024/realtime CANNX -2.81%  mutual fund recently launched by Foothill Capital Management. “As the market matures, they will trade similarly to health care or consumer staples.”

The Dow Jones Industrial Average was down 576 points in afternoon trade, while the S&P 500 was off 61 points. For more, read: Market Snapshot

Marcato Capital Management LP said it opposes Canopy’s plan to acquire multistate operator Acreage Holdings Inc. for $3.4 billion as soon as cannabis is fully legal in the U.S. In an open letter to Acreage’s board, Marcato said the deal undervalues Acreage based solely on the present value of its future cash flows and argued that it would fetch a far higher price once federal restrictions are lifted.

“Marcato believes it is highly imprudent for Acreage to sell itself today at the proposed valuation, with so much unlocked growth and value embedded in the company,” said the letter.

Acreage shares  are now lower than where they were before the announcement, while Canopy’s shares have zoomed higher, said the letter.

Bauer said the deal makes sense for both companies. For Canopy, it secures them access to what will be the world’s biggest cannabis market, while for Acreage, it gives them a tie to the biggest company in the sector, with a strong management team and a healthy war chest, courtesy of the $4 billion investment by Corona beer maker Constellation Brands Inc.

“Acreage is not just looking at the U.S. but the global market, so linking up with Canopy gives them a global footprint,” he said. “Canopy is being very aggressive in expanding and that’s the right move at this point. The faster you expand, the harder it will be for competitors to catch up. For now, Canopy is the market leader.”

Acreage shares were down 5.7%.

See now: How a freshly grown cannabis company managed to lose $500 million in less than a month

Don’t miss: How one exchange became the go-to destination for cannabis stocks

GW Pharma shares rose 1.6%, after the company posted better-than-expected earnings and announced positive results in a late-stage trial of its Epidiolex drug for another condition that causes seizures. Epidilolex is the first cannabis-based drug to win approval from the U.S. Food and Drug Administration as a treatment for severe forms of childhood epilepsy. The drug is now being tested as a treatment for patients with seizures associated with tuberous sclerosis complex, or TSC.

Oppenheimer upgraded the stock to outperform from perform on the news.

“While we await detailed data that may be shared at a medical conference, we update our probability of approval of the sNDA for TSC to 87% from 41% (filing expected in 4Q), and move to an Outperform rating and a price target of $234 (vs. $162),” Oppenheimer analyst Esther Rajavelu wrote in a note to clients. “We also like management’s efforts to broaden the pipeline with open label studies of CBDV for autism spectrum disorder and Rett Syndrome which may contribute to a diversified portfolio.”