The bond bubble will pop in 2020 during recession 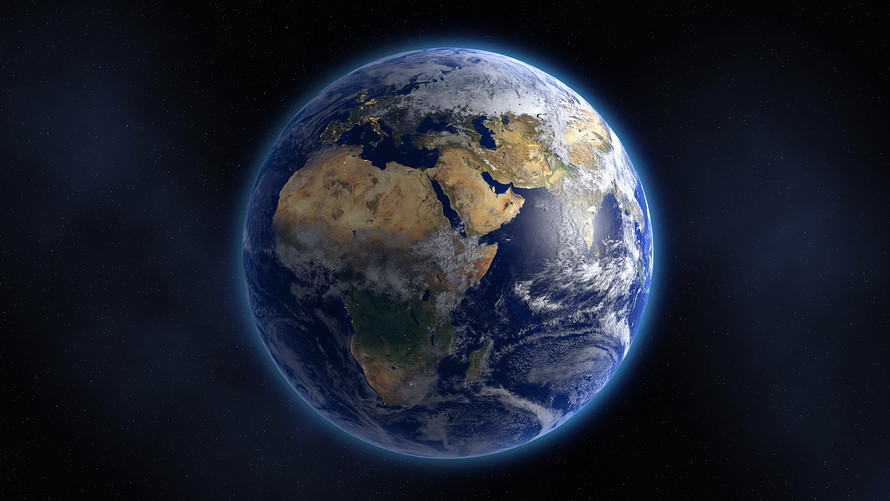 The 1927 Yankees were famously dubbed “murderers row,” due to their lineup stacked with hall of famers Babe Ruth, Lou Gehrig and Earl Combs, who beat opposing pitching into submission.

Today’s murder’s row are Jerome Powell, Mario Draghi and Haruhiko Kuroda—global central bankers who are “intent on smashing Wall Street bears out of the ballpark,” — according to Bank of America strategist Michael Hartnett, in a Thursday research note.

Hartnett pointed out that there have been 40 global interest rate cuts year-to-date, with the latest being the European Central Bank’s decision to cut rates further into negative territory, while launching a program of open-ended bond purchases. Though it is understandable why central bankers are wedded to monetary stimulus, Hartnett warns that it is helping fuel a bond bubble that will burst next year as the U.S. economy enters recession.

“Since Wall Street is five times larger than the size of main street, and they [central bankers] have every incentive to do so [continue increasing stimulus] to reverse recession risk and the contagion from manufacturing and trade,” Hartnett wrote. 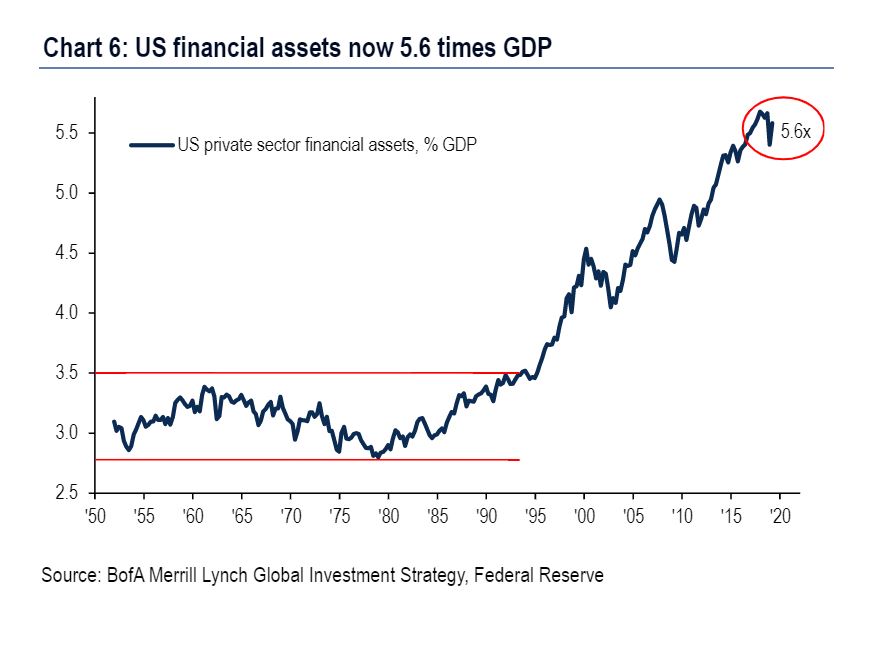 Given that the point of central bank stimulus is to reinvigorate an economy, causing faster economic growth that ultimately leads to higher interest rates, investor behavior suggests that they don’t believe policy will succeed. “Everyone is positioned for the bond bubble to continue,” Harnett wrote.

Coordinated central bank action has reinvigorated the “everything rally,” according to fund flow data from EPFR and BofA. During the week ended Sept. 11, both bond and equity funds saw inflows, with equity inflows of $14.4 billion ranking as the most since March of 2018. Bond funds saw smaller gains, boosted by flows into high yield funds, which brought $2.7 billion in new money, the most since June.

“Investors are all in on the bond bubble,” Hartnett wrote, pointing to record inflows this year into bond funds, record prices across the fixed-income markets and a “widespread belief central banks will keep rates extraordinarily low, plus a growing conviction U.S. rates can turn negative.”

“These factors have led to “bond mania and a 2019 consensus capitulation into ‘Japanification’ theme,” or the belief that the U.S. and Europe are headed toward the fate of Japan, an economy characterized by massive government debts and central bank intervention along with slow growth and chronic disinflation.

Harnett argues, however that the belief in the bond bubble is misguided and will spell trouble. He offers what he describes as “the most important chart in the world,” which he suggests indicates the bond bubble is about to burst, as the yield 10-year U.S. Treasury note /zigman2/quotes/211347051/realtime BX:TMUBMUSD10Y +0.78%  has consistently failed to remain below 1.5%. 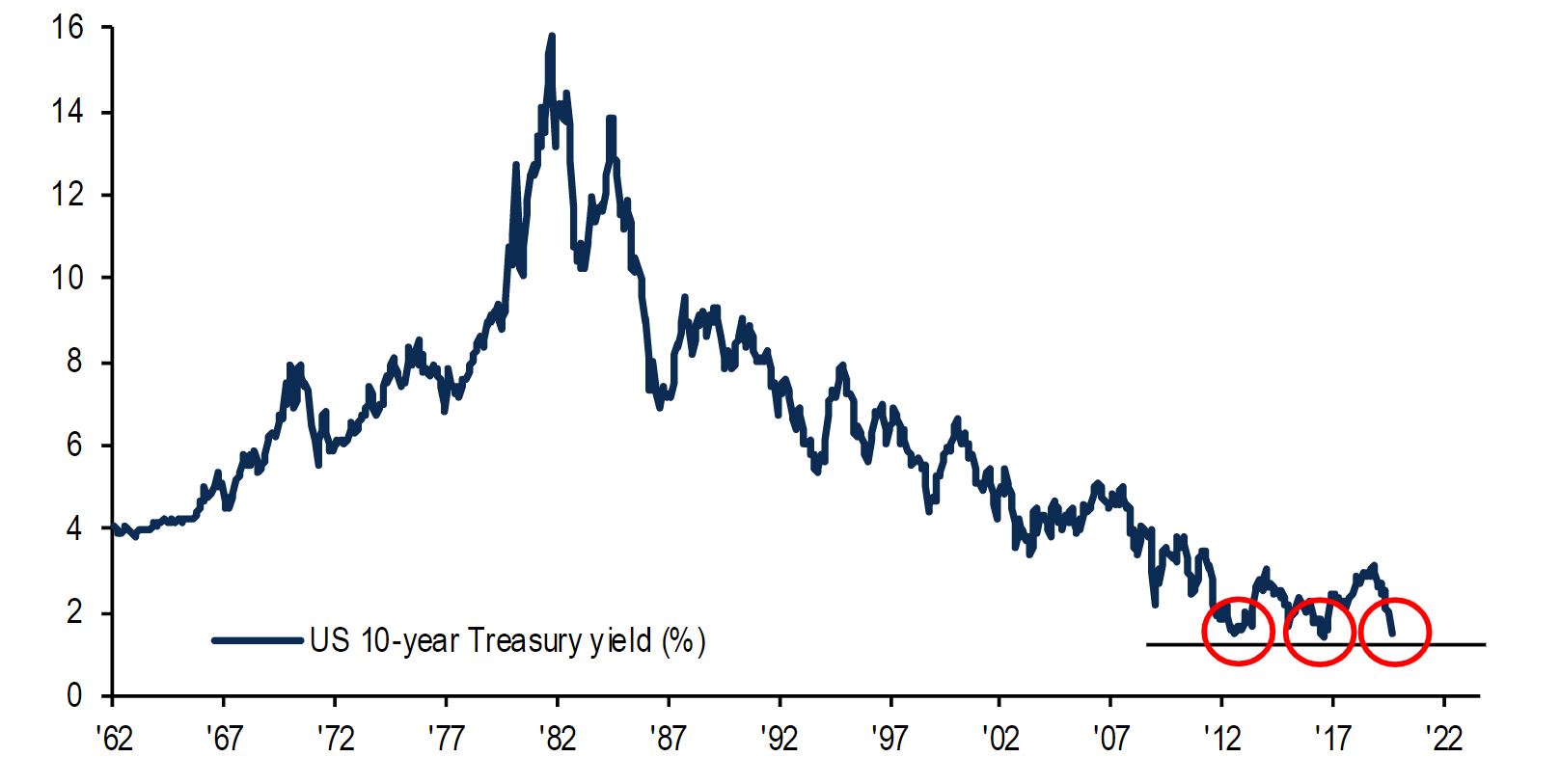 Meanwhile, the market’s belief that central banks have become “impotent” to trigger inflation is misguided, Hartnett wrote. He points to the “quit ratio” or the share of Americans voluntarily leaving their job, which recently hit a cycle high. Movement in this measures has typically signaled faster wage growth, and implies 4% wage growth next year that will feed into growing economy-wide inflation.

Rising inflation will cause the bond-market bubble to pop, leading to higher yields that triggers a stock market top and central bank moves to raise interest rates in a failed attempt to head off inflation.