Central banks ‘racing to the bottom’ means one thing, says Mark Mobius: that the stock market will do ‘very well’

Look for stocks that have some yield, says the emerging-markets investing pioneer 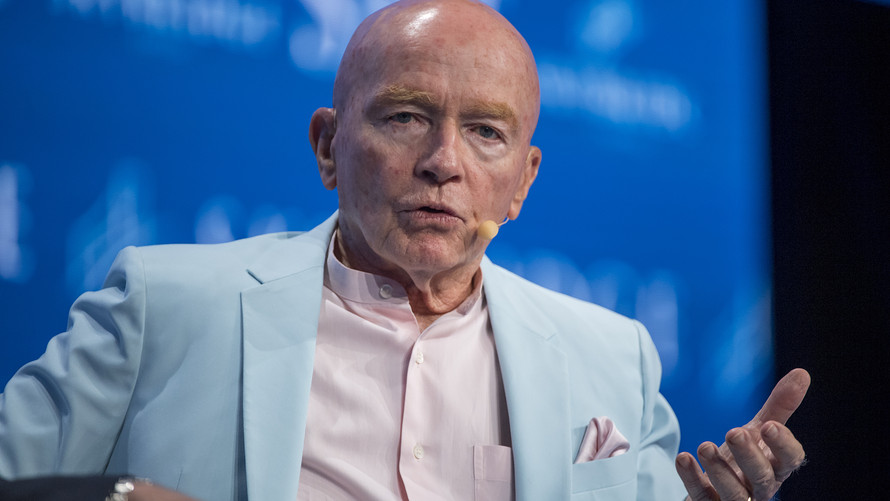 Global central bankers are in interest-rate-cutting mode of late, as policy makers attempt to avert or at least mitigate a global recession.

However, that dynamic promises to be one in which the stock market can prosper, with investments that offer dividends attracting investors, said Mark Mobius, the octogenarian investment manager who co-founded Mobius Capital Partners last year after a three-decade run at Franklin Templeton Investments.

“Globally this is a really amazing situation,” Mobius told MarketWatch in a Thursday phone interview, explaining:

‘Everyone seems to be racing to the bottom. Which is actually going to result in the market doing very well.’

“Interest rates [being] where they are,” he continued, “stocks begin to look much more attractive.”

Mobius is a pioneer in emerging-markets investments and has previously told MarketWatch’s William Watts that clashes between the U.S. and China over trade policy were casting a cloud over global economic growth.

Support from central bankers, however, may provide the stimulus needed for stocks to remain buoyant — at least in the near term, Mobius said.

His comments come as the Wall Street Journal reported on Thursday that a European Central Bank policy maker, Olli Rehn, had said the ECB in September would unfurl a potent batch of stimulus measures that should include “substantial and sufficient” bond purchases as well as cuts to the bank’s key interest rate to prevent weakness emanating in China from hitting the eurozone.

On top of that, Mexico’s central bank cut interest rates Thursday for the first time in five years, as its economy is faltering.

Investors in the U.S. are increasingly expecting the Federal Reserve to trim interest rates when policy makers conclude a two-day gathering on Sept. 18.

The easy-money regime has fostered an atmosphere in which some $15 trillion in sovereign debt yields less than 0%, meaning that investors receive less than their original investment when they purchase government-backed debt.

Read: Ex-Fed boss Greenspan says ‘there is no barrier’ to Treasury yields falling below zero

Against that backdrop, Mobius says yield-bearing investments will be coveted.

“You have lot of money chasing after where they can get some yield,” he said. “Which is why I have been telling my analysts, ‘Let’s look for stocks that have some yield that is what people are going to want,’ ” he said.

Check out: The trade war is already lost, Trump is doomed and this investment is about to go ‘ballistic,’ strategist says

Jeremy Olshan is the editor of MarketWatch. Mark DeCambre is MarketWatch's markets editor. He is based in New York. Follow him on Twitter @mdecambre.