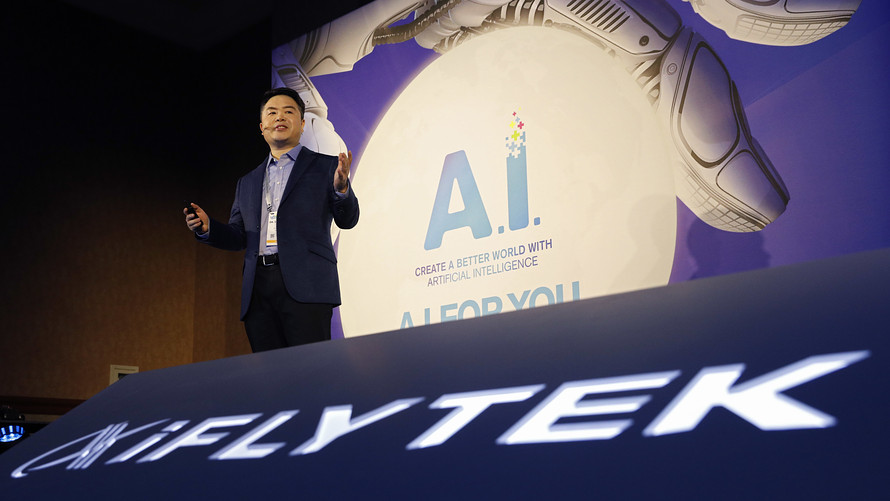 LAS VEGAS — The CES 2019 gadget show, which kicks off Sunday, will showcase the expanding influence and sway of China’s rapidly growing technology sector. But some of its firms are stepping back from the spotlight amid rising U.S. national-security concerns over Chinese tech and a trans-Pacific trade war launched by President Donald Trump.

There are fewer Chinese entrepreneurs buying up booth space to show off their latest technology — more than 20% fewer exhibitors than last year, according to registration numbers tracked by the South China Morning Post. Chinese firms still account for more than a quarter of the conference’s 4,500 exhibitors, second only to the U.S. in sheer numbers. But some of the biggest names are taking a more subdued approach.

None of them are citing U.S.-China tensions as a reason, but it’s hard to ignore the geopolitical backdrop — even with a 90-day “cease-fire” on tariffs set to expire in March. Trump struck a more conciliatory tone Sunday as American trade negotiators prepared to meet with their counterparts in Beijing.

The U.S. and China have imposed import taxes on hundreds of billions of dollars of each other’s goods — and Trump has threatened more to come, including tariffs that could make devices like iPhones more expensive. The U.S. is also exploring new export restrictions that would target industries where China is hoping to get ahead, such as artificial intelligence and robotics. And the Justice Department brought charges last month against two Chinese citizens it accused of stealing American trade secrets and other sensitive information on behalf of Beijing’s main intelligence agency.

Of course, plenty of Chinese entrepreneurs are still eager to show off their innovations. Hosts of the 52-year-old trade event have sought to downplay the tensions, noting that they’ve weathered previous trade tensions, such as those that roiled U.S.-Japan relations in the 1980s.

“The Japanese presence used to be very big and it was similar in that the U.S. was in a panic about it,” said Gary Shapiro, CEO of the Consumer Technology Association, which organizes CES. That ended when the Japanese “bubble” economy burst in 1991 and its tech industry began a long, slow decline.

“Japanese innovation from those companies shrunk and those companies consolidated,” Shapiro said. “These things are impermanent. So I don’t lose that much sleep over it.”

Shapiro said the trade dispute with China and the Meng arrest in Canada aren’t impacting attendance. CES organizers on Sunday wouldn’t confirm numbers showing a sharp drop in Chinese exhibitors, but said a decline in small Chinese companies on the show floor was made up by expanded booth presence from bigger firms.

Chinese tech firms are increasingly joining their American, South Korean and Japanese counterparts in using CES to build enthusiasm for up-and-coming electronics products, while also connecting with potential new international partners and suppliers. That’s especially true for electronics firms like Hisense /zigman2/quotes/209438757/delayed CN:000921 +1.99%   and TCL /zigman2/quotes/201141424/delayed CN:000100 +3.93%  , which have increasingly sought to sell their TVs in North America, and Lenovo /zigman2/quotes/205368244/delayed HK:992 +5.69%  , which is already a big player in the U.S. laptop market but is pushing to sell other internet-connected devices.

Hisense is making a splashier presentation this year as it invests in boosting its U.S. brand awareness, said Jim Ninesling, head of marketing for Hisense USA. Previously, the company, which has a large market share in China, mostly kept on the U.S. sidelines, branding some of its products under the name of the better-known Japanese firm Sharp /zigman2/quotes/203224600/delayed JP:6753 +2.41%  .

And a startup expo co-hosted by the Chinese government features a bevy of gee-whiz innovations, from indoor delivery robots and portable karaoke headsets to “smart” suitcases aided by computer vision.

In an ideal world, the tech industries in the two countries would be seen as complementary, said venture capitalist Kai-Fu Lee, who led Google’s subsidiary in China before the company withdrew over censorship and other concerns.

Lee said his optimism for a more collaborative approach is now “merely a dream” because of the worsening trade dispute. But he said there could still be partnerships between U.S. firms and Chinese companies that, for now, mostly cater to Chinese consumers.

“Google feels much, much more threat from Amazon than any Chinese company,” he said. “That makes Tencent and Alibaba potential allies, especially when customer needs cross international boundaries.”