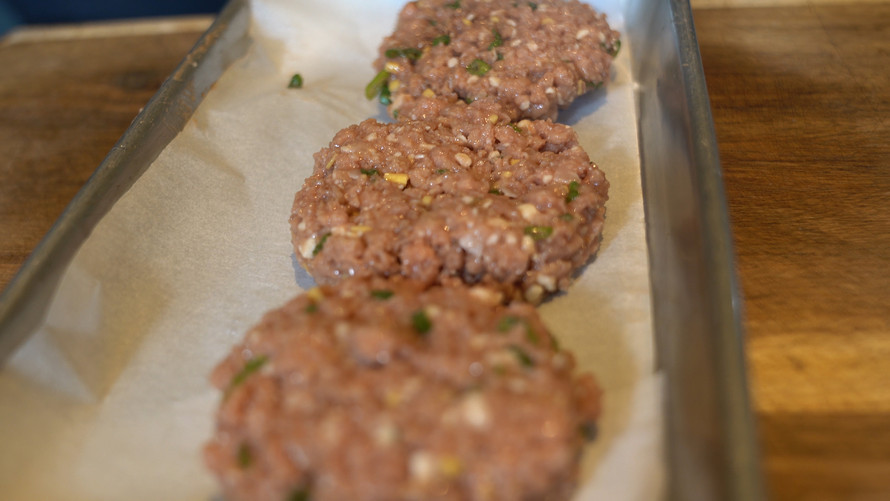 LAS VEGAS — Impossible Foods added pork to its plant-based menu on Monday, and Chief Executive Pat Brown will not stop there.

Impossible Foods, the Beyond Meat Inc. /zigman2/quotes/211617595/composite BYND -1.89%  rival that has raised nearly $800 million in venture investment, introduced products called Impossible Pork Made from Plants and Impossible Sausage Made from Plants at CES 2020 on Monday evening, a year after debuting its newest beef product at the giant trade show. Brown told MarketWatch before the event that consumers can eventually expect plant-based substitutes for lamb, goat, fish and dairy products in the near future.

“What we’re working on is the most significant science project and business endeavor in the world,” said Brown, a vegetarian since the 1970s who, during a recent visit to the company’s Redwood City, Calif., headquarters, donned a green hoodie and T-shirt emblazoned with the picture of a cow in a red circle with a slash through it.

It isn’t merely following up its Impossible Burger with pork, but continuing to play a vital role in addressing the “two biggest threats to the word: climate change and the meltdown of biodiversity,” Brown said. He previously was a professor of biochemistry at Stanford University’s School of Medicine, where he and his colleagues developed DNA microarrays — a new technology that made it possible to monitor the activity of all the genes in a genome — along with the first methods for analyzing, visualizing and interpreting global gene expression programs.

Pork is an important step in that process, Brown said. In the U.S., beef may be “king,” as Brown put it, but “pork is the No. 1 consumed meat in the world.”

“It is the natural follow-up for us,” he added.

“We replan our annual plan every month,” he said.

Since going public in early May, plant-based burger maker Beyond Meat’s share price more than tripled before cooling off. In that same time, Impossible Foods secured an additional $300 million in funding, bringing its total to a whopping $784 million.

A recent IDTechEx report, “Plant-based and Cultured Meat 2020-2030,” projects the global market for “novel meat substitutes” to top $30 billion by 2030. And the greatest opportunity resides in China, where 62.4 million tons of meat was consumed in 2019, according to Euromonitor International Ltd. The U.S. was a distant second, at 21.1 million tons.

D.A. Davidson analyst Brian Holland estimates U.S. restaurant and food service revenue of $1.1 billion for Beyond by 2028, though he acknowledged the threat of Impossible. “Larger players with more resources have entered the fray in short order — thereby impacting Beyond’s first mover advantage time,” Holland wrote in an Oct. 29 note.

“Any company that helps the mission against the animal-food industry is good with me,” Brown said, alluding to Beyond Meat, Eat JUST Inc., and others.

The animal-farming industry, Brown said, is responsible for more greenhouse-gas emissions than the entire global transportation industry, and it’s the single largest global land user, gobbling up 45% of the land that’s not covered by ice. “It uses the land that should be capturing carbon through trees and grasslands,” he said.

“There have been feeble commitments to the environment,” said Brown, who last month attended COP25, the 25th United Nations Climate Change conference in Madrid, to accept an award .