Cheaper gas puts a cap on consumer prices in August, but inflation appears to be rising, CPI shows 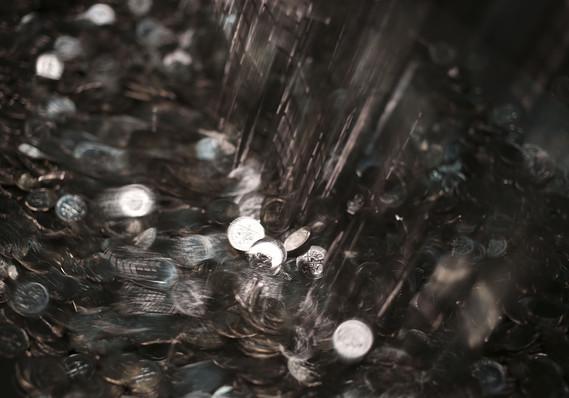 Bloomberg News/Landov
Inflation in the U.S. is low, but price pressures might be starting to build up.

The numbers: Cheaper gasoline kept consumer U.S. inflation in check in August, but rising costs for staples such as health care and housing pointed to a buildup in price pressures that could complicate the Federal Reserve’s job of managing the economy.

The increase in the cost of living has risen just 1.7% over the past 12 months, government figures show, largely because of a sharp drop in the cost of oil.

Yet if gas prices are set aside, inflation appears to have accelerated since the start of summer. Another closely watched measure of inflation that strips out food and energy rose 0.3% for the third month in a row.

The yearly increase in the so-called core rate advanced to 2.4%, matching a 13-month high. The last time the core rate of inflation was higher was in 2008. 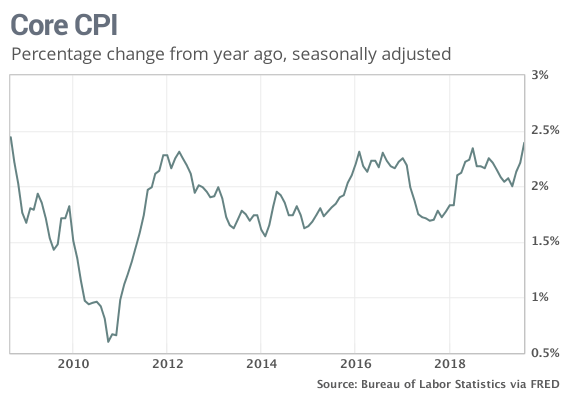 The latest stirring of inflation is unlikely to deter the Federal Reserve from cutting interest rates next week, but the central bank could face a quandary if prices keep rising and the economy continues to slow.

What happened: Gas prices fell in August more than they usually do as the summer driving season tapered off. The cost of food was also flat.

Prices rose for medical care, including prescription drugs. In a bad sign, the cost of medical care has risen in the past 12 months at the fastest pace in two and a half years.

After adjusting for inflation, hourly wages jumped 0.4%. They have risen a solid 1.5% in the past year.

Read: U.S. consumers are far from spent and that’s a lifesaver for a wobbly economy

Big picture: Inflation appears to be climbing back toward the Fed’s 2% target after a big drop early in the year, but most central bank officials simply aren’t bothered about inflation right now after years of weak readings.

They are more worried about the damage the U.S. trade war with China could cause to the economy. So far tariffs have had little effect on inflation, but the spat has harmed exports and business investment.

The Fed will cut rates again if the senior officials believe the threat is grave enough.

What they are saying?: “It is not clear that inflation fires are breaking out, but we’re starting to see some pretty substantial smoke,” said chief economist Stephen Stanley of Amherst Pierpont Securities.