Bear cubs on the White House lawn, an alligator in the bathtub — past presidents had wild taste in pets

As the Bidens prepare to bring dogs back to the West Wing, these are the strangest presidential pets in history 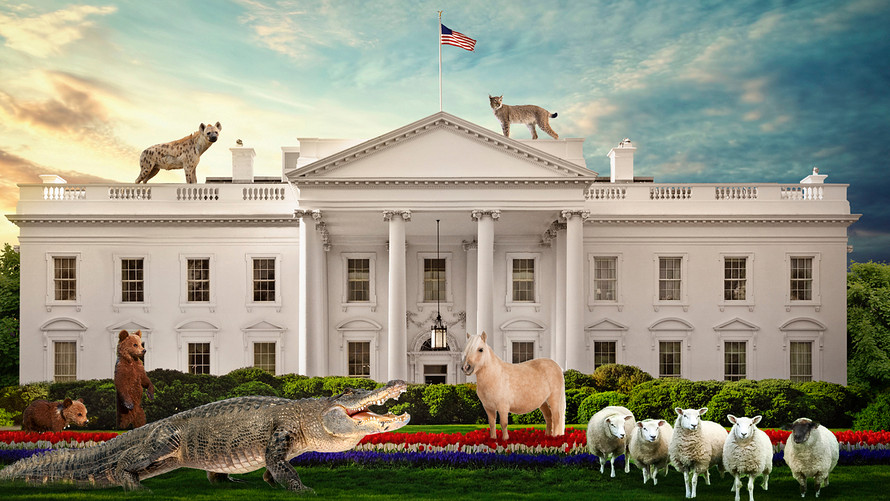 President Harry S. Truman is often credited with saying, “You want a friend in Washington, buy a dog.” But while there’s no hard evidence that he ever actually said this , one thing is certain: most American presidents have kept animal companions while living in the White House.

And some of these pets have been downright strange, and wouldn’t even be legal to keep today.

Presidential pets have bounded back into the conversation this week after Joe Biden was named the winner of the 2020 election over Donald Trump by the Associated Press and other major U.S. news organizations. Joe and Jill Biden plan to bring their German shepherds Champ and Major with them to the White House in January 2021, and many people reacted with joy that there would be pets in the White House again after Trump became the first president in more than 100 years to eschew keeping a furry or feathered friend. (Vice President Mike Pence, on the other hand, has a dog, a cat and a rabbit named Marlon Bundo that snagged a book deal and inspired a John Oliver parody.)

The Biden dogs even starred in campaign ads with the tagline, “Let’s put a dog back in the White House.”

In fact, most modern presidents have owned cats and dogs. President Barack Obama adopted Portuguese water dogs Bo and Sunny during his two terms, and he was often seen walking them on the White House lawn with his family. George W. and Laura Bush’s Scottish terrier Barney became a star in his own right in 2002 after he was featured in the White House Christmas video, and the “Barney Cam” co-starring fellow terrier Miss Beazley became an annual White House tradition during Bush’s tenure. The Clintons had Socks the cat and Buddy the Labrador retriever; George H.W. Bush kept English springer spaniel Millie and her pup, Ranger; and Ronald Reagan owned several dogs.

That aligns with the roughly 85 million U.S. families who own a pet, which makes up 67% of American households, according to the 2019-2020 National Pet Owners Survey from the American Pet Products Association. And dogs and cats remain the most common furbabies.

Related: Why Major Biden becoming the first shelter dog in the White House is a big deal

But some earlier presidents seriously threatened to turn 1600 Pennsylvania Ave. into an actual zoo, based on information at the Presidential Pet Museum , a collection of presidential pet memorabilia located outside of Baltimore

Take President John F. Kennedy, whose family menagerie in the early 1960s included Macaroni the pony, multiple horses, hamsters Debbie and Billy, dogs, parakeets, a canary, Zsa Zsa the rabbit and a cat; they all resided with the Kennedys at the White House. 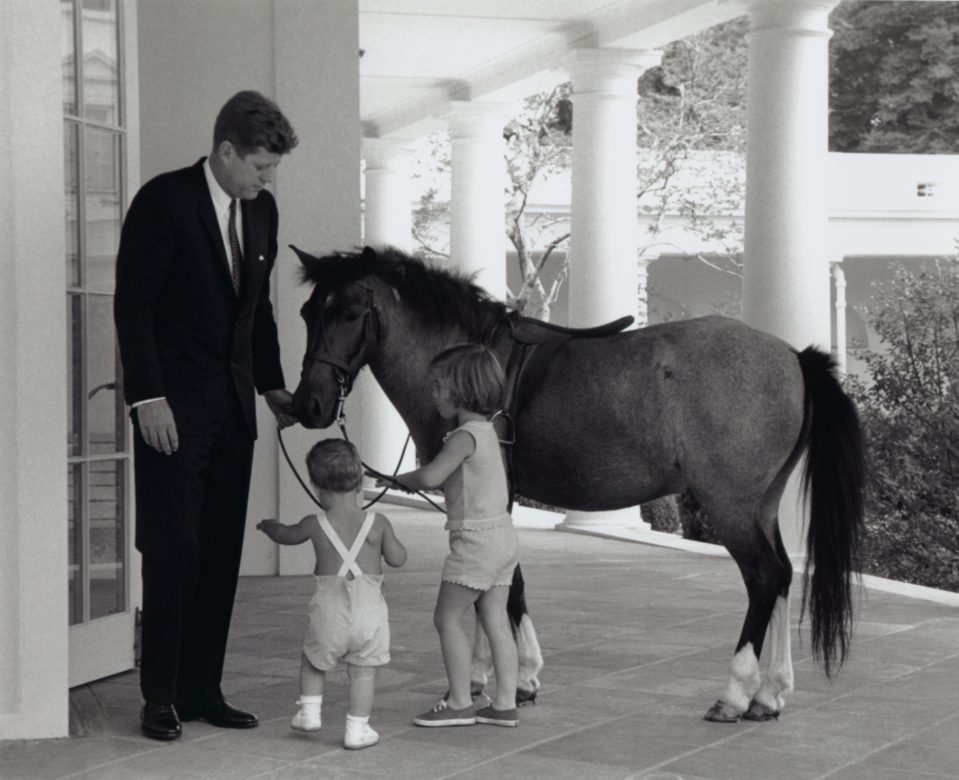 Or when President Calvin Coolidge (1923-1929) was given a raccoon to be served at Thanksgiving dinner in November 1926, he pardoned it and adopted it , instead. The raccoon was later named Rebecca, and the first lady, Grace, would walk her on a bedazzled leash. The Coolidges also had a bobcat named Smokey, who was a gift from the Great Smoky Mountains Association. They eventually sent him to a nearby zoo.

But President Theodore Roosevelt (1901-1909) outdid them all, owning dozens of animals including a one-legged rooster, dogs, cats, horses, a pony, snakes, kangaroo rats, a flying squirrel and a badger named Josiah who had a penchant for nipping people’s legs. (Although that was nothing compared with Roosevelt’s bulldog Pete, who almost caused an international incident when he tore the pants off a French ambassador.)

And then there were Roosevelt’s exotics, which were given to him by dignitaries. They included a lion and a zebra (which were sent directly to the National Zoological Park); Bill the hyena ( which sources said did live at the White House for a time, and was sometimes fed scraps from the table); a black bear named Jonathan Edwards ; and a coyote.

Gators and tigers and bears, oh my.

Before animal rights organizations and activists argued for laws against individuals owning exotic pets, plenty of other wild animals also called the White House their home.

President John Quincy Adams (1825-1829) kept an alligator in a bathtub . The Revolutionary War hero Marquis de Lafayette was given a live alligator while touring the 24 United States in 1824 and 1825, so he regifted the gator to President Adams, who put the reptile in a tub in the then-unfinished East Wing. First Lady Louisa Adams also kept silkworms, and she harvested their silk for her personal sewing. 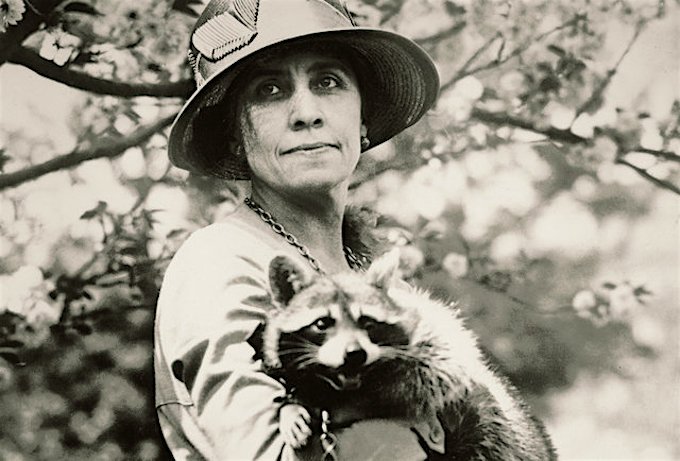 But this wasn’t the last alligator to saunter into the White House . President Herbert Hoover’s (1929-1933) younger son Allan had two pet gators in the early 1930s, which actually roamed on the White House grounds.

President Thomas Jefferson (1801-1809) had two grizzly bear cubs , one male and one female, which were given to him by American explorer Capt. Zebulon Pike. The cubs spent two months in a cage on public view on the White House’s front lawn until Jefferson’s friend Charles Peale was able to take them to be part of his growing natural history museum in Philadelphia. Jefferson’s favorite pet was his mockingbird named Dick, however, which would often perch on the president’s shoulder.

President Martin Van Buren (1837-1841) was given a pair of tiger cubs by the Sultan of Oman, but Congress confiscated them . The legislative branch claimed that the cubs had been sent to the United States while Andrew Jackson was still president, and they were therefore the property of the U.S., and not Van Buren. So the cubs were sent to a local zoo.

On the more practical side of history, President Woodrow Wilson (1913-1921) brought a flock of sheep to graze on the White House lawn . The flock not only saved the administration the trouble of mowing the lawn, but Wilson sold the wool to raise money for the American Red Cross during World War I.