Shares weighed down by fall in crude oil prices into a bear market, just as the company shifts focus to oil and away from gas 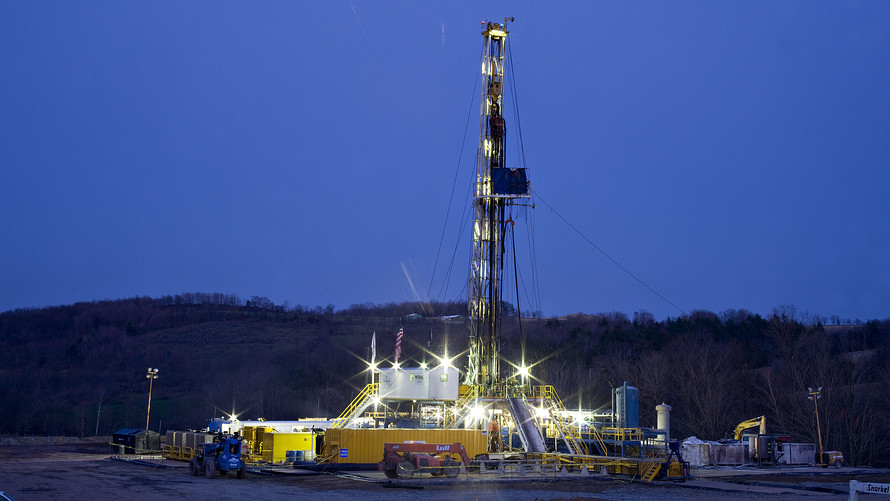 Shares of Chesapeake Energy Corp. sank Wednesday to the lowest price in decades, as oil prices fell just while the oil and gas company said in its second-quarter earnings report that it was shifting its focus to oil and away from natural gas.

The stock /zigman2/quotes/201364537/composite CHK +1.41%  slumped 3.8% in afternoon trading, paring earlier losses as much as 9.4%, and after tumbling 10.9% on Wednesday following the company’s wider-than-expected second-quarter loss. The stock, which has now plummeted 26.0% amid a five-session losing streak, is headed for the lowest close since April 12, 1999.

The selloff comes as crude oil futures prices /zigman2/quotes/209723049/delayed CL00 -0.77%  shed 4.7% to settle at the lowest price since January, and into a bear market, as an unexpected increase in U.S. crude inventories and growing fears that escalating U.S.-China trade tensions will slow global economic growth and demand for oil. See futures moves.

Over the past year, the correlation coefficient between Chesapeake Energy’s stock and continuous crude oil futures prices has been 0.78, in which 1.00 would mean they were perfectly in sync. 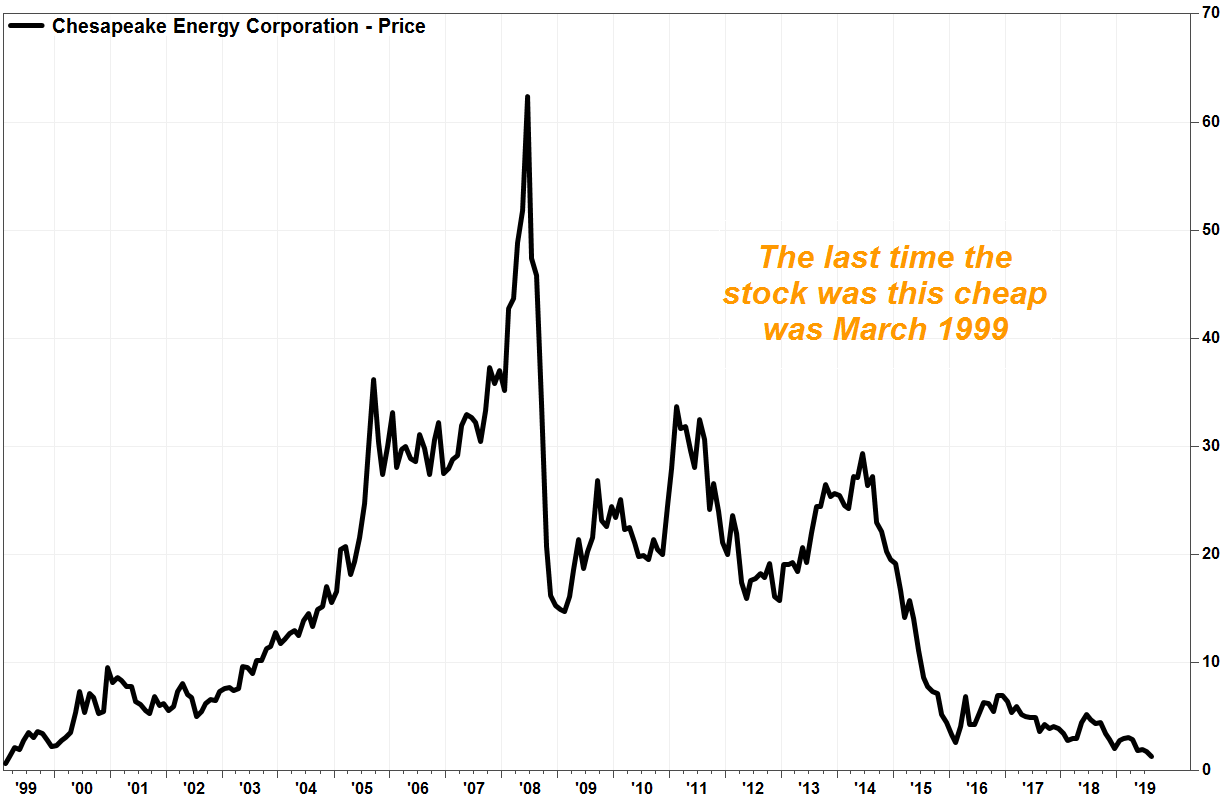 On Tuesday, Chief Executive Doug Lawler said as the company formulated its initial 2020 plans, he expected more capital to be allocated to oil growth areas, with less capital going toward gas assets. “As a result, with an approximately flat capital program in to 2019, we project our 2020 oil volumes will show double-digit percentage growth over 2019, while our gas volumes will show a double-digit percentage decline…,” Lawler said.

In the second quarter, Chesapeake said it produced 122,000 barrels of oil per day, with oil production representing about 25% of Chesapeake’s total production mix.

The company said the focus away from gas was because of the weak gas price environment.

Natural gas futures shed 1.3% on Wednesday. On Monday, the futures closed at the lowest price since May 2016. 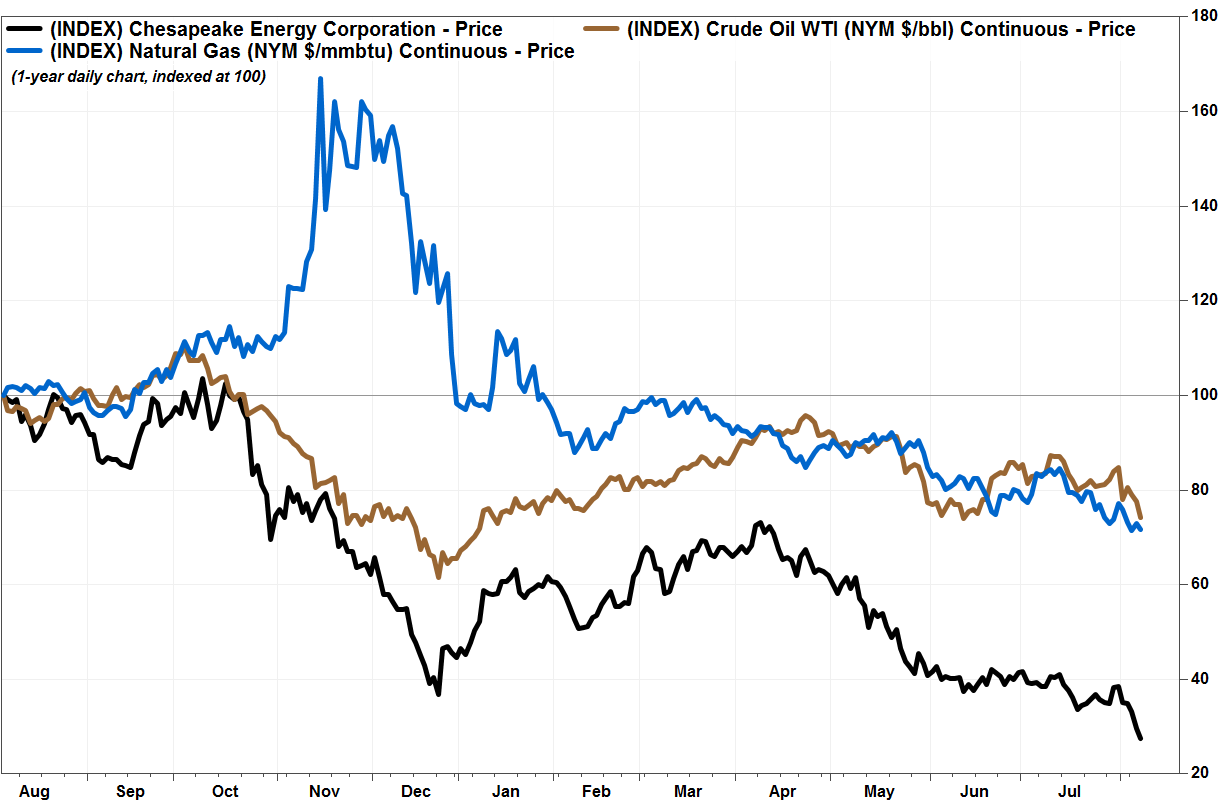 SunTrust Robinson Humphrey analyst Neal Dingmann reiterated his hold rating, but suspended his $2.00 stock price target, which was 44% above Tuesday’s closing price. He said he remains “uncertain” whether Chesapeake’s “all in” move into oil will prove cash flow positive, and is still cautious on the stock given the company’s high debt levels.

Get news alerts on Chesapeake Energy Corp. — or create your own.