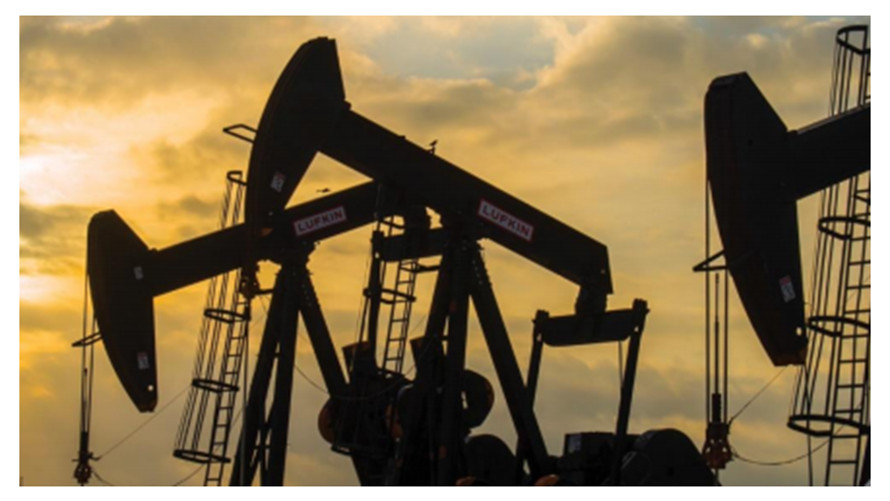 Shares of Chesapeake Energy Corp. dropped on heavy volume Wednesday, pulled down by a selloff in crude oil prices, although some Wall Street analysts were upbeat on the oil and gas company’s plan to issue a large amount of common stock in exchange for debt.

The stock /zigman2/quotes/201364537/composite CHK -2.67%  had run up as much as 8.2% in morning trading before pulling a sharp U-turn to drop into negative territory as oil prices turned down. The stock was down 0.6% in afternoon trading on volume of 58.9 million shares, which is enough to make the stock the most actively traded on major U.S. exchanges.

At the intraday high, the stock had recovered everything it lost the previous session, and then some, after the company announced a dilutive stock offering, and exchanged them for senior notes and convertible preferred stock.

The stock then started pulling back, as crude oil futures swung from an earlier gain of as much as 1.6% to a drop of 2.6% in recent trading. The selloff followed a Bloomberg report that President Trump was considering easing sanctions on Iran in order to secure a meeting with Iranian President Hassan Rouhani. Read more in Futures Movers.

The common stock issuance represented a 15.3% increase to the number of shares outstanding.

The company said the exchange allowed it to retire a portion of its debt and preferred stock at “a significant discount” to par value, and reduce annual interest and preferred dividend payments by about $35 million. 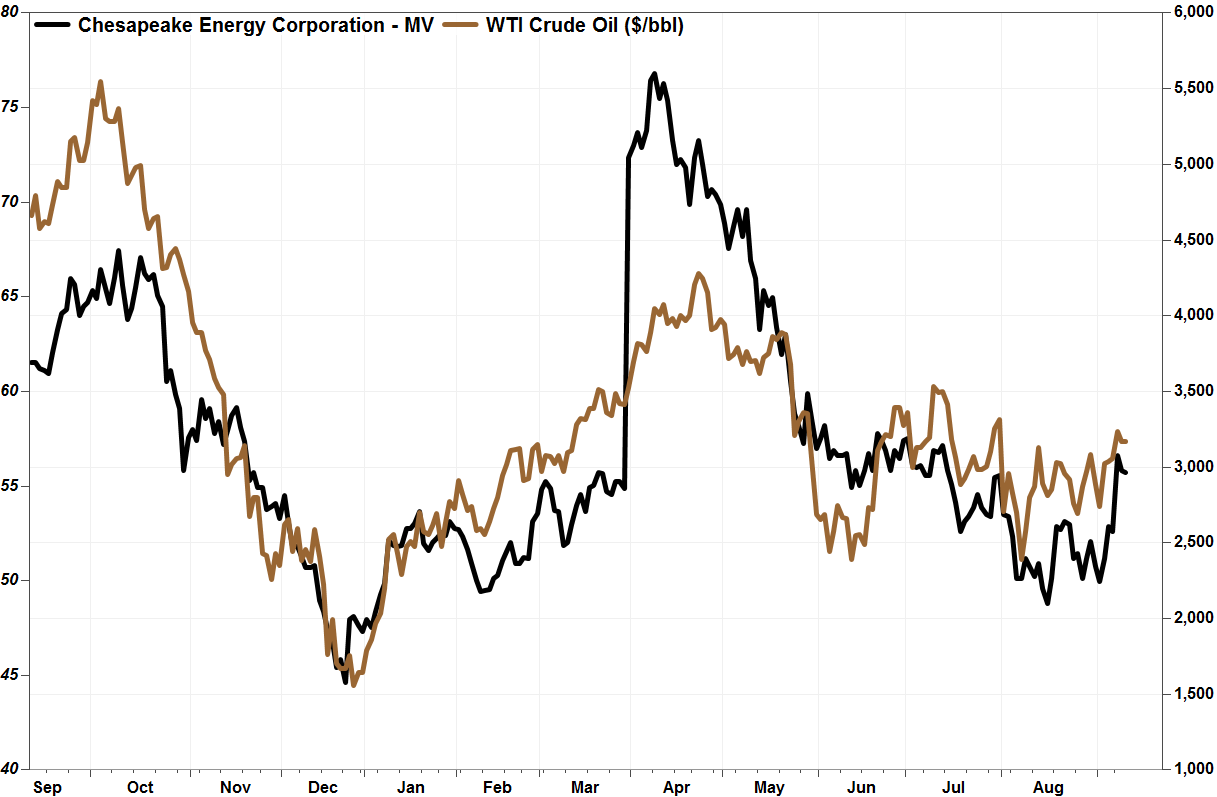 Analyst Neal Dingmann at SunTrust Robinson Humphrey said Tuesday announcement of the debt-for-equity swap simplifies Chesapeake’s capital structure, and was a “good faith move” by Chesapeake to signal to investors that the debt market is open, as the company look for strategic ways to reduce debt.

“We view [Tuesday’s] transaction as another positive step to address the $11 billion in debt and preferred equity,” Dingmann wrote in a note to clients.

That said, Dingmann reiterated the hold rating he’s had on the stock for the past year, saying he believes the company still needs to sell large blocks of non-core assets. He set a new $2.00 price target for the stock, which is 4.7% above current levels.

Imperial Capital’s Jason Wrangler was also upbeat about how Chesapeake is using the tools it has available in the current environment to keep reducing debt and lowering near-term maturities.

“While [Chesapeake] has used asset sales and other initiatives to reduce debt over the last few years, in the current environment with volatile/low commodity prices and limited capital markets access, this transaction is one of the few tools available to [Chesapeake], in our view,” Wrangler wrote in a research note. “Overall, the transaction makes sense financially to improve the balance sheet despite a 15% dilution to common equity.”

Get news alerts on Chesapeake Energy Corp. — or create your own.