Chevron, Exxon earnings: Shale M&A is high on the list of investor concerns 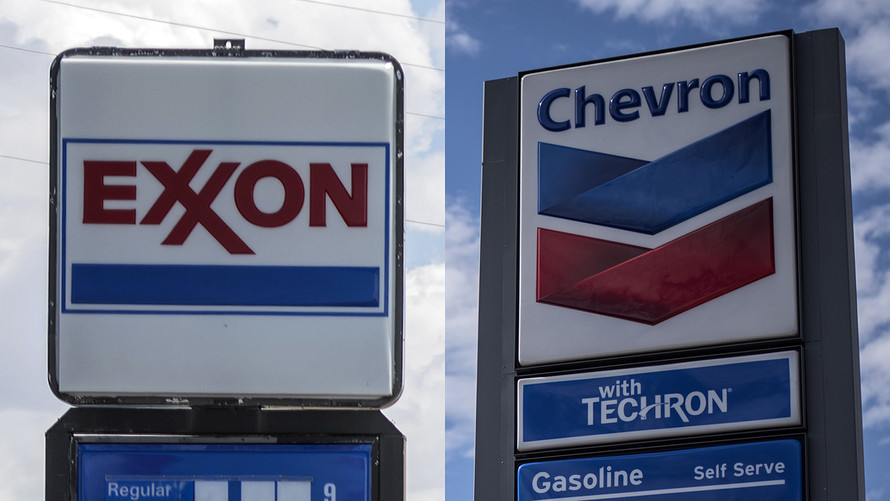 Exxon Mobil Corp. and Chevron Corp. are slated to report second-quarter earnings next Friday before the bell amid heightened interest in U.S. shale and continued concerns about flagging demand for oil.

For Chevron (NYS:CVX) , it will be the first earnings report after it lost out on a key shale asset: Earlier this year, Occidental Petroleum Corp. (NYS:OXY)  emerged victorious in a battle for Anadarko Petroleum Corp. , besting Chevron, which had moved first but bowed out after Occidental sweetened its offer with an eye on Anadarko’s shale holdings in Texas’ Permian Basin.

“The U.S.’s Permian has become a focal point for both of these companies,” said Rob Thummel, a fund manager with Tortoise Capital Advisors. Mergers and acquisitions will be a focus after that failed transaction, he said.

Exxon (NYS:XOM)  will have to show it is over a “rough” first quarter, mostly due to weaker chemical and refining businesses, Thummel said. Exxon in April reported profits that were below estimates and sales that were slightly ahead of expectations.

“Investors will be looking to see whether Exxon is able to bounce back,” and whether the company’s chemical and refining units will show improvement, he said.

Estimize, a crowdsourcing platform that gathers estimates from Wall Street analysts as well as buy-side analysts, fund managers, company executives, academics and others, is expecting an adjusted profit of 78 cents a share for Exxon.

The Estimize number for Chevron is $1.86 a share, adjusted.

For Chevron, the expectation is revenue at $40.6 billion, which would be down from $42.2 billion a year ago. The consensus at Estimize for Chevron sales is $42.2 billion.

Stock movement: Exxon shares have gained more than 9% so far this year, while Chevron shares are flat. The movements compare with gains of 21% and 17% for the S&P 500 index (S&P:SPX)  and the Dow Jones Industrial Average. (DOW:DJIA)

What else to expect: Second-quarter earnings are approaching with investors still mostly preferring Chevron over Exxon.

Amid expectations of a continued lower oil-price environment, Chevron has the edge given its greater free cash flow “and thus shareholder returns on a more conservative spending profile,” analysts at Tudor Pickering Holt said in a recent note to clients.

Both Exxon and Chevron hold the advantage against pure exploration and production oil companies, however, since they are “partially insulated by their non-crude exposure (i.e. downstream and international gas), while outsize balance sheet capacity can serve as a backstop to prolonged pain.”

Exxon and Chevron usually keep earnings news releases and calls with analysts strictly about their quarterly numbers, but investors might be able to gauge their mood toward mergers and acquisitions when talk turns to expanding in the U.S. or their inventories, Tortoise’s Thummel said.

Both Chevron and Exxon “really weren’t believers (in the Permian) early on,” he said. “They want more exposure to it,” he said.

“The Permian remains the center of the E&P investing universe, despite the basin no longer providing the positive rate of change we had gotten used to,” analysts at Jefferies said in a note.

Compared with other sectors, energy has fallen out of favor as volatility in oil prices has spooked investors. If Chevron and Exxon give any hints at ways to increase free cash flow with an eye toward funneling it into increased share buyback programs or dividends, that would go a long way into luring investors back.