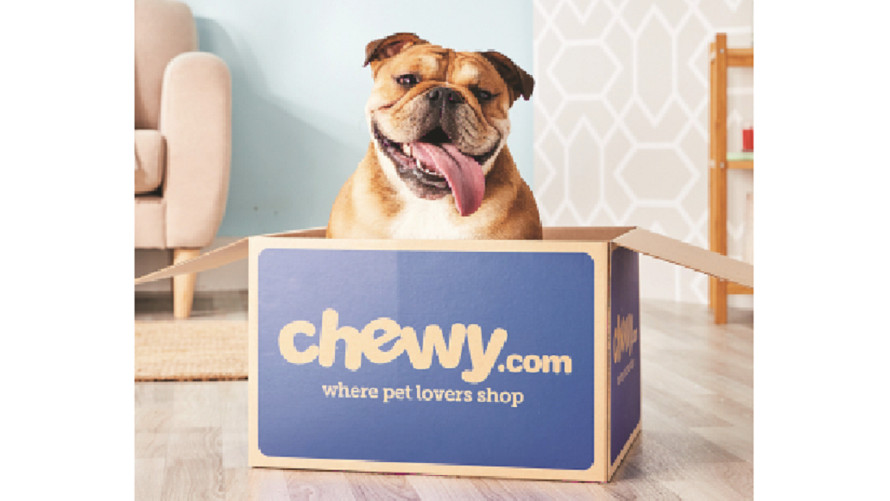 Shares of Chewy Inc. rocketed in their public debut Friday, as investors looked to buy into the rapidly growing online seller that says it is feeding on a “pet humanization” trend.

Chewy (NYS:CHWY)  announced late Thursday that it planned to sell at least 46.5 million shares at $22 apiece, which would bring in more than $1 billion at an initial valuation approaching $9 billion. Chewy had already increased its targeted IPO pricing range to $19 to $21, from an earlier range of $17 to $19, then priced higher than that range and added nearly 5 million more shares to the offering.

The extra shares come from corporate parent PetSmart Inc., which will take home the bulk of the proceeds by selling 40.9 million of the IPO shares. Underwriters — led by Morgan Stanley, JP Morgan and Allen & Co. — have access to an additional 6.98 million shares that could push the total higher, and those shares would also come from PetSmart.

The stock’s first trade Friday was at $36, or 64% above the IPO price, at 11:03 a.m. Eastern for 6.1 million shares, then rose to a gain of as much as 88% soon after before paring some gains. It was up 60% in afternoon trading to imply a market capitalization of about $13.8 billion, according to FactSet.

The company, which was launched in 2011, boasts that it is the largest “pure-play pet e-tailer” in the U.S., with a broad selection of more than 1,600 brands and the delivery of more than 100 million orders since inception. Chewy operates as an independent subsidiary of PetSmart, which acquired Chewy.com in May 2017.

Chewy’s mission is to be the “most trusted and convenient online destination for pet parents everywhere.” The plan since its launch has been to bring the best of the neighborhood pet store shopping experience to a larger audience, while maintaining a customer- and pet-centric culture.

“At Chewy, we love pets and pet parents. We view pets as family and are obsessed with serving pet parents by meeting all of their needs and exceeding expectations through every interaction,” according to the company’s mission statement.

There is a reason Chewy loves pet parents: The number of them keeps growing, and they tend to spend more, the longer they have their pets. And most of the money they spend is automatic, as part of the company’s Autoship subscription program.

The company has been led by Chief Executive Sumit Singh since March 2018. More than just a pet lover, Singh knows the e-commerce industry well. Before Chewy, Singh was director of Amazon.com Inc.’s consumables business (Fresh and Pantry) from 2015 to 2017, and was general manager of Amazon’s North American merchant fulfillment and third-party businesses from 2013 to 2015.

Chewy will be defined as a “controlled company,” with PetSmart retaining control of its corporate subsidiary. Chewy shares are expected to begin trading Friday on the New York Stock Exchange under the ticker symbol CHWY.

The company is looking to go public at a time that the exchange-traded Renaissance IPO (PSE:IPO)  has run up 34% year to date, outperforming the iShares Pet Care exchange-traded fund’s (BATS:PAWZ)  15% rally and the S&P 500 index (S&P:SPX)  , which has also climbed 15.

Here are five other things to know about Chewy ahead of the IPO.

Chewy is bigger than you think, and growing very fast 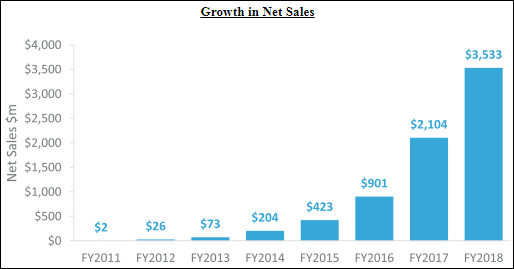 Dual-class structure, so no S&P 500 inclusion

The common stock will have a dual-class structure. Class A shares will be offered to the public, and carry one vote, while Class B shareholders will be entitled to 10 votes.

The Class B common stock will be convertible at any time into one share of class A stock. After the IPO, majority owner PetSmart Inc. will own 278.4 million Class B shares, representing 70% of the total shares outstanding and 77% of the combined voting power.

The dual-class structure means Chewy can’t be included in the S&P 500, S&P MidCap 400 (S&P:MID) , the S&P SmallCap 600 (S&P:SML)  or the Russell 2000 (USA:RUT) indexes, since those indexes exclude companies with multiple classes of shares.

There is an exception to that rule, given turnover and liquidity concerns, but that S&P Dow Jones Indices reserved that for Warren Buffett’s Berkshire Hathaway Inc. (NYS:BRK.B)  .

There are risks associated with the lack of inclusion in those indexes, as it means investment funds that try to track the indexes won’t invest in Chewy shares. So there is a risk that exclusion from major market indexes makes its stock less attractive than those that are included.

Lyft and Pinterest also have dual-class structures, but the voting ratio between their Class B and class A shares is 20-to-1.

‘High-touch’ service is key for the e-tailer

Because one of Chewy’s missions to offer “personalized, high-touch customer service to every customer, every day and in every interaction,” the company needs inventory space to ship products quickly and customer-service centers. The company currently has seven fulfillment centers across seven states, three customer-service centers and two co-headquarters, in Florida and Boston.

“Our strategic placement of seven fulfillment centers across the United States enables us to cost-efficiently ship to approximately 80% of the U.S. population overnight and 100% in two days,” the company said in its S-1. 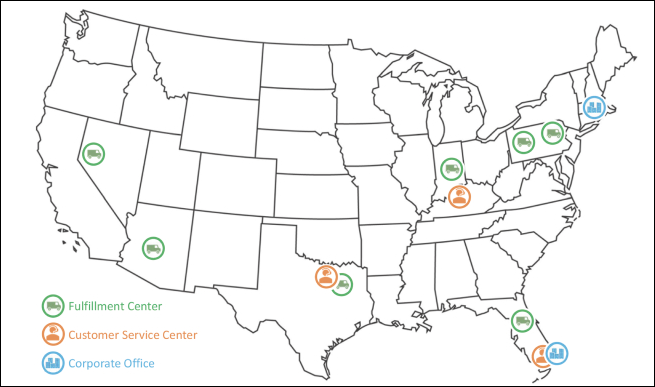 The company believes this attention to service helps boost customer loyalty and spending over time.

“Our customers spend more on average the longer they remain active, increasing their total spending with us after the first year from their initial order,” Chewy said. “Customers who remain active on our site spend an average of three to four times as much in their third year as they did in their first year, and total net sales across all customers in that cohort increase over time, reaching approximately 1.5X their first-year sales.”

And as evidence of a high customer-retention rate, the company said in 2018, it achieved 120% of sales from the existing customer base from the prior year.

People are spending more on pets, and for a long time

Chewy said it believes it is well positioned to reap the benefits of continued growth in the “highly attractive” pet industry. One reason the pet market is attractive is growth has continued unabated, even through the last recession from 2008 to 2010.

Sales of products and services reached $70 billion in 2017, and is expected to grow at a compound annual growth rate (CAGR) of 4.2% to 2022, according to Packaged Facts data.

Helping to support sales growth is a rising number of households with pets, which climbed to 85 million as of the end of 2016 from 73 million in 2010, according to the American Pet Products Association (APPA). The growth spans generations, as the percentage of young adults, ages 18 to 24, that own pets has grown to 53% in 2017 from 44% in 2010, according to Packaged Facts.

Chewy said it believes the “pet humanization” trend is what is driving the increased spending per pet. There are three areas the company believes the trend manifests itself:

• Premium consumables : Pet parents are becoming more concerned about pet health, as about 75% of pet product buyers in 2018 were willing to pay more for healthier pet food products, according to Packaged Facts.

• Services : Annual spending on nonmedical pet services, such as grooming, boarding, sitting, walking and training, grew to $131 in 2017 from $105 in 2013, according to Packaged Facts.

Most of Chewy’s sales come from subscriptions, and that’s growing

Another attractive aspect of the pet-products market is that it is well suited to recurring revenue through subscription sales, as evidenced by the big jump in Chewy’s Autoship subscription program, which provides automatic ordering, payment and delivery of products. Autoship customer sales jumped to $2.3 billion in 2018, representing 66% of total sales, from $1.3 billion, or which provide, have increased to 66% of net sales in 2018 $2.3 billion, or 62% of total sales in 2017.

The company believes higher recurring sales have helped to drive increasing lifetime value (LTV) of its customers. And Chewy said its customers have longer LTV than most e-commerce sites, helped by the length of pet ownership.

The average length of dog and cat ownership is roughly 18 years, Chewy said, citing an APPA survey. The survey also showed that only 16% of current pet owners wouldn’t get another pet if the current pet died.