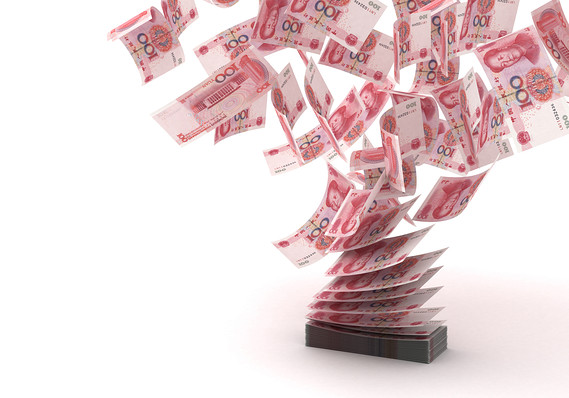 HONG KONG (MarketWatch) — Last Friday, the Bank of Japan effectively tossed a grenade into the region’s currency markets with its surprise announcement of a new round of quantitative easing sending the yen /zigman2/quotes/210561789/realtime/sampled USDJPY +0.2105%  to fresh lows.

The move will be particularly problematic for China, as its slow-crawling managed rate to the U.S. dollar /zigman2/quotes/210561991/realtime/sampled USDCNY 0.0000%  renders it is effectively defenseless when confronted by currency wars, in which countries try to steal growth from their trading partners through competitive devaluations. It also comes at a time when Beijing is already battling foes on two fronts: hot-money outflows and an economy flirting with deflation.

The consensus is that the world’s largest trading nation will resist the temptation to enter the fray with a competitive devaluation or move to a market-based exchange rate. Yet Japan’s latest actions will hurt, as they hold Beijing’s feet to the fire.

The decision last Friday by the Bank of Japan to boost its bond purchases by more than a third to roughly $725 billion a year, among other actions, sent the yen tumbling to a seven-year low as the dollar rallied to above ¥112. This means the currency of the world’s second-biggest economy has now risen by roughly a third against that of the world’s third-biggest since late 2012.

That’s a significant revaluation to swallow by any measure, all the more so as Japan and China are increasingly competing with each other, say analysts.

The other reason Japan’s escalation of QE turns up the heat on China is that it risks exposing the vulnerabilities in Beijing’s piecemeal approach to opening up its capital account.

If we rewind to early 2013 when Japan’s started it aggressive monetary-stimulus program dubbed “Abenomics,” it drew rebuke from mainland Chinese officials, who warned it could fuel inflation and asset bubbles in China.

Once again Beijing will be uncomfortable, but for different reasons as today’s problems are hot money retreating and managing the unwinding of debt.

The market is still digesting the significance of China’s foreign-reserves pile shrinking by $100 billion in the third quarter, and it will be watching carefully for external shocks that could exacerbate this trend.

China’s exchange-rate mechanism — essentially a loose peg to the U.S. dollar — and its official capital controls place currency policy in a pivotal position. If capital continues to exit, authorities must choose whether to defend the exchange rate and tighten money supply, or let the exchange rate weaken.

The weekend brought further evidence that China’s economy and monetary conditions are deteriorating, as industrial activity slowed unexpectedly as shown in the official Manufacturing Purchasing Managers’ Index, which dropped to 50.8 in October from 51.1 in September.

This will reinforce fears that China’s credit conditions are set to worsen. It also puts the People’s Bank of China in a policy bind. Rate cuts to stimulate growth would now be counterproductive, as banks need to consider raising interest rates to maintain deposits.

Yet this too comes with risks, since China loaded up on foreign debt in the last leg of its borrowing spree, through its partially opened capital account.

Much of this was routed through Hong Kong, which Jefferies strategist Sean Darby earlier this year referred to as an “invisible carry trade” that had a “parabolic” increase since 2010. Some analysts put the total as high as $1.2 trillion.

The risk is that any devaluation sets up the scenario of the Asian financial crisis of debt defaults due to a currency mismatch.

Most likely, China will muddle through for now, but there appears to be no painless solution to this debt unwind.

If authorities allow growth to fall too sharply, this in itself could cause capital to exit and intensify a credit crunch.

The policy choice could come down to accelerating moves to a market-determined exchange rate and an open capital account, or moving the other way to limit capital movement.

Meanwhile, the other swing factor in the currency trap is the prospect of continued strength in the U.S. dollar /zigman2/quotes/210598269/delayed DXY -0.07%  as the Federal Reserve has now exited from QE. This could force Beijing to make a move on its exchange-rate regime, one way or another.

Get news alerts on Japanese Yen and Chinese Yuan — or create your own.