HONG KONG (MarketWatch) — China’s bank lending and money supply expanded at slower-than-expected rates in May, data released by the central bank showed Monday, adding to an overall picture of cooling growth as authorities further tighten credit to rein in inflation.

Growth in M1, which is considered a key gauge of deposits by the corporate sector, rose 12.7% versus estimates for a 13.7% rise.

“Though these readings could ease markets’ inflation expectations, they could also add fear to the credit-crunch stories and worsen worries on a hard landing in China,” Bank of America Merrill Lynch analysts in Hong Kong said in a note following Monday’s data release by the People’s Bank of China. 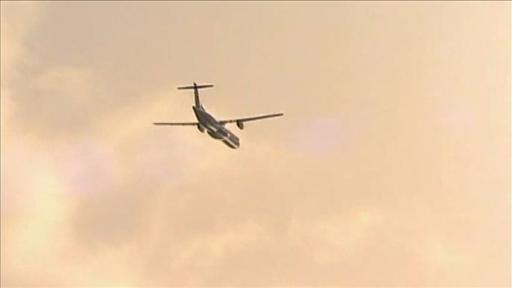 Australia cancels flights due to ash

Signs of weaker loan growth in China also added to views by some analysts that activity in the region may have already reached its high-water mark for the current cycle.

Nomura International said in a note over the weekend that investors appear unprepared for a growth slowdown, with upbeat sentiment for the economy and stocks still dominant.

“The recent softness in economic data is excused away as temporary,” wrote Nomura’s Sean Darby in research released over the weekend. “However, we recommend taking care, since cash flow within China is beginning to deteriorate.”

Much of the weakness among corporate lending reflected weaker fixed-asset investment, Merrill said, adding that it didn’t see any change in the 7 trillion-7.5 trillion yuan lending target for the full year set by authorities.

But Merrill also cautioned against reading too much into the money-supply figures. The firm said that to some extent, the changes in M1 and M2 could be attributed to a shift in the way China’s central bank tracks the figures and as households bought investment products held at financial institutions, in effect drawing down savings held within the banking system.

Daiwa Capital Markets said Monday officials had little choice but to continue the credit-tightening campaign. The PBOC is even set to raise rates a quarter-point at its policy meeting later this month, as reports show inflation is still rising, the firm said.

Chinese officials won’t switch to a loosening stance until they see two months of falling CPI readings, something they won’t see till September at the earliest, Daiwa said.