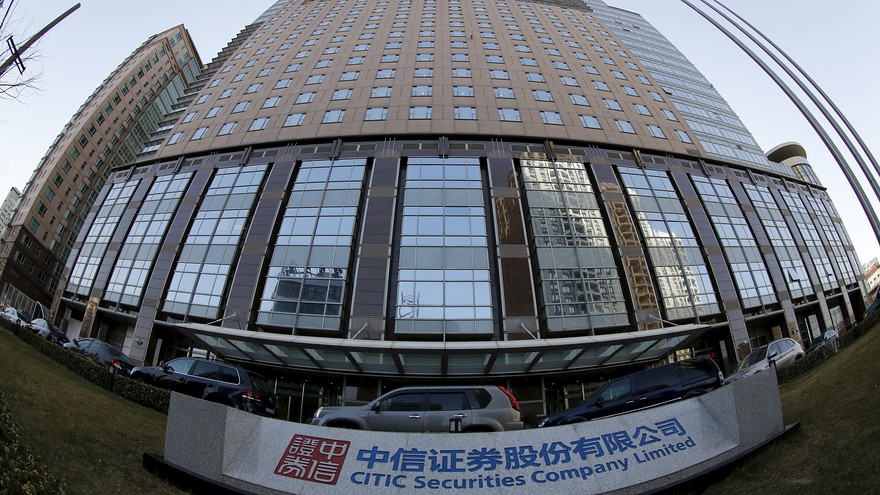 Reuters
Brokers under the microscope in China.

The losses wiped out most of Shanghai’s gains this month and the index remains down 38% from a June peak.

On Thursday, China’s largest stock broker, Citic Securities Co. /zigman2/quotes/210326178/delayed CN:600030 +0.24% , said it would cooperate with the country’s stock regulator in an investigation of the firm for suspected violation of securities rules. Guosen Securities /zigman2/quotes/201299543/delayed CN:002736 -0.40%  , China’s third-largest broker by assets, said it is under investigation for suspected violations, too, according to a company filing.

Guosen was also down at the 10% daily limit in Shenzhen on Friday, off 6.4% for the week.

Shares of Haitong Securities /zigman2/quotes/203443667/delayed CN:600837 -0.98%  fell 3.8% in Hong Kong, before the brokerage issued a trading halt after the market opened without citing reasons. Analysts say that they suspect authorities are investigating Haitong as well.

“Investors have concerns about who will be the next one” targeted by authorities, said Wong Chi-man, head of research at China Galaxy International Securities. “We only know [Citic and Guosen] received notices of investigation but nobody exactly knows what went wrong. With limited information, investors are finding it difficult to quantify the impact. Therefore some may just trim their position and stay on the sidelines first.”

The Shanghai benchmark’s losses worsen throughout the day, falling as much as 6.1% in the afternoon session, as buying momentum increased.

Chinese authorities’ increased scrutiny of the securities industry is part of a crackdown that has ranged from targeting “malicious” short sellers to arresting star fund managers in the wake of the summer stock rout. The Shanghai Composite Index, which fell more than 40% from peak to trough during the summer, is now up more than 20% from its August lows.

‘The government wants to foster a stock market that can support the real economy, not one that allows speculative investors to profit from derivatives products.’

Analysts say officials’ moves aim to drain leverage and speculation from the market. Investors who borrowed heavily to buy shares fed a yearlong rally through June, though the unwinding of those loans also accelerated losses over the summer.

A two-month rebound in margin loans has stalled recently with loans reaching 1.22 trillion yuan ($190.94 billion) as of Thursday, according to Wind Information Co.

Loans fell below 1 trillion yuan in late September, when the market’s fall forced the unwinding of bets by brokerages.

Regulators also have said they are looking for signs of irregularities in the industry. Earlier this week, the quasi-regulatory Securities Association of China said Citic overstated its swap transactions numbers between April and September.

“The government wants to foster a stock market that can support the real economy, not one that allows speculative investors to profit from derivatives products,” said Guotai Junan’s analyst Zhang Xin.

Markets in the U.S. were closed Thursday for the Thanksgiving holiday.