Nikkei gains as yen falls against the dollar 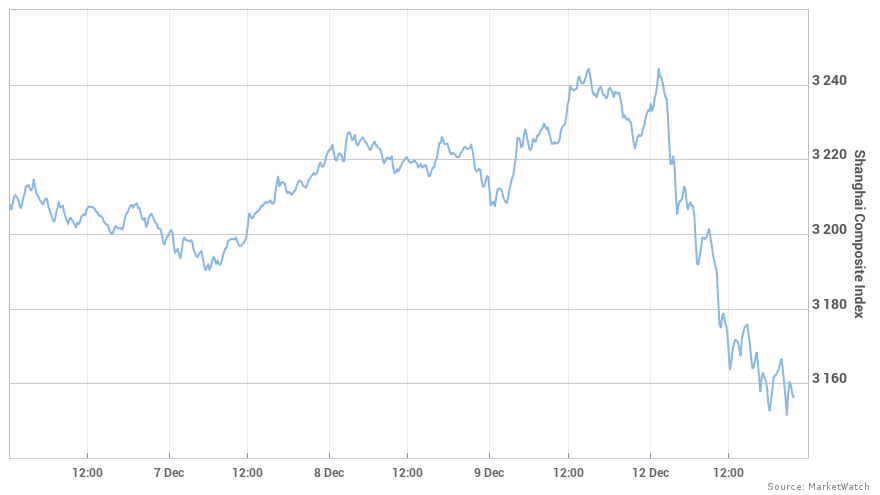 Also on Friday, Foresea Life, an arm of Chinese financial conglomerate Baoneng Group, pledged to gradually reduce holdings in a Shenzhen-listed, home-appliance heavyweight. This would mean an unwinding of the stake-building activity that led to harsh disapproval from Chinese regulators.

“It’s clear that the regulator is strongly against such stake buying by insurers that may disturb management of listed firms,” said Deng Wenyuan, an analyst at Soochow Securities.

However, “investors did not expect a sudden tightening up over insurers,” the analyst said.

Shares of Chinese insurers were among the big decliners in the A-shares market on Monday, with China Life Insurance /zigman2/quotes/204761736/delayed CN:601336 -1.73%   coming back from earlier losses to end down 1.1%, and New China Life Insurance   ending 1.8% lower after steep declines initially. 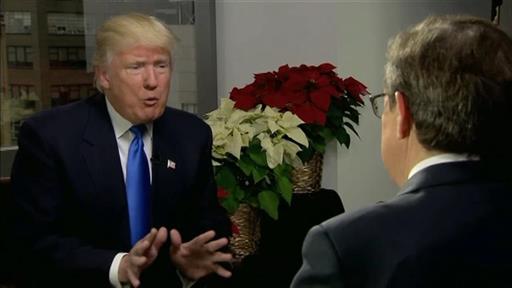 In an interview on Fox News, President-elect Donald Trump said he saw no reason why the U.S. should continue abiding by the “One China” policy.

Meanwhile, comments Sunday by U.S. President-elect Donald Trump that there may be a change in the U.S.’s acceptance of the “one China” principle, a cornerstone policy that has helped maintain peace between China and Taiwan, also hurt investor sentiment, analysts said.

“People were expecting trade disputes but not fundamental differences in ideologies between the two nations,” said Hao Hong, managing director of research at the Bank of Communications.

But Trump’s comments helped the Taiwan’s Taiex  set an 18-month high before closing 0.5% lower, dragged down by the slide in Chinese domestic stocks. Fitch Ratings earlier struck a cautious tone that a cooling off of relations with China would hurt the island.

Elsewhere in the region, Australia’s S&P/ASX 200 /zigman2/quotes/210598100/delayed AU:XJO +1.51%  was flat, after earlier dipping into the red, despite strength in key oil stocks and a rise in the price of Brent   the international oil benchmark.

Over the weekend, the Organization of the Petroleum Exporting Countries reached an agreement with other oil-producing nations to remove 558,000 barrels a day of crude oil from the market. That would come on top of 1.2 million barrels a day in cuts already agreed to by OPEC, amounting to a total of almost 2% of global oil supply.

Japan benefited from a stronger dollar, with the yen /zigman2/quotes/210561789/realtime/sampled USDJPY +0.1103%  about 0.7% weaker against its U.S. counterpart, compared with its level at the Nikkei’s close on Friday. A weaker currency helps make the country’s exports more competitive. The greenback was last trading 0.3% higher against the yen on Monday.

The dollar gained on Monday as a near-certain interest-rate increase by the Federal Reserve was set for later this week when the Federal Open Market Committee meets. The WSJ Dollar Index /zigman2/quotes/210673925/realtime XX:BUXX +0.02%  , which measures the U.S. currency against 16 others, was flat, after rising 0.5% in the U.S. on Friday.

Read: Look for the Fed to hike interest rates this week and ignore the elephant in the room

However, some analysts cautioned that the market may not be prepared for any hawkish commentary from the Fed this week that could affect investor trading sentiment.

“It is only a matter of time before the Fed gets hawkish because of inflation,” said Kay Van-Petersen, global macro strategist at Saxo Capital Markets in Singapore.