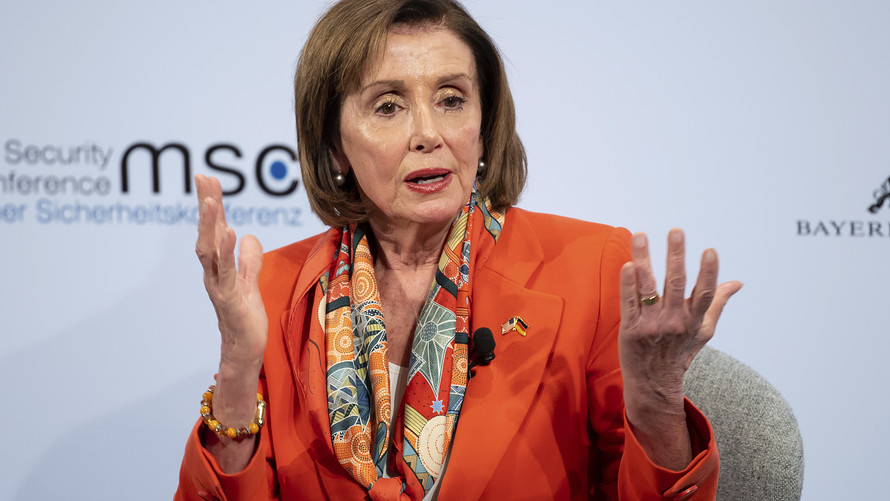 MUNICH (AP) — U.S. House Speaker Nancy Pelosi appealed Friday to an audience in Germany for countries to steer clear of Chinese tech giant Huawei as they build their next-generation cellular networks, adding her voice to pressure from the Trump administration.

“China is seeking to export its digital autocracy through its telecommunication giant Huawei,” Pelosi said during an appearance at the Munich Security Conference, an annual gathering of foreign and security leaders from around the world.

Chinese domination of 5G “would be to choose autocracy over democracy,” the speaker said. “We must instead move to an internationalization.”

The Trump administration has raised national-security concerns about Huawei, the world’s largest telecommunications equipment manufacturer, and is aggressively lobbying Western allies to bar the company from wireless, high-speed networks.

Trump administration officials, including Cabinet secretaries, say Huawei can give the Chinese government back-door access to data, allegations the company rejects. The U.S. has been trying to have European nations ban the gear from next-generation cellular networks, but countries are shying away from banning it altogether.

‘Nancy Pelosi and Donald Trump are probably not going to have many dinners together, but, if you ask them about British purchase of Huawei, they’ll give you the same answer.’

Secretary of State Mike Pompeo and Defense Secretary Mark Esper are also at the Munich conference.

Senate Judiciary Committee Chairman Lindsey Graham, a Republican, emphasized broad agreement in the U.S. that “Huawei technology is a threat to the United States and, we really think, to world order.”

“Nancy Pelosi and Donald Trump are probably not going to have many dinners together, but, if you ask them about British purchase of Huawei, they’ll give you the same answer,” Graham said.

“We owe it to the world, all of us do, to give you an alternative — we just can’t say no forever to 5G,” he added. “But we are very firm in our commitment, Republicans and Democrats, that if you go down the Huawei road, you’re going to burn a lot of bridges.”