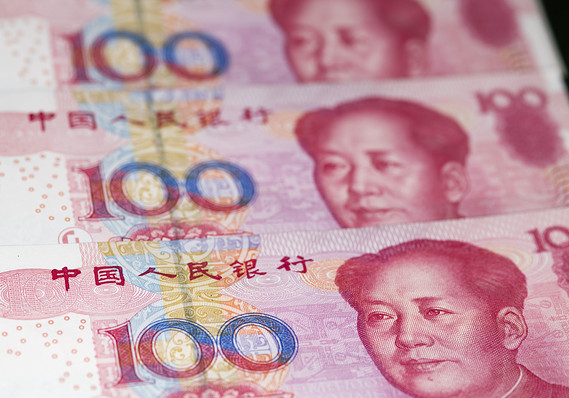 Last week we wrote a column discussing the devaluation in the Chinese yuan and the "reasons" behind the People’s Bank of China (PBOC) allowing the yuan to devalue. What we learned from this column was that, try as they might, the PBOC cannot control the value of the yuan, and ultimately the driving force behind the value of the yuan is the will of the market.

Since the yuan was devalued, we have seen a stock-market crash and huge swings in just about every foreign currency. Many pundits, of course, have claimed that the devaluation of the yuan was the proximate cause of the movements in the equities and currency markets. Unfortunately, they may need to re-evaluate their definition of "proximate cause," as the equity movements occurred more than a week after the devaluation occurred.

Interestingly enough, during this market turmoil, the yuan itself has barely budged. Does this mean that the PBOC has things back under control? Has the currency war crisis been averted, or are we simply dealing with the market forces at work again?

Let's start by looking at what happened to the U.S. Dollar index during this "crash" in the equities market. The U.S. Dollar Index which is comprised of a basket of six foreign currencies was actually down close to 6%. However, the dollar/yuan (USD/CNY) currency pair has hardly moved during this same time period.

Of course, since the value of the U.S. dollar was going down, and not up, it would make sense that the USD/CNY currency pair would also move down during this same time period. But the USD/CNY has not fallen nearly as dramatically as the U.S. Dollar Index as a whole for the simple reason that we are in differing wave degrees of correction. The USD/CNY is in a very minor fourth wave corrective pattern, whereas the U.S. Dollar Index is in a larger-degree fourth-wave corrective pattern.

Now at ElliottWaveTrader.net, we had actually been expecting this corrective drop in the DXY to occur. Similarly we also expected the price of the USD/CNY to consolidate at the current levels. So neither the drop in the U.S. Dollar Index nor the consolidation of the USD/CNY came as a surprise.

We are now expecting that the DXY will start a large rally to the upside that should eclipse the March high of 100.27. We have to ask what will this increased pressure on the U.S. Dollar Index do to the price of the USD/CNY.

Well as we can see on our USD/CNY pair in the chart linked below, the current pattern is extremely bullish. This pair is currently in a bullish consolidation pattern that will most likely resolve to the upside in a very strong manner. Of course, the next move will likely come in the form of another "surprise" to most. In reality it will occur when the PBOC once again finds the forces of the market too great to overcome and is unwilling to continue selling their foreign-currency reserves to artificially keep the price of the USD/CNY pair depressed. So while we cannot predict when this will occur, we can predict with a fairly high level of confidence that it will occur sometime in the not-so-distant future and causing the pundits to once again raise the alarms for an all-out currency war in China.

See charts illustrating the wave counts on the USD/CNY.

Co-written by Avi Gilburt and Michael Golembesky from ElliottWaveTrader.net.