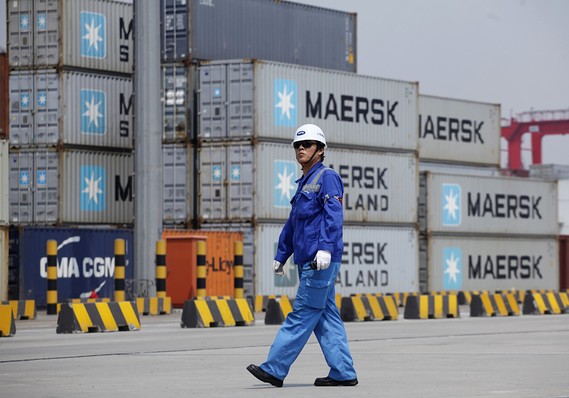 Reuters/file 2011
A container area at the Yangshan Deep Water Port, south of Shanghai.

CHICAGO (MarketWatch) — In a bit of bright news for the world economy, Chinese manufacturing grew last month, according to a survey released Saturday.

The China Federation of Logistics & Purchasing’s monthly purchasing managers’ index was up to 50.6 in November, a rise of 0.4 points over October. That was slightly short of market consensus of 50.8 but still indicates expansion.

“It is especially encouraging that the rise of PMI was mainly driven by new orders (to 51.2 in Nov from 50.4 in Oct), suggesting output will be further boosted in coming months,” said Bank of America’s Merrill Lynch. “By considering all information on hand, we believe the Chinese economy has bottomed out and is on track to grow 7.8% in [the fourth quarter] and 8.3%” in the first half of next year.

Further, “we expect improving fundamentals including rising PMI and earning growth to support prices of China-related stocks, commodities and currencies.”

China is the world’s second-largest economy behind the U.S., but has seen its growth slow along with the rest of the globe since the financial crisis of 2008.

William Spain is a MarketWatch staff writer in Chicago.