Cisco stock falls as slowdown spreads, CEO says ‘the entire quarter was worse than we had expected’

‘It feels like there’s a bit of a pause,’ Cisco CEO says as forecast disappoints for a second consecutive quarter 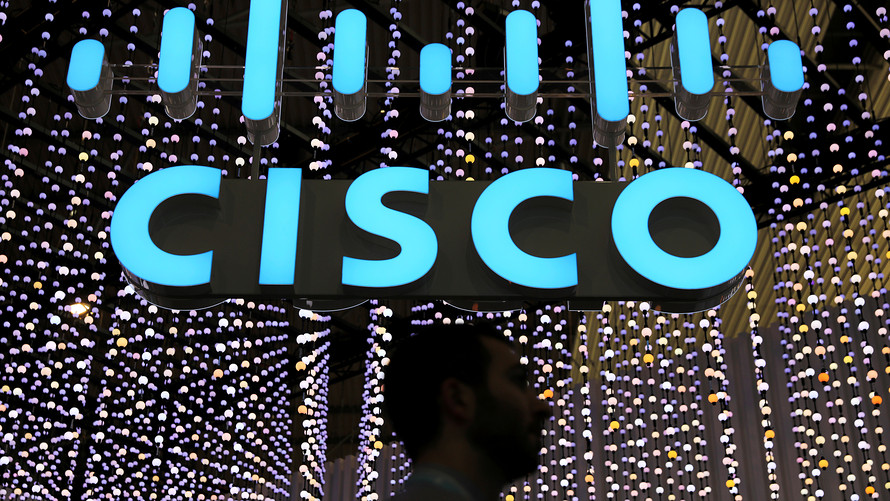 Cisco Systems Inc. issued a disappointing forecast for a second consecutive quarter Wednesday, sending shares down and increasing fears of a slowdown in global tech spending.

Cisco /zigman2/quotes/209509471/composite CSCO -0.51%  projected that revenue would fall 3% to 5% year-over-year in its fiscal second quarter, and guided for a slight profit increase to adjusted earnings of 75 cents to 77 cents a share. Analysts surveyed by FactSet had expected adjusted earnings of 79 cents a share and revenue of $12.75 billion, which would be a 2.4% increase from the year-ago quarter.

Chief Executive Chuck Robbins said that the problems that caused concern in the last earnings report increased in the past three months, with demand weakness spreading from service-provider offering and emerging markets to larger businesses, including enterprise and commercial.

“I did say that we began to see some early signs of some macro impact toward the end of Q4, and then we just basically saw that continue throughout the quarter and obviously the entire quarter was worse than we had expected when we began, and it was fairly broad-based,” Robbins said in a conference call Wednesday afternoon.

“It feels like there’s a bit of a pause,” Robbins said later in the call. “We saw things like conversion rates on our pipeline were lower than normal, which says things didn’t close the way we have historically seen it. ... It was really just stuff slipping. We saw some large deals get done but got done smaller.”