Updates to reflect that the World Bank has not funded a new coal-fired power plant since 2010. 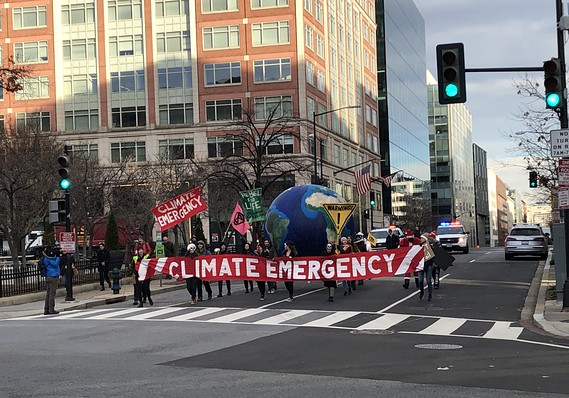 Enlarge Image
Protesters gathered outside the World Bank on Friday, saying the organization’s investments have contributed to climate change.

Climate change protesters took to the streets of Washington Friday morning, causing massive delays and road closures as they targeted the World Bank over the funding of fossil fuel projects.

Extinction Rebellion Washington D.C. said hundreds of demonstrators marched outside the bank’s headquarters. The group is part of a global movement that frequently organizes demonstrations like Friday’s, aimed at getting international leaders to act on climate change. Many demonstrators dressed as skeletons or wore gas masks. 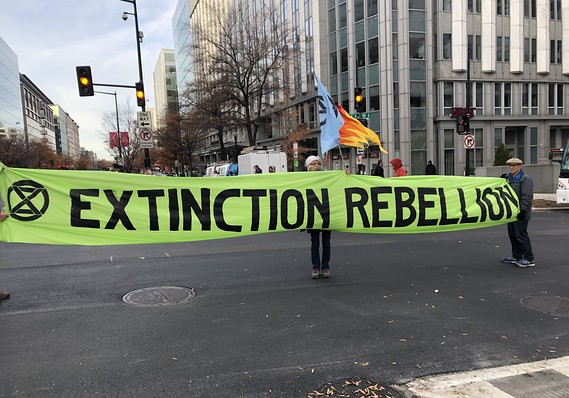 “They will tell you they are increasing their spending on renewables but, as the facts show, they are not doing nearly enough,” said an Extinction Rebellion D.C. spokesperson.

Earlier this year, a report found that the World Bank Group has made investments totaling $21 billion to support fossil fuel projects.

A World Bank spokesperson said that the institution has not funded any new coal-fired power plant since 2010, and has committed $17.8 billion this year to climate-related investments.

The same group that led Friday’s protest also organized a hunger strike outside of House Speaker Nancy Pelosi’s office last month. The group demanded she speak with them for an hour but she did not respond.

The California Democrat on Friday called climate change “the existential threat to this generation” and vowed at a Capitol Hill news conference to move next year on legislation to tackle the issue, the Hill reports.