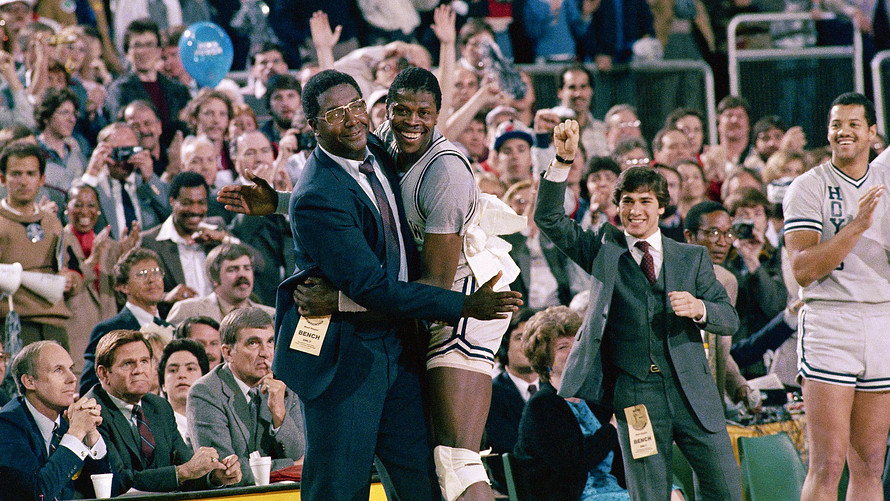 WASHINGTON (AP) — John Thompson, the imposing Hall of Famer who turned Georgetown into a “Hoya Paranoia” powerhouse and became the first Black coach to lead a team to the NCAA men’s basketball championship, has died. He was 78

His death was announced in a family statement released by Georgetown on Monday. No details were disclosed.

See also: NBA star Jamal Murray talks about his custom sneakers with pictures of Breonna Taylor and George Floyd — ‘These shoes give me life’

“Our father was an inspiration to many and devoted his life to developing young people not simply on but, most importantly, off the basketball court. He is revered as a historic shepherd of the sport, dedicated to the welfare of his community above all else,” the statement said. “However, for us, his greatest legacy remains as a father, grandfather, uncle, and friend. More than a coach, he was our foundation. More than a legend, he was the voice in our ear everyday.”

One of the most celebrated and polarizing figures in his sport, Thompson took over a moribund Georgetown program in the 1970s and molded it in his unique style into a perennial contender, culminating with a national championship team anchored by center Patrick Ewing in 1984.

Georgetown reached two other title games with Thompson in charge and Ewing patrolling the paint, losing to Michael Jordan’s North Carolina team in 1982 and to Villanova in 1985.

At 6-foot-10, with an ever-present white towel slung over his shoulder, Thompson literally and figuratively towered over the Hoyas for decades, becoming a patriarch of sorts after he quit coaching in 1999.

One of his sons, John Thompson III, was hired as Georgetown’s coach in 2004. When the son was fired in 2017, the elder Thompson -- known affectionately as “Big John” or “Pops” to many -- was at the news conference announcing Ewing as the successor.

Along the way, Thompson said what he thought, shielded his players from the media and took positions that weren’t always popular. He never shied away from sensitive topics -- particularly the role of race in both sports and society -- and he once famously walked off the court before a game to protest an NCAA rule because he felt it hurt minority athletes.

“I’ll probably be remembered for all the things that kept me out of the Hall of Fame, ironically, more than for the things that got me into it,” Thompson said on the day he was elected to the Hall in 1999.

Employing a physical, defense-focused approach that frequently relied on a dominant center -- Alonzo Mourning and Dikembe Mutombo were among his other pupils -- Thompson compiled a 596-239 record (.715 winning percentage). He had 26 players drafted by the NBA.

One of his honors -- his selection as coach of the U.S. team for the 1988 Olympics -- had a sour ending when the Americans had to settle for the bronze medal. It was a result so disappointing that Thompson put himself on a sort of self-imposed leave at Georgetown for a while, coaching practices and games but leaving many other duties to his assistants.

Off the court, Thompson was both a role model and a lightning rod. A stickler for academics, he kept a deflated basketball on his desk, a reminder to his players that a degree was a necessity because a career in basketball relied on a tenuous “nine pounds of air.”

The school boasted that 76 of 78 players who played four seasons under Thompson received their degrees.