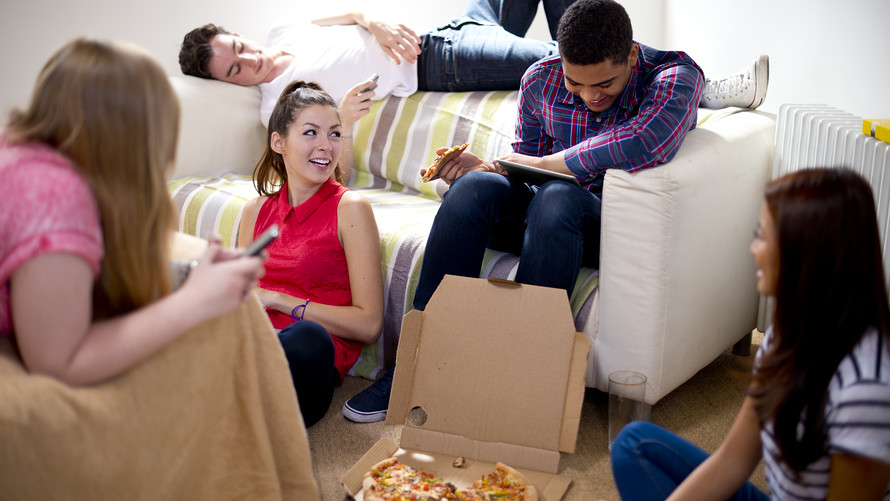 Americans may claim to value privacy, but it doesn’t take much to change those priorities.

Amid the firestorm over data firm Cambridge Analytica using 50 million users’ personal data from Facebook /zigman2/quotes/205064656/composite FB +2.94% , it’s important to note that users gave away much of their data — and that of their friends — willingly.

What’s worse, it doesn’t take much motivation to get users to sell people out: the vast majority of college students (98%) gave away their friends’ emails when promised free pizza, a study of 3,108 Massachusetts Institute of Technology (MIT) students published in August 2017 and circulated by the National Bureau of Economic Research found.

“Whereas people say they care about privacy, they are willing to relinquish private data quite easily when incentivized to do so,” the study’s authors wrote. The study’s main focus was on establishing a cryptocurrency community at MIT and measuring how students adopted the complex technology.

However, it also included an experiment in which students were asked for the contact information of their closest friends. Half of the students were given a small incentive in the form of an order of pizza to share with friends and 98% of those shared emails.

In the MIT study, fewer students — 94% — gave up friends’ email addresses when not given any incentives. In the non-incentivized group, 6% gave fake emails to protect their friends’ identities. Not giving an email address was also not an option.

This comes despite a professed dedication to privacy from many people. Nearly three-quarters of people (74%) in the U.S. believe it’s “very important” to be in control of who can get information about them and 60% say they would never feel comfortable sharing their email contacts. However, in the cases of Cambridge Analytica and this study, it didn’t take much to change their minds.

This isn’t the first time a disparity between people’s stated beliefs about privacy protections and the actions upholding them has been proven. More people than ever are susceptible to hacking and yet they routinely put their online privacy at risk by doing things like accessing public Wi-Fi or using weak passwords.

In fact, only 12% of internet users use any kind of password manager like LastPass or 1Password, which save complex passwords on a digital keychain to help people login securely, according to a report from security provider SplashData. Roughly two-thirds of respondents said they rely instead on memorizing easy passwords. Passwords “123456” and “password” topped the list of emails and passwords most frequently cracked by hackers for the second year in a row.

The latest study has a number of implications, researchers concluded, particularly in the realm of privacy policies and consent. Christian Catalini, an author on the study, said the results show people either overstate how much they care about privacy when asked in surveys, or that they do care about privacy but make rushed decisions online without considering future consequences.

“If the second [conclusion] is true, then it becomes important to rethink how ’consent’ is given in all these applications, mostly to make sure that consumers are actually making a choice consistent with their preferences,” he said. “As more of our lives are becoming digital, making sure we have control over how and when our data is used will become more important over time.”