Companies pushing controversial 5G spectrum auction offer to give at least 30% of proceeds to U.S. Treasury 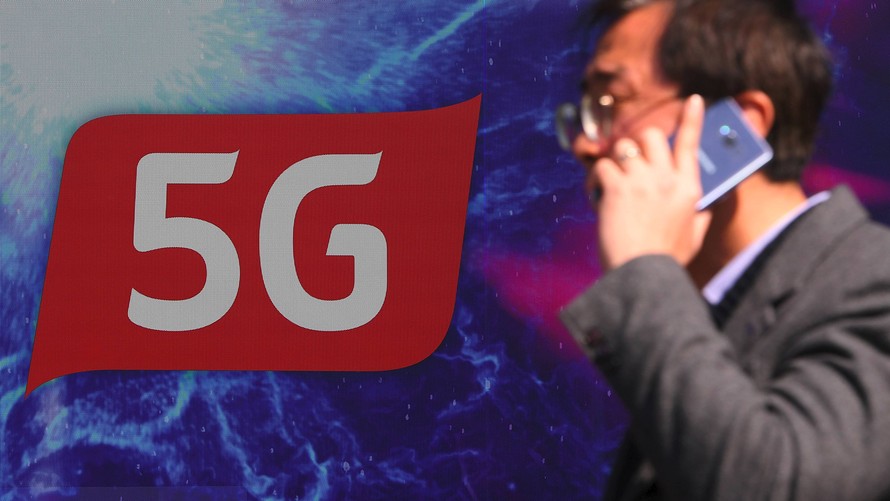 JUNG YEON-JE/AFP/Getty Images
A man walks past an advertisement for 5G service in South Korea.

The satellite companies behind a controversial plan for auctioning off key radio spectrum made a fresh push on Friday to win over skeptics, offering to pay at least 30% of the proposed auction’s net proceeds into the U.S. Treasury.

The offer, which also includes a promise to help with rural broadband, comes after some analysts earlier this week warned the Federal Communications Commission might delay making a decision on the auction plan following objections from Republican and Democratic lawmakers. Before the opposition from Republican Sen. John Kennedy of Louisiana and other lawmakers ramped up, an order favoring the companies’ proposal had looked on track to arrive as soon as at the regulatory agency’s Dec. 12 open meeting.

The auction is a key step in the U.S. deployment of 5G, as a section of spectrum would get repurposed for wireless carriers to use for fifth-generation services. Satellite companies Intelsat  , SES /zigman2/quotes/202472664/delayed FR:SESG +1.91%  and Telesat have proposed running a private auction for this “C-band” spectrum as they relinquish it, and they’ve formed a C-Band Alliance to lobby for this approach.

Their critics in Congress have said they want the FCC to run a public auction of the spectrum. Kennedy has stressed that the CBA’s members are foreign companies, and he has argued that an estimated $60 billion in potential proceeds from the auction should go to Americans. Intelsat and SES are both based in Luxembourg, while Telesat is based in Canada and its principal shareholders are Canada’s Public Sector Pension Investment Board and U.S.-based Loral Space & Communications Inc.

Shares in the satellite companies were rallying sharply Friday following drops earlier in the week amid concerns about the auction plan’s prospects. Intelsat’s stock was up 17% on Friday, but still down 41% for the week, while SES was higher by 4% and off 13% for the week. Loral gained 2% to cut its week-to-date decline to 3%.

“If the FCC adopts the CBA proposal, the CBA commits to pay a portion of net proceeds of a CBA-led auction to the U.S. Treasury using a progressive formula which ranges from 30% to 75% of proceeds depending on the outcome of the auction,” the alliance said Friday in a news release. “This payment to the U.S. Treasury would be calculated after the netting of all costs incurred to plan for and take all actions to implement the CBA proposal to clear 300 MHz of spectrum and is inclusive of all federal income tax liabilities incurred by the CBA member companies as a direct result of the auction.”

The industry group also “has initiated discussions with members of Congress to develop a proposal to fund the deployment of an open access 5G network for rural broadband, which may include a combination of spectrum and capital contributions,” the alliance added.

In a filing Friday with the FCC detailing the offer, the CBA also noted that it would start the auction in next year’s first quarter, if the agency backs the private auction plan next month.

The offer of at least 30% of proceeds appeared to top some analysts’ expectations. Height Capital Markets analysts previously had estimated the negotiated amount could be a “20% cut, net of clearing costs, for the government.”

The CBA has maintained its plan offers “by far the fastest way” of achieving 5G deployment and competing with other countries — especially China, where a long-awaited 5G service has just rolled out — and yet not disrupt existing U.S. broadcast services.