Congress agrees on deal to avert government shutdown through Dec. 20 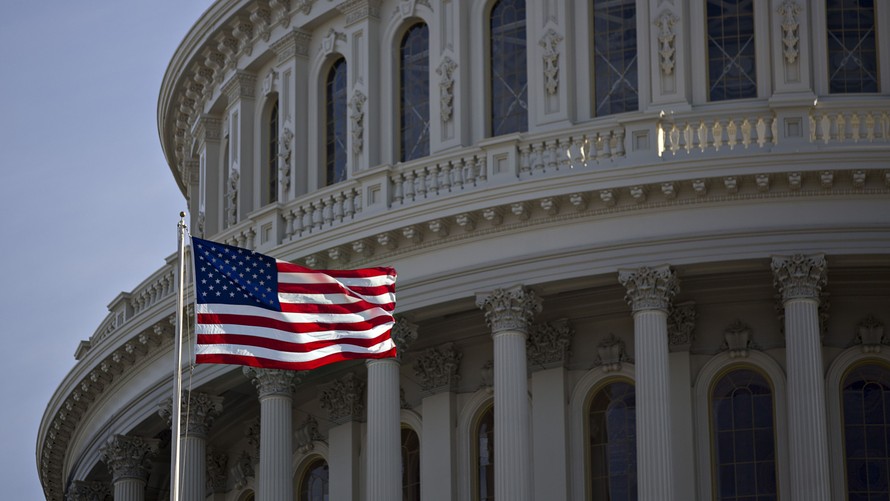 WASHINGTON — A top House lawmaker announced Tuesday that Congress will pass a governmentwide temporary spending bill to keep the government running through Dec. 20, forestalling a government shutdown as the House turns its focus to impeachment hearings.

Appropriations Committee Chairwoman Nita Lowey, D-N.Y., made the announcement after meeting with Senate counterpart Richard Shelby, R-Ala., in hopes of kick-starting long-delayed efforts to find agreement on $1.4 trillion worth of agency spending bills.

A fight over President Donald Trump’s demands for up to $8 billion in new funding for his U.S.-Mexico border fence project is largely responsible for an impasse on the huge spending package, which would implement the details of this summer’s hard-won budget accord.

The politically explosive impeachment hearing and the possibility of impeachment and a trial aren’t making the jobs of dealmakers like Lowey any easier. It’s yet another layer of complications for senior lawmakers pressing not just for an agreement on agency budgets; it’s also complicating action on a long-sought rewrite of the North American trade rules.

The coming weeks could still be the last, best opportunity for lawmakers to wrap up their work on the budget and the trade deal, even as stakeholders admit the timetable could easily slip amid foot-dragging and partisan flare-ups.

As the House returns from a quick break, the sole piece of must-do business before Thanksgiving is to pass a governmentwide stopgap spending bill to avert the second government shutdown within a year.

The top leaders of the House and Senate Appropriations committees met Tuesday afternoon to try to make progress toward a year-end deal on a massive appropriations package. Greeting reporters after a meeting with Shelby, Lowey sought to dispel worries of a shutdown when current funding expires next Thursday.

Shelby and Lowey promised a renewed push toward completing their unfinished work in coming weeks but offered no specifics.

Most notably, a recurring fight over Trump’s U.S.-Mexico border fence and immigrant detention practices is making it difficult for House Speaker Nancy Pelosi, D-Calif., and Senate Majority Leader Mitch McConnell, R-Ky., to make progress on a broader, full-year $1.4 trillion spending bill. That measure is needed to implement the terms of last summer’s hard-won budget agreement, which distributed budget increases to both the Pentagon and domestic agencies.

McConnell is personally invested in a successful budget outcome and both he and Pelosi have long histories on appropriations.

The other top issue is a legislative update to the landmark North American Free Trade Agreement, which is especially sought by Trump’s GOP allies and the party’s Main Street supporters.

Pelosi is the key figure on trade, which is always a tricky issue for Democrats, even if the politics of the new United States-Mexico-Canada Agreement are nowhere nearly as divisive as NAFTA was 26 years ago.

Neal is leading a working group on the measure and says the group is “on the 5-yard line” and the optimistic take is that he and Pelosi will bring USMCA in for an easy landing.