Consumer confidence stabilizes in May after sharp plunge in prior month 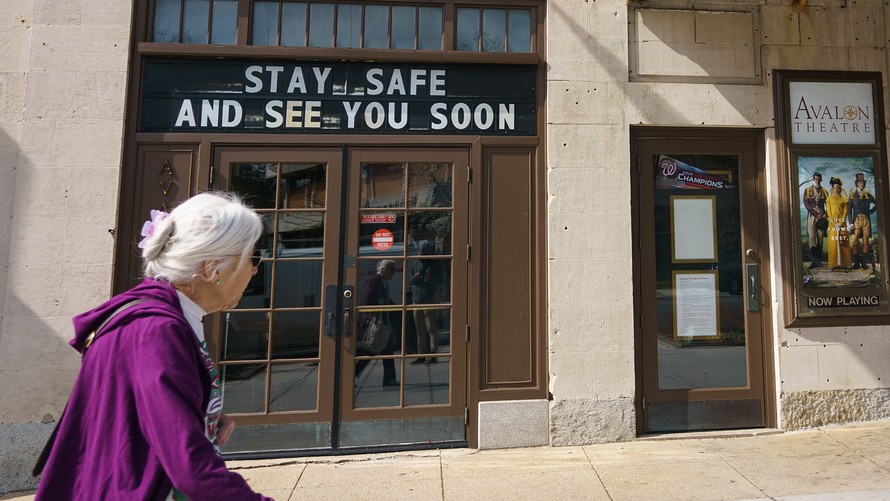 AFP via Getty Images
A message is seen on the sign on a movie theater in Washington, D.C.

The numbers: The closely followed index of U.S. consumer confidence rose slightly to 86.6 in May from a revised 85.7 in the prior month, the Conference Board reported Tuesday. This follows rapid declines in the index in March and April. Economists polled by MarketWatch expected a reading of 86.8 in May. 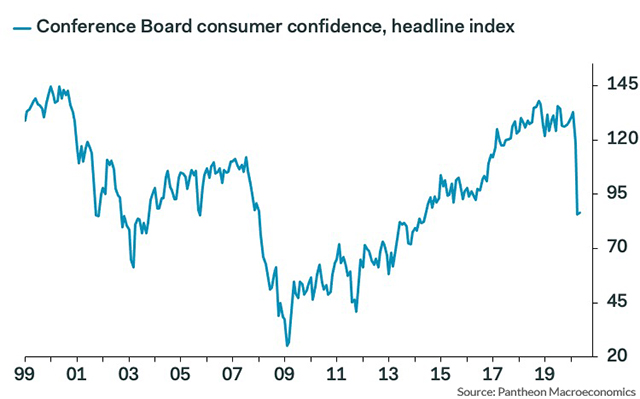 Consumer confidence did not fall as much in the pandemic as it did during the 2008 financial crisis.

What happened: An index that gauges how consumers feel about the economy right now fell sightly to 71.1 in May from 73.

Another gauge that assesses how Americans view the next six months — the so-called future expectations index — edged up to 96.9 from 94.3.

Big picture: Economists and the Federal Reserve believe consumer spending will be the key to the outlook going forward. Spending will be a big drag on growth in the second quarter as consumers stayed at home due to the coronavirus pandemic. But with states reopening and consumers helped by government rebate checks and unemployment insurance, there is a chance for a pickup in shopping in coming months.

A separate survey from the University of Michigan showed consumer sentiment also improved slightly in early May.

What are they saying? “The big picture here is that the net drop in confidence in recent months has been only about three-fifth the size of the collapse before/during/after the crash of 2008, even though the hit to the labor market has been much bigger. We’re guessing that this is partly because people believe the pandemic will pass relatively quickly, and partly because stimulus checks and greatly enhanced unemployment benefits have shielded many people - for now - from the financial consequences of the disaster,” said Ian Shepherdson, chief economist at Pantheon Macroeconomics.