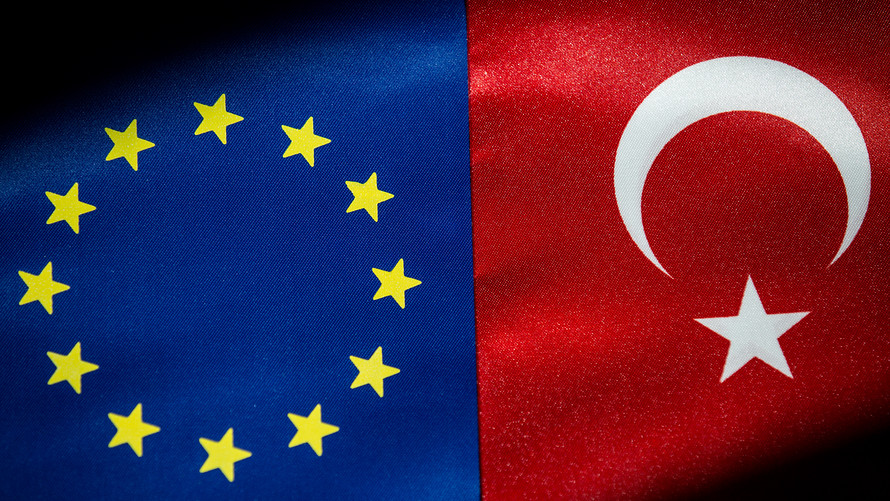 Amid fears that the Turkish lira’s swoon will result in further pain outside the country’s borders, one analyst says investors can take the European banking sector off the list of hotzones at risk of contagion from the emerging-markets crisis.

Despite the widespread selling in European bank stocks seen earlier this week, David Carruthers, head of research at Credit Benchmark, says the balance sheets of the European financial sector are in better shape than market participants give credit, and could withstand souring loans from Turkey.

See : Why Turkey’s currency crisis is rattling Europe bank stocks and the euro

“Everything I’ve looked at, the concerns [over European banks] are really overdone. If you look at the credit quality of European banks, it’s been pretty stable,” said Carruthers.

Read : How the lira selloff compares to Turkey’s previous crises

“A lot of the Turkish corporates have borrowed in dollars, it’s a fatal mistake but it always seems to happen,” said Carruthers.

But Carruthers estimates that even banks which maintain sizable exposures to Turkey’s debt would see, at most, a 0.2 percentage point drop in their ratio of equity to their overall assets, if those Turkish loans went pear-shaped, leaving them with “significant spare capacity.”

European regulators say banks must maintain a certain ratio of equity against its assets, consisting of loans, cash and investments. Currently, the ratio of equity to assets, or its Tier 1 ratio, stands above 10.5%, under Basel III rules.

Those levels are meant to insure against unexpected losses and banks are required to maintain those levels to pass muster with financial regulators. On average, the average ratio of equity to assets for European banks stood at 15.26% in the first quarter of 2018, European Central Bank data show. 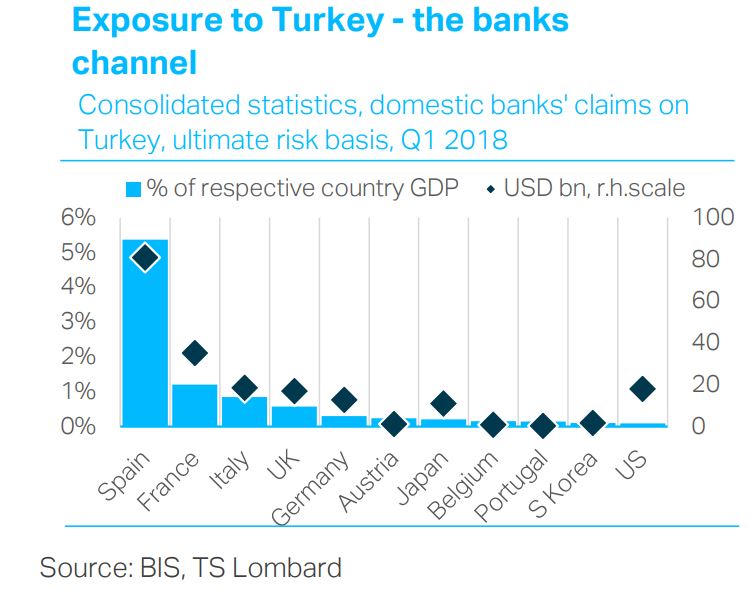 Still, the web of connections between European banks and Turkish companies means the struggles of one bank could have a knock-on effect on other financial institutions. Analysts at ABN AMRO /zigman2/quotes/200878449/delayed CA:ABN +10.00% point to Spanish bank BBVA /zigman2/quotes/204078760/composite BBVA -0.94% as a potential source of contagion. It has $90 billion of assets in Turkey, or 12% of its overall assets loans.

“If BBVA is forced to deleverage, inflicting wider damage on the Spanish economy and the banking system, the repercussions could be quite severe due to the complex financial linkages among European banks,” said Shweta Singh and Davide Oneglia, economists at TS Lombard, in a Monday note.

Carruthers makes the argument, however, that while a deeper slide caused by Turkey’s lira decline could ripple through Europe, they may also be more readily absorbed.

Credit Benchmark’s data which tracks and aggregates the credit risk assessments from big banks show their outlook for defaults in their own industry in the past few years. In the chart below, the probability of default for European banks has stabilized, even as the finances of Turkish banks have worsened. 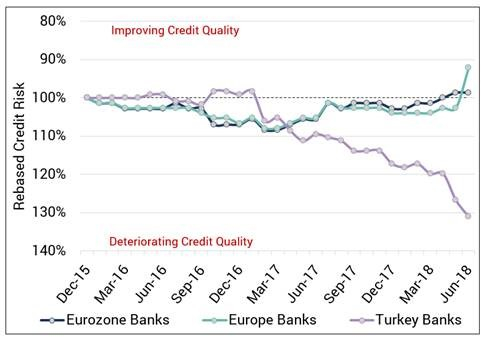