Swimming against the current

NEW YORK (MarketWatch) -- Warren Buffett famously said he tries to be fearful when others are greedy and greedy when others are fearful. For some money managers, that isn't just clever advice -- it's an entire investing strategy. 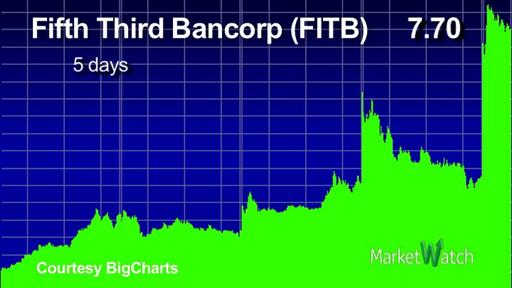 Many bank stocks rallied on Friday, after results of the government stress tests on banks produced results that were not as bad as expected in some cases. (May 8)

And as investors rushed for the exits last year, these managers kept diving in, frequently engaging the most feared areas of the market.

"It's not uncommon for a new client to call me when I buy a stock, asking me what the hell I'm thinking," said Bernie McGinn, president and chief investment officer of McGinn Investment Management, Inc.

But clients soon get used to his unorthodox approach, McGinn said, often asking why he isn't making certain buys.

"The basic premise of investing is 'buy low and sell high,'" he said. "And low is when nobody else wants it."

But even the professionals don't always get it right. Legendary contrarian-minded managers such as David Dreman and Marty Whitman had a tough 2008, with Dreman Contrarian Large Cap Value Fund and Whitman's Third Avenue Value Fund /zigman2/quotes/207225650/realtime TAVFX -4.30% losing 45% and 46%, respectively.

As the market has bounced back in recent weeks, these and other contrarian-style funds, with their bargain-minded ways, have been outperforming. Dreman Contrarian Large Cap Value is up about 7% so far this year, while Third Avenue Value has gained around 13% and Miller's fund is up 8% -- well ahead of the Standard & Poor's 500's /zigman2/quotes/210599714/realtime SPX -1.72% 2% rise.

Contrarian investing is "a discipline that's hard for an individual investor to follow," said Russ Kinnel, director of mutual-fund research at investment researcher Morningstar Inc. "It's tough to know when to get in and when in fact a stock deserves to be battered."

Head in and hold on

The managers at Evergreen Capital Management take Buffett's advice almost literally. The firm studies the flow of money moving into and out of mutual funds as a starting point for its investment decisions, looking into areas of the markets where net outflows -- selling pressure -- is greatest.

But patience is the key. McGinn said his portfolio turnover rate is about 30% -- about one-third of its holdings are changed each year. The industry average for a U.S. stock fund is 100%, according to Morningstar.

"If you had a one- or two-year view, I don't see how you'd buy anything right now because earnings outlooks are so low," added Ian Lapey, senior member of the investment team at Third Avenue Value.

Lapey said his fund holds a stock for about five years on average, and historically has had a turnover rate of 10%, though partly because of redemption requests last year that figure has climbed to about 20%.

While she wouldn't call herself a contrarian investor, Zerhusen said that she likes to buy what others are selling.

Evergreen Capital's portfolios -- which use index-linked exchange-traded funds -- also have a turnover of about 30%, Hay noted. The firm's approach marries money flows with valuation. A security with outflows and low valuation is a "buy," while extreme inflows and high valuations flash a "sell" signal.